Stung: Deforestation Has Led To A Sharp Decline In The Bee Population

Changes in vegetation and human activity are adversely impacting a critical element in nature.
By Christian Valera Rebolledo May 21, 2021
Facebook
Twitter
Linkedin
Email 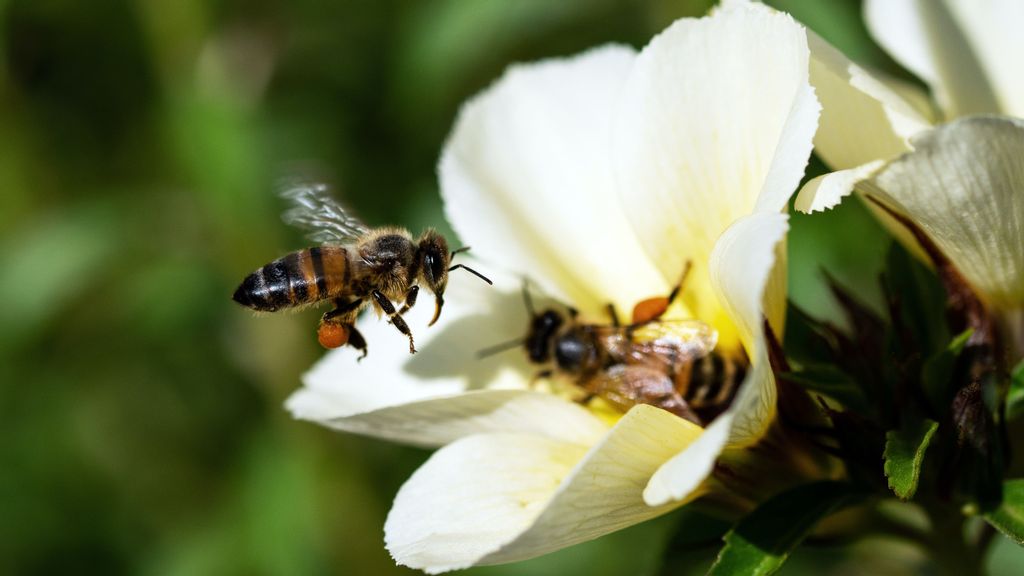 Bees are of utmost importance in the pollination cycle, but they are in danger of going extinct. (David Clode/Unsplash)

The world could be in serious trouble without bees, say experts.

However, in recent years, their numbers have dropped significantly around the globe. Mexico is no exception. Of the more than 20,000 bee species that exist in the world, 26 live in the Mexican state of Veracruz.

These 26 species are also in danger of extinction. They include the pale-tailed mining bee, the moss carder bee, the armed nomad bee and the furry-bellied blood bee

Each spring, Veracruz registers the passage of migratory bees. Despite the fear they provoke, both experts and the local government ask people to let them pass without disturbing them, much less killing them.

Deforestation has already damaged these noble insects beyond repair.

“We have lost many species of trees, vegetation and therefore, pollinators such as bees — which is what interests us the most. Many people get scared by their presence out of a fear of getting stung. Still, we all should avoid killing them senselessly,” said Javier Rangel, a beekeeper from the city of Coatepec, Veracruz.

Several organizations are working on environmental recovery to protect bee colonies, not only in Veracruz but also in Oaxaca and Puebla. Part of these institutions’ mission is to get local communities involved and further their knowledge of beekeeping and honey production.

“Although we need to teach people to take better care of the bees, the end goal is to create sustainable ecosystems for future generations. It would be a massive benefit to them that would develop several opportunities for the community if they had the know-how to work and maintain it,” said the beekeeper.

Other factors that pose a latent risk for hundreds of migratory hives are forest fires and the potent pesticides farmers use to protect their crops.

“In addition to the people that smash them, set them on fire or drown them with water and soap, the fungicides and pesticides that farmers use is one of the main causes for the death of bees. Herbicides are even worse, as they not only kill the bees but the flowers as well, so there is no pollination cycle,” said Rangel.

Today, bee swarms in cities are at significant risk. Honey producers ask the population that, instead of calling firefighters to remove the hives, call a beekeeper to capture them.

“In recent years, many regions known for their honey have stopped or decreased their production. Further, bee pollination contributes to nearly 80 percent of the food that we directly or indirectly eat,” said the beekeeper.

Some citizens of Veracruz believe the fear of suffering stings undermines the importance of taking care of migratory bees, due to the deaths registered by African bees.

“A hive can appear almost like magic, from one day to the other, on a roof, a tree branch, or even on top of a car, and the first thing we do is calling the firefighters,” said Abelina Cruz, a housewife. “After all, one does not know if the hive belongs to regular bees or killer bees. Sadly, we have had several deaths here in Veracruz due to the stings of African bees.”

One of Mexico’s indigenous species is the Melipona, a stingless variant of bees. The Mayans considered this bee sacred. Even now, beekeepers long to obtain a hive, due to its high-quality honey. Sadly, the trees most preferred by this species have significantly suffered, due to excessive logging for over 10 years.

“No government or specialist have made lasting campaigns and policies that make people understand the differences between bees and their importance. If people knew more about the subject, there would be more awareness of the importance of migratory bees, and people would not try to kill them or call the firefighters to remove them,” said Cruz.

«Previous Post
Vaping: The Jury Is Still Out On Its Safety Vs. Traditional Smoking »Next Post
Sheila Carrasco Plays Dead In CBS’ Upcoming ‘Ghosts’