Kera, a 16-year-old gorilla, has taken the little one under her wing.
By James King May 20, 2021
Facebook
Twitter
Linkedin
Email 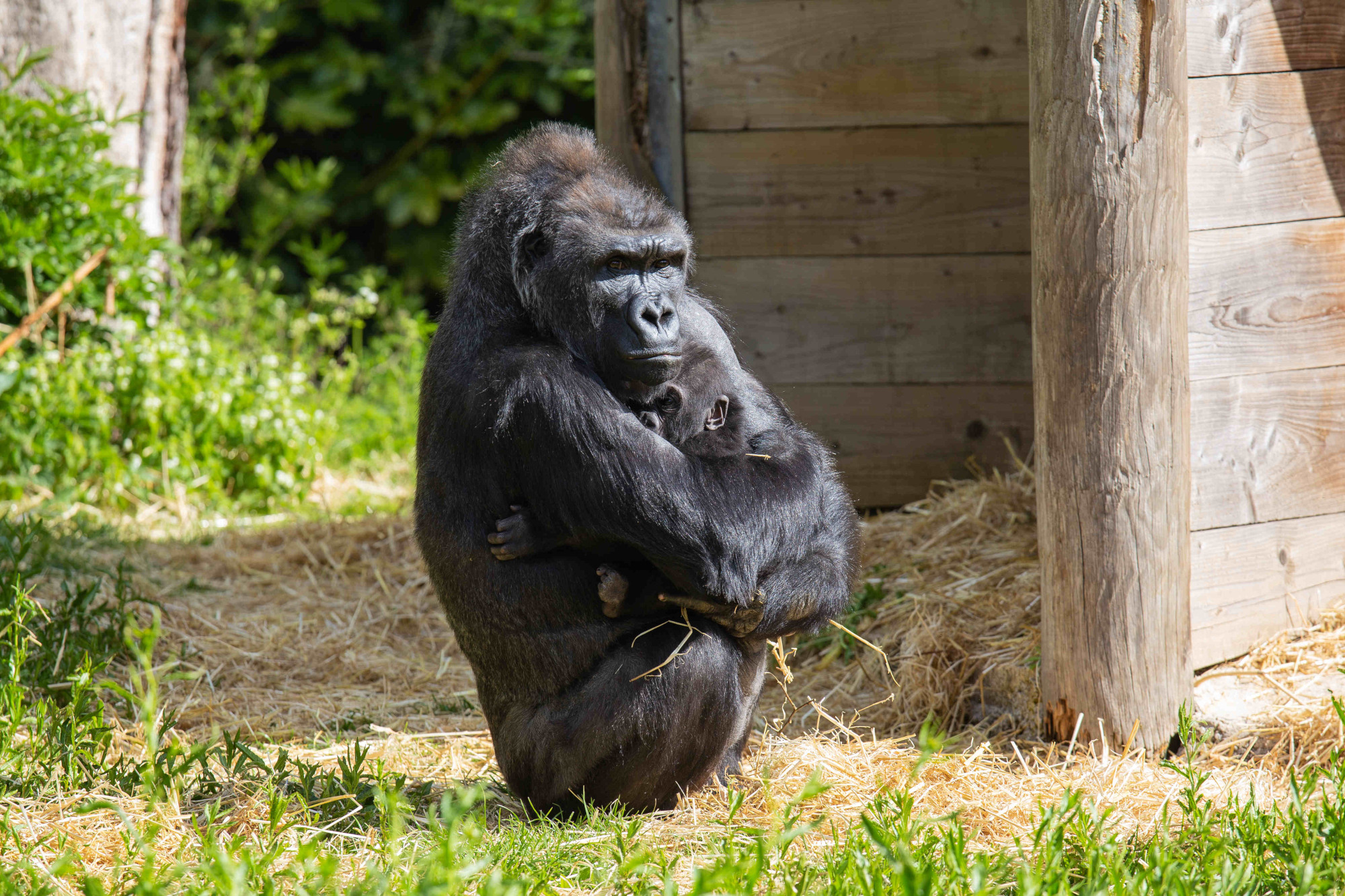 A surrogate mother has taken over care of Hasani, an infant Western lowland gorilla, at England’s Bristol Zoo Gardens.

His mother, Kala, was unable to care for him after giving birth last August. Six zookeepers took turns tending to Hasani and feeding him around the clock for seven months.

Eventually, keepers slowly introduced Hasani to 16-year-old Kera, hoping the two would bond and she could become his surrogate mother.

It is the first time Kera has looked after an infant. She had a daughter, Afia, five years ago by caesarean section, but she was so ill another gorilla, Romina, became a surrogate mother to Afia.

“Although Kera had no rearing experience, she is very intelligent, and we have been able to nurture her behavior,” Lynsey Bugg, the zoo’s curator of mammals, posted on the zoo’s website.

“She has seen several other females rear their youngsters and had a good foundation on which to build. All the way through hand-rearing, Kera was keen to spend time with Hasani, and the two always seemed to get on well.”

Hasani is now spending every day and night with Kera and making good progress.

“This is a fantastic success,” Bugg posted. “We have taken a young gorilla that would otherwise have died and turned him around, and he is back with his fellow gorillas inside a year. It is an amazing achievement.”

Hasani will remain close to his surrogate mother for the next three to four years as he learns to become more independent.