Goal was to protect a village and its surrounding forest. 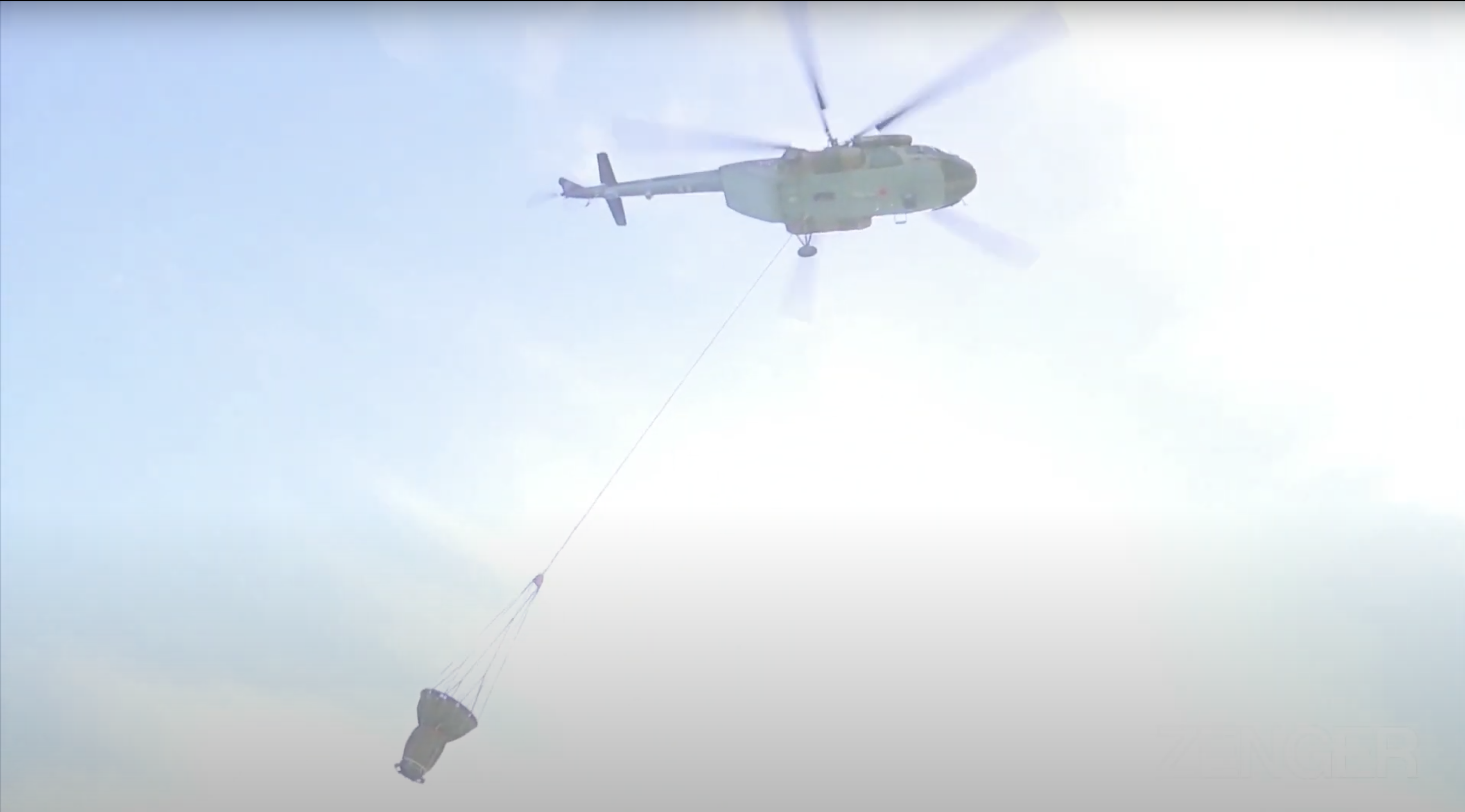 About 14 tons of water were dumped from a military helicopter to help extinguish fires near a village in the Yekaterinburg region in Russia.

The Ministry of Defense of Russia posted a video of the Mi-8MTV5 military transport helicopter using a large tethered bucket to gather some water at a nearby lake. It then dispersed the liquid on the burning areas on May 18.

Seven ground-based pieces of equipment were also used to help tackle the flames, along with more than 50 military personnel, according to local press reports.

The main goal was to create fire-fighting mineralized belts to protect the unnamed village, which has a population of about 250 people, and the forest surrounding it.

Because of strong smoke, traffic on the Yekaterinburg-Tyumen highway was blocked for a time.

No further details about the fire and its cause are available.