The Siberian tiger, classified as endangered, has a new female partner.
By Georgina Jadikovskaall May 20, 2021
Facebook
Twitter
Linkedin
Email 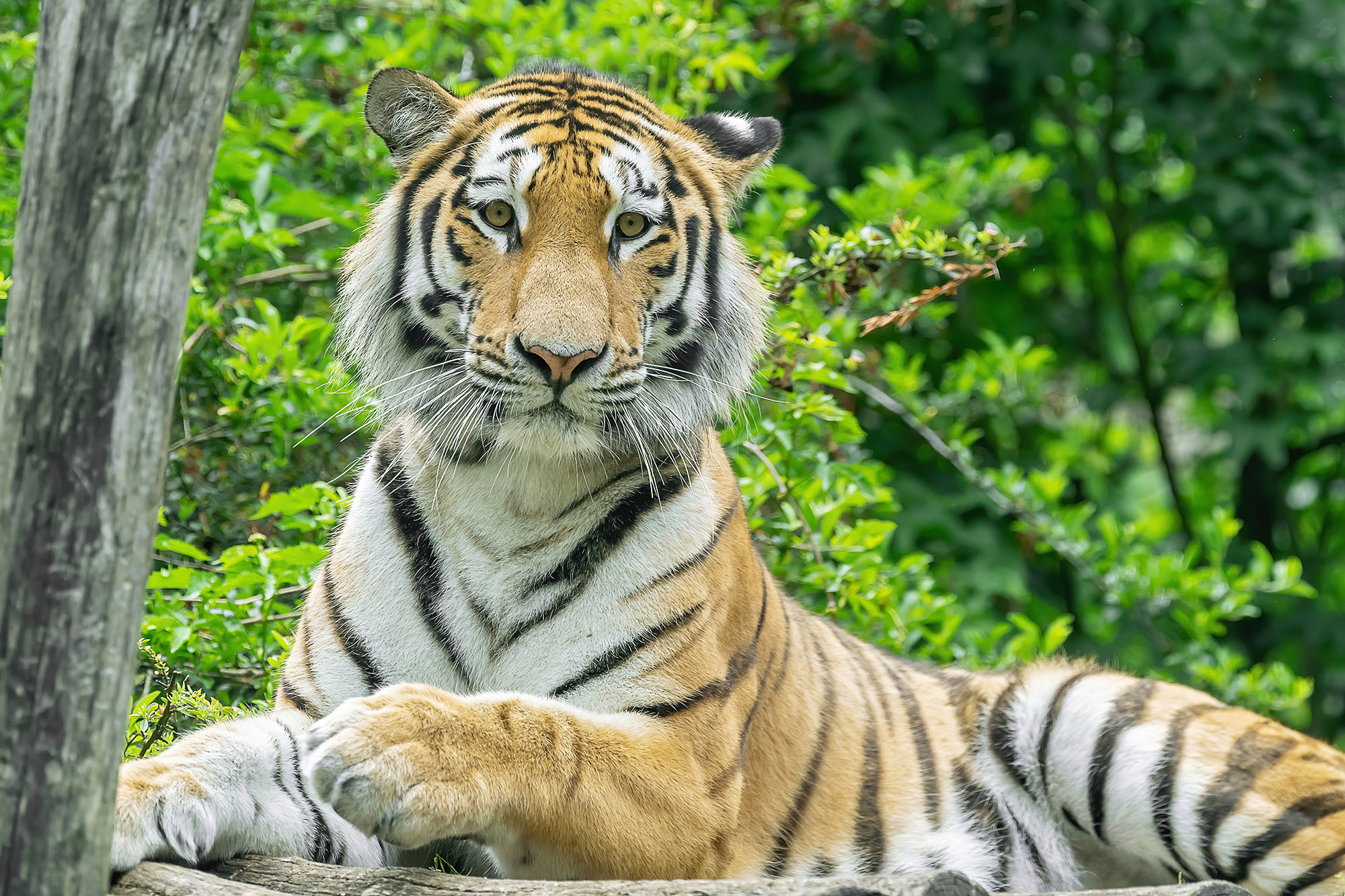 Male Siberian tiger Pepe was brought from Portugal to mate with a tigress at the Tiergarten Schonbrunn Zoo in Vienna. (Daniel Zupanc)

A Siberian tiger from Portugal is expected to become the new mating partner of a tigress in the Tiergarten Schonbrunn Zoo in Vienna.

“Pepe is 2 years old and comes from the Lisbon Zoo,” said zoo director Stephan Hering-Hagenbecke. “He is the new partner for our tigress Ina, who was born in our zoo in 2008.”

Though the two animals have been kept apart for now, the 13-year-old tigress was curiously watching Pepe after his arrival on May 17, the zoo director said.

The two animals have similar physical traits, but Pepe is a bit taller, and Ina has a lighter coat and a shorter snout, said district manager Andreas Eder.

Siberian tigers are classified as endangered on the International Union for Conservation of Nature Red List, meaning they are likely to become extinct in the near future.

The zoo in Vienna had previously bred Siberian tigers, but stopped a while ago to prevent the bloodline from being overly represented in the population.

“Now Ina’s genes are very valuable for a tiger population in captivity, and we would be happy if it works out with the offspring,” said Hering-Hagenbeck.