The primates' new nests are shaded and cooled with a special fog system.
By Georgina Jadikovskaall May 20, 2021
Facebook
Twitter
Linkedin
Email 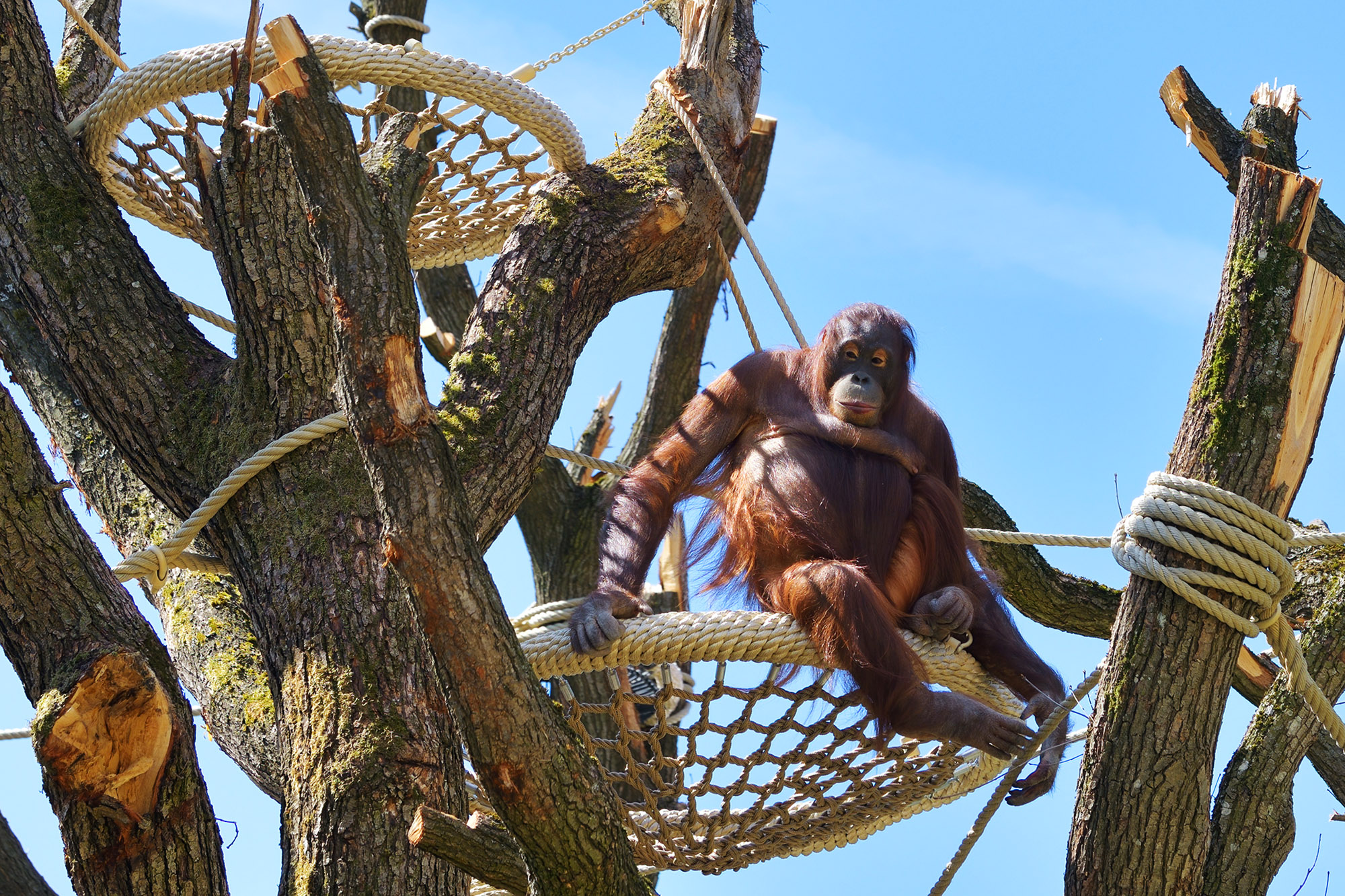 Orangutans at an Austrian zoo got a big surprise after leaving their indoor winter quarters. Once outside, they were greeted with the sight of a new climbing garden.

Orangutans Mota, Sol, Surya and Vladimir got their play area as a gift from the Austrian Federal Forests.

Despite the lockdown, authorities at the Tiergarten Schönbrunn (Vienna Zoo) and employees from the forest group used the winter months to set up oak and locust trees to serve as a new outdoor area for the apes.

The trees, which were estimated to weigh several tons each, were taken from the Mannersdorf Nature Park in the Austrian state of Lower Austria.

“In their natural habitat, on the islands of Borneo and Sumatra, orangutans live in primeval forests, mainly in the treetops,” said Stephan Hering-Hagenbeck, zoo director.

“We have created a new natural climbing garden for them — with nests as resting places shaded and cooled with a special fog system.”

In addition, ropes with a total length of about 2,600 feet were attached between the trees, which can be up to 400-plus feet tall.

These sap-rich trees were harvested by the Austrian Federal Forests in January when they were still in dormancy. “The 12 trees had to be strong and vigorous with thick branches,” said board member Rudolf Freidhager.

“This is why we are dealing with oaks and Robinia, which are particularly robust and can withstand the strength of the great apes.”

These trees, which enable a real-life climbing area due to their wide crowns, are also used in shipbuilding, playground construction and furniture design.

The heaviest crown of all the trees used in the garden weighs 3.5 tons, according to the forestry officials.

The trees were harvested using a cable pull in order to prevent crown damage and enable a pleasant climbing environment for the orangutans.

“Sol and Sari were the most curious ones. They were the first to try out the new climbing ropes and tree trunks. Now the others are exploring what there is to climb,” said Hering-Hagenbeck.