The 40-day breeding season is underway in a Swiss zoo.
By Georgina Jadikovskaall May 20, 2021
Facebook
Twitter
Linkedin
Email 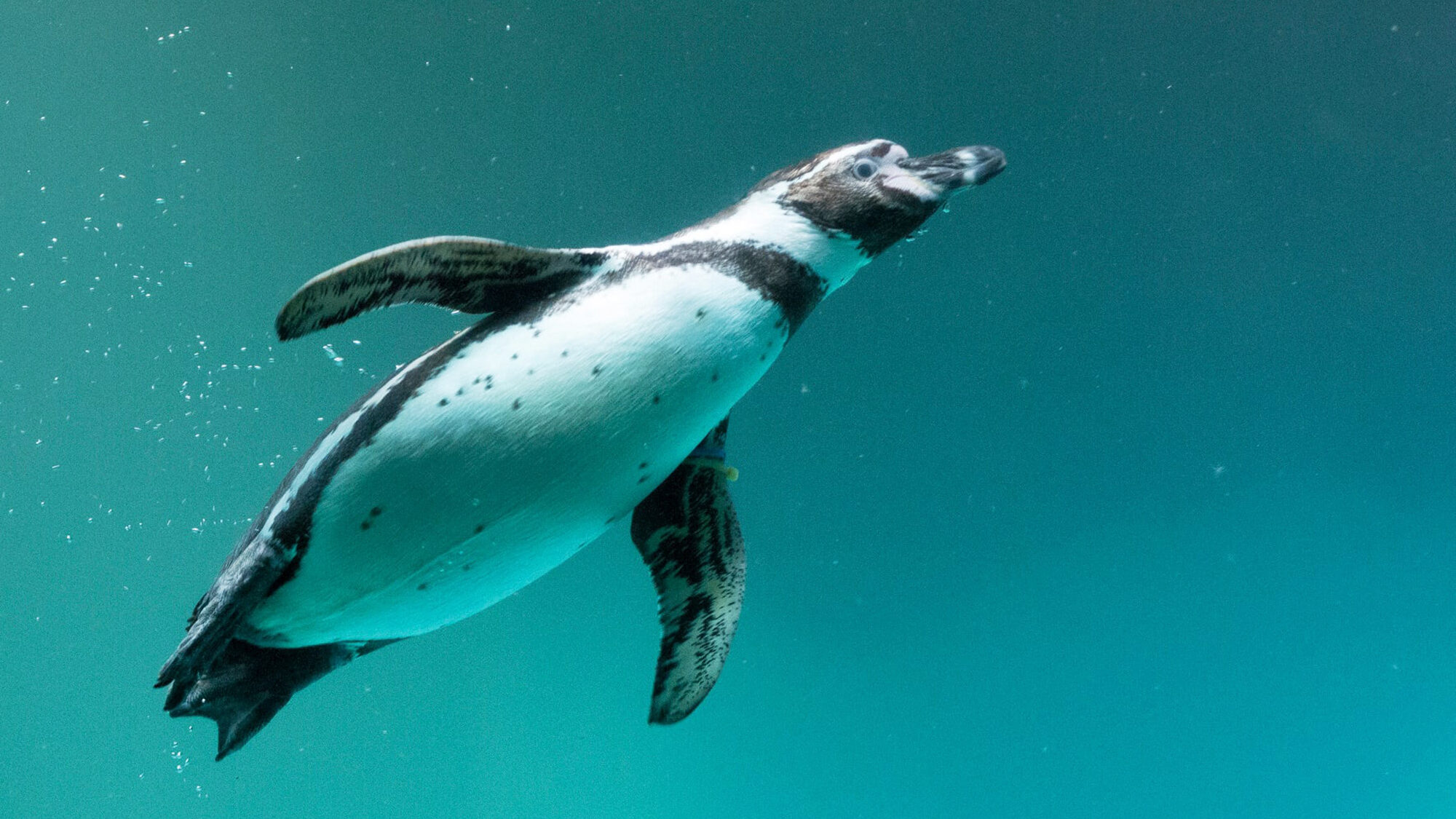 Humboldt penguins in the Zurich Zoo in Switzerland have started hatching eggs and rearing their young, sometimes helped by male-male couples.

“The lives of male and female penguins are not as different from each other as we may expect,” according to an article from Museum Studies at Tufts University in Massachusetts. “Regardless of sex, a parent’s responsibilities are similar — both invest equally in raising their chick. Aside from reproductive barriers, there is no reason why same-sex penguin couples cannot be successful parents.”

The Humboldt species are medium-size penguins native to the west coast of South America, from Peru to Chile. They were named after German naturalist and explorer Friedrich Wilhelm Heinrich Alexander von Humboldt, once they were described as a new species by Prussian physician-botanist Franz Julius Ferdinand Meyen during his expedition to South America in 1834.

They feed primarily on fish and squid and catch their prey in coastal waters. Most feeding occurs within 50 to 60 feet of the surface.

Humboldt penguins, which prefer to breed in nest holes they dig in seabird excrement known as guano, usually incubate two eggs over 40 days. Half of the pairs incubate eggs twice a year.

Since same-sex penguin couples are common among the species, they will “steal” an egg from straight parents in order to incubate it, zookeepers said.

Zoo officials reported that two male penguins successfully incubated a stolen egg and raised the young chick at the Zurich Zoo in 2009.

“Penguins often lay more than one egg, though only one is likely to survive. In captivity, a same-sex penguin couple can adopt any extra eggs (though sometimes they steal eggs instead),” the Tufts University report states. “It’s likely that this happens in the wild too — though it’s harder to say.

Both parents search for food for the chicks within a radius of around 12-22 miles from their colony.

Humboldt penguin populations in the wilderness have been declining since the mid-19th century. They have been subjected to strong fluctuations over the last years, due to perishing in fishing nets. Also, the harvesting of guano has significantly reduced the number of breeding grounds.

According to the IUCN Red List, the Humboldts’ conservation status ranges from Least Concern to Endangered.

The Zurich Zoo has housed Humboldt penguins since 1954.