"60 Minutes" veteran says people wrongly believe she is biased but has survived 50 years in news by loving ‘every single story.’
By Claire Swift May 20, 2021
Facebook
Twitter
Linkedin
Email 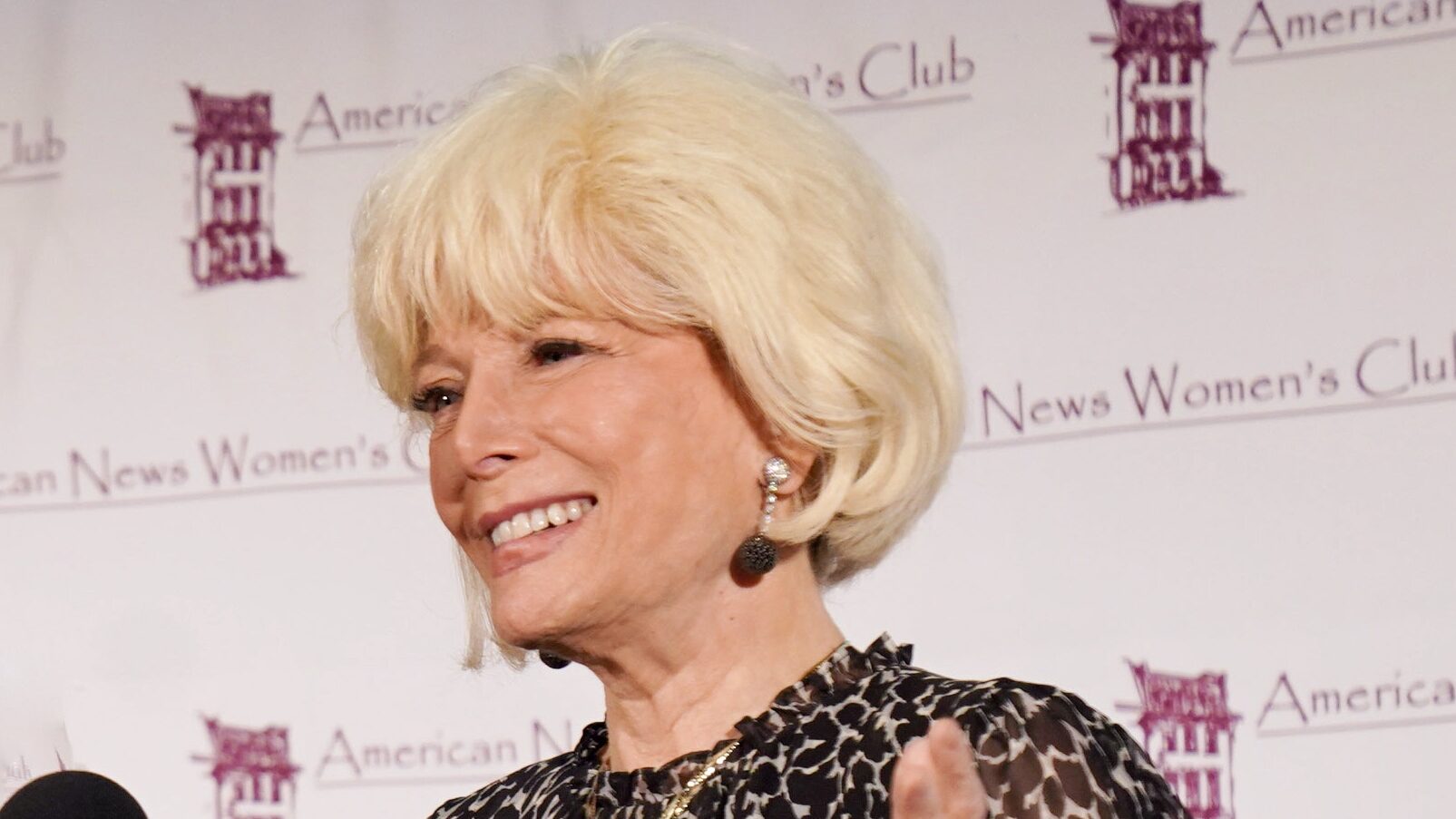 Lesley Stahl glimmered on stage at the National Press Club as recipient of the ANWC's Excellence in Journalism award while she took a jab at some of her legendary colleagues to help raise funds for journalism scholarships. (Patricia McDougall/American News Women's Club)

WASHINGTON  — Network television news can’t survive long-term in its current form, according to CBS “60 Minutes” correspondent Lesley Stahl, who says news broadcasting has suffered a long-term crisis that has at times “shredded” its credibility.

According to the 2021 Edelman Trust Barometer, the public’s trust in traditional media is at an all-time low.  Stahl believes doubts about the news media’s credibility existed before the presidency of Donald J. Trump but were deepened during his term in office.

Speaking on camera on the sidelines of an American News Women’s Club roast in her honor, Stahl said she has been an impartial reporter even as the lines between reporting and opinion began to blur more than two decades ago.

“I’ve been trained to be fair, to listen to both sides. When I started, we had the Fairness Doctrine. We were mandated to present both sides in the story. We’re not mandated anymore, but it’s a muscle and we use it, so I don’t think I’m biased,” she told Zenger News. “Now, what’s the perception out there? I promise you the perception is that I am, and I know that that’s true.

“I know our credibility has been shredded,” said Stahl. “And while Donald Trump went a long way to make those tears, he didn’t start it. It was that way for many years before he became president. We have a problem.”

The roast, held at the National Press Club in Washington, was a benefit to provide scholarships to journalism students.

Stahl emphasized her enthusiasm for good storytelling in a divided news environment. The 79-year-old veteran correspondent, who will mark 50 years with CBS News next year, also told Zenger that the cost of producing TV news broadcasts will eventually make them unsustainable.

Stahl began her CBS career covering Watergate. She was the network’s first female White House correspondent and moderated “Face the Nation” from 1983 to 1991. After 29 seasons as a “60 Minutes” correspondent, she is now that program’s longest-serving on-air reporter.

She has fifteen Emmys, including a lifetime achievement award — presented 18 years ago. “60 Minutes” is regularly the highest-rated news program on television, but like all network shows, it has seen its audience shrink over the last two decades.

Stahl showed her ability to capture the national agenda when Trump walked out on her during his “60 Minutes” interview in October 2020 and refused to return for a joint interview with his vice president, Michael R. Pence. Trump tweeted a White House recording of Stahl’s interview with him saying: “Look at the bias, hatred and rudeness,” without pointing to specific examples.

At the White House, the two clashed over his economic record, his administration’s response to COVID-19, the size of his political rallies and his claims that the Obama administration had “spied on my campaign.”  Stahl told Trump there was “no real evidence” for his allegation of spying, and Trump complained that “60 Minutes” had given “softball after softball” to then-Democratic presidential candidate Joseph R. Biden Jr. during a previous interview — which Stahl did not conduct. Despite Trump’s walkout, ratings for the “60 Minutes” episode were the show’s best in more than two years, and that week’s highest-rated non-sport show on network TV.

Stahl’s interview with Nancy Pelosi, days after Trump supporters’ assault on the Capitol, also drew criticism — this time from the House Speaker’s supporters — for asking about her age and that of other senior Democrats.

Stahl said she was not “biased,” and that she learned her craft at a time when the federal government’s Fairness Doctrine was in force. That policy, abolished by the Reagan administration in 1987, required networks to present controversial topics in a consistently balanced fashion.

“I think that I have opinions, but I think I have been trained because I’ve done it every day since — I can’t tell you how old I am, and I’ve been around a long time,” she said.

Stahl said that the broadening of media to include both opinion and news over ‘the past couple of decades has created a credibility problem for TV news, as opinionated journalists on both sides of a national divide covered the news.

“In terms of the press, something happened somewhere in the past couple of decades where we all became ‘media,’” Stahl said.

“Rush Limbaugh was media. And Joe Scarborough is media. And Lester Holt is media. The “mainstream press,” they are all in that salad bowl. It may just go in that direction. If you are still mainstream, it becomes very difficult because … we’ve all been tainted.”

But the main threat to television news, she said, was the growth of the internet.

“Well, I don’t want to be a downer, but I despair,” Stahl told Zenger News. “Obviously everything will end up on the internet, so the way we do our work will inevitably change.”

Stahl said she spoke 15 years ago about her own future to Barry Diller, the billionaire media investor who as CEO of 20th Century Fox created the Fox TV network, and is now chairman and senior executive of travel website Expedia and the parent company of The Daily Beast. She asked Diller, she said, whether she should leave her role at “60 Minutes” and move into an online venture.

“He said, ‘Well, television news is going to sink into the West, but very slowly, so hang in.’ And he was right. That was 15 years ago, and I was thinking, ‘can we survive?’” she said. “But eventually it will morph, and I do think it will be a transition. I don’t think we’re going to fall off the cliff because we know it now.”

That transition is already affecting “60 Minutes,” whose iconic place in broadcast news allows it to invest in news-gathering but also offers extra content on the Paramount streaming service and was on the short-lived Quibi streaming startup.

“We are beginning already to become a hybrid,” Stahl said. “And then the weight of the internet will just drag us all into it. But we will have to change because what we do is very expensive.”

Stahl has survived for three decades in the male-dominated world of “60 Minutes,” something that earned her praise at the May 12 roast from former CBS News president Susan Zirinsky, retired ABC anchor Sam Donaldson, PBS “NewsHour” anchor Judy Woodruff, NPR correspondent Nina Totenberg and Bill Plante of CBS News. Zirinsky, who departed the top role at CBS News in April, said Stahl’s likeness should be etched into Mount Rushmore.

Asked for her secret to success and longevity, Stahl said: “The secret is surviving, and that’s what I’ve done.”

“Actually, the secret is I love what I do. I am enthusiastic about really every story I have done at ’60 Minutes’ and the reason, I think is, that unlike most news organizations, at ’60’ we pick our own stories,” she said.

“And if the boss comes and says, ‘will you do this?’ and we don’t want to, we don’t. So we are committed to every single story, we love every story. They are my little children. And yeah, I’m enthusiastic about everything.”   Click here to view the complete interview.