The two women seek a niche in the under-represented African American market. 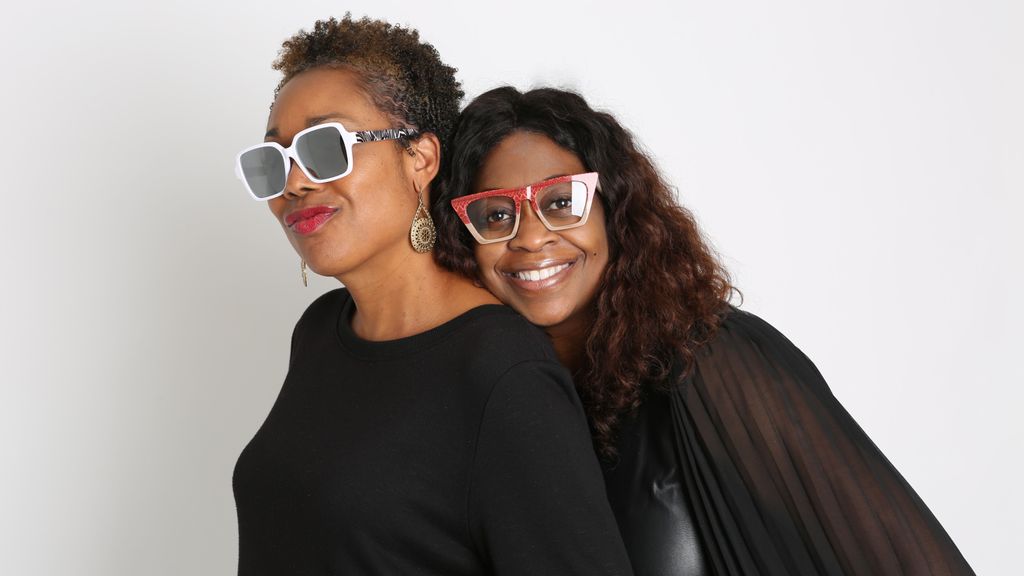 BROOKLYN, New York — At the dawn of the COVID-19 pandemic, two enterprising African-American women saw an opportunity to capitalize on their passion for stylish glasses and created their company from scratch.

Tracey Vontelle Green and Nancey Harris of Brooklyn, New York, chose to venture into unchartered waters of the eyewear manufacturing industry during a time when most companies were shutting down.

They launched Vontélle in October 2020, hoping to bring a unique style to the marketplace. Before this venture, they did extensive research to gain an understanding of what their target consumer was looking for in urban contemporary eyewear.

Green, who has been wearing glasses since she was 13, said, “I remember how upset I was when I had to start wearing them. So I said, since I’ve got to wear glasses I want to make a statement. That’s what started my journey of wearing them, not just to see the chalkboard but to be fashionable also.”

Her passion for attention-grabbing fashion started when she was an adolescent fan of syndicated talk show host Sally Jessy Raphael in the 1980s. She became one of the game changers on daytime TV, in one sense, because of her trademark red schoolboy glasses. That look resonated with Green and started her on her quest of sparking interest in her fashion sense when people looked her in the eye.

“Sally Jessy Raphael’s glasses made her look fly,” Green said. “There was an old saying back then that girls with glasses didn’t get passes and I wanted to get passes from boys.”

“After searching high and low for glasses that were stylish and had an ethnic flair, we realized they simply didn’t exist,” Harris said. “That’s when Tracy suggested we start our own line.”

While Green’s penchant for stylish eyewear began out of necessity, Harris was always enamored by the optics. She didn’t start wearing glasses until two years after she graduated from college in 1993. She was working in public relations for an optometrist when she began having difficulty with night glare while driving. She was eventually diagnosed with nearsightedness and needed to start wearing glasses.

Green and Harris met through a personal acquaintance in their freshman year at Morgan State University in Baltimore. Their friendship developed quickly, and they became inseparable on campus. As the relationship grew, they remained close even once they were separated after graduation. Their relationship had a profound impact on the development of their company, as it was more than just about creating a look for their customers. They wanted to make an impact in an industry where few African-Americans were gaining access.

“Our eyewear is original, authentic, distinctive, and invites a conversation,” Harris said “Vontélle adds a cultural richness to the marketplace. We are under-represented and under-served in this industry.”

The value of the global eyewear market in 2020 was $149.9 billion, according to data from Grand View Research and Statista, compared with $138.7 billion in 2019. It is estimated to grow to nearly $259 billion by 2027. The U.S. eyewear market, including sunglasses, was valued at about $18 billion in 2019. Harris said African Americans in the U.S. vision care market generate less than $3 million annually. 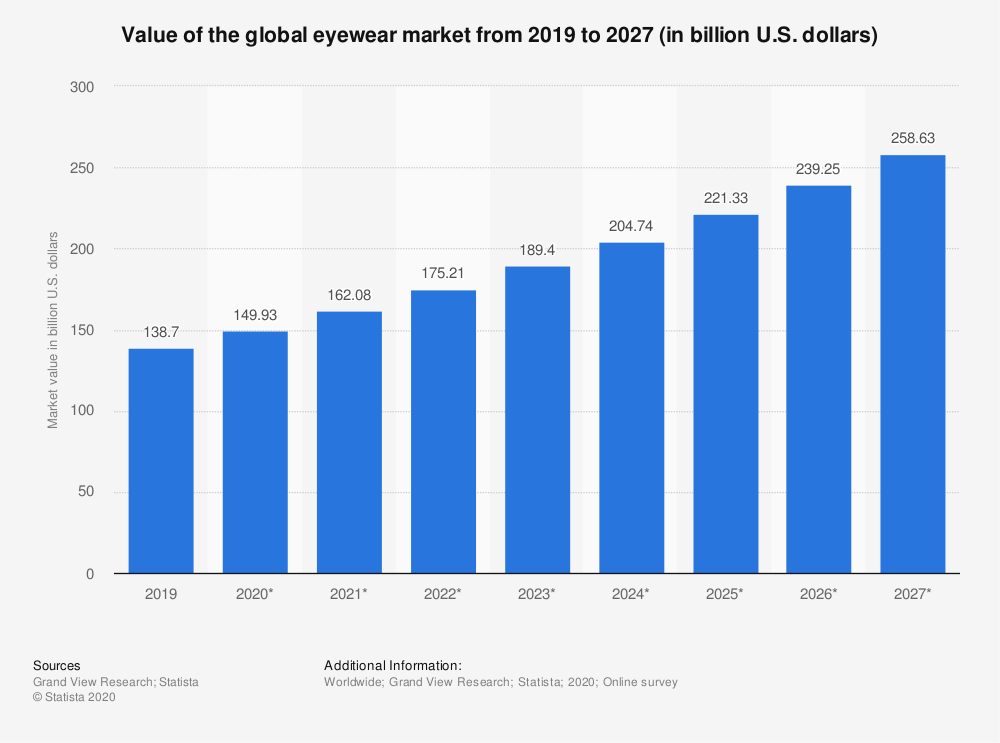 Last year, even as many American businesses were shutting down, Harris and Green decided the time was right to launch their company.

Vontelle is Green’s middle name and is loosely translated from French as “there she goes,” which fits the women’s business, since each individually crafted frame reflects their mindset when they bought frames for themselves. Green is chief executive officer and focuses on charting their corporate vision; Harris is chief operations officer with a focus on product design. But both women are involved all aspects of the business.

They aim to become the leading African-American woman-owned eyewear design company with their innovative, chic, fashion-forward brand, hoping to carve a niche in the growing market.

They financed their startup by pooling their own resources. As part of their research, they traveled to Fashion Week in Paris, discovering how they stood out in the primarily white and Asian male-dominated industry.

“When we got there, not only did we notice that we were not only the only African-American women there [in the eyewear segment], we were the only women of color,” Green said. “But by the time we left, everyone knew who we were.”

With low overhead and a lab where they create the frames and lenses in the basement of a Brooklyn brownstone, they are able to pass savings on to consumers. Although now officially in the business of eyewear manufacturing, Green and Harris haven’t forgotten the trauma of losing or breaking their glasses. Vontélle offers its customers a free replacement within a year of purchase if glasses are lost or broken.

During the peak of the pandemic, when mask-wearing in public was required, they created stylish facial coverings to match their frames.

Vontélle also partnered with WIN (Women in Need) in New York to help provide eyewear to women who can’t afford them.