A cautious auditor-general has fronted parliament's bean-counting committee while subject to a government gag on army acquisition.
By Marion Rae May 20, 2021
Facebook
Twitter
Linkedin
Email 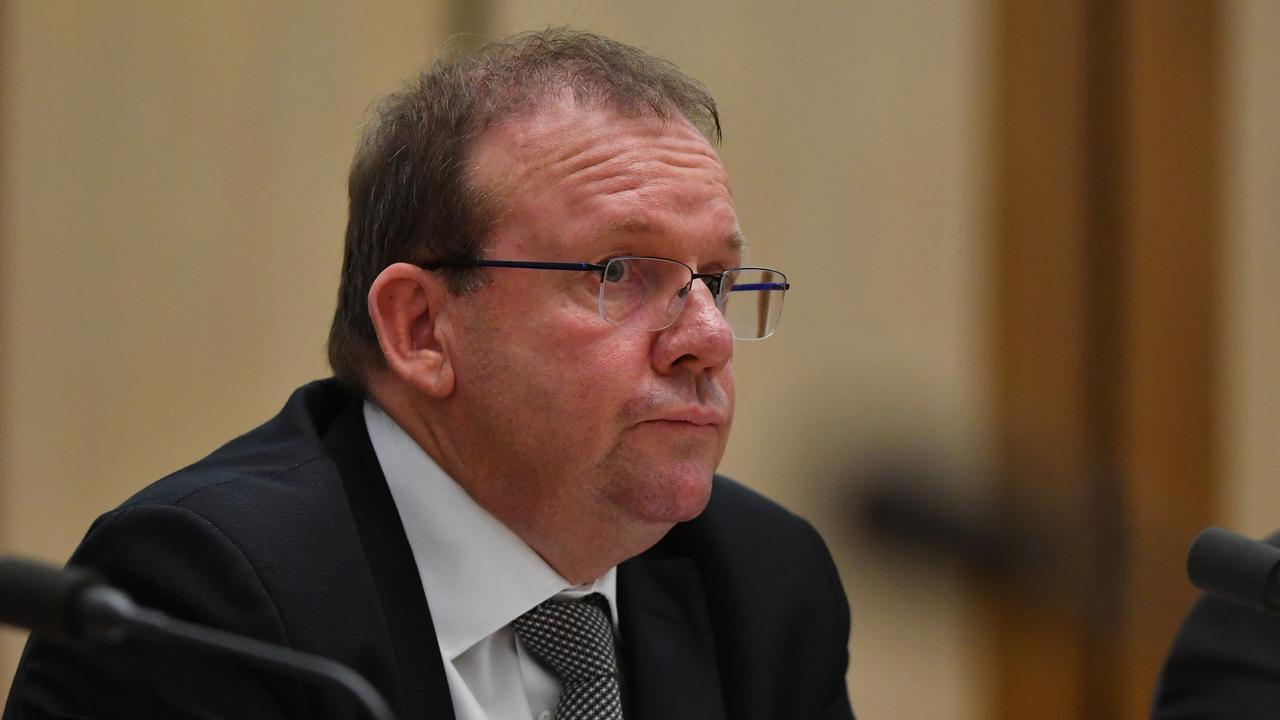 Grant Hehir is unable to speak publicly about part of an assessment of a major army purchase. (Mick Tsikas/AAP Image)

SYDNEY — The entire audit office team fronting a parliamentary inquiry has been silenced by a Morrison government gag.

Auditor-General Grant Hehir said they were unable to speak on the record about the redacted part of an assessment of the army’s AU$1.3 billion ($1 billion) acquisition of Hawkei vehicles from Thales Australia.

Labor Member of Parliament Julian Hill slammed the “nonsense” and “tortuous lines of reasoning” stopping taxpayers from seeing whether they were getting value for money on the acquisition or other defense spending in the future.

Hill tweeted “If you see a Liberal MP, be sure to ask them how ‘small government’ is going. This Budget proves everything the Libs have ranted about for years & smeared Labor with — debt, deficit, spending — was rubbish. A pack of ideologically bankrupt self-serving liars and hypocrites.”

Independent senator Rex Patrick said it was “stupidity” and called for the government to stop abusing executive power and preventing parliamentary scrutiny and oversight.

Patrick tweeted “It’s a public document. You and I can read it aloud. Everyone can read it aloud — except the Auditor-General, who wrote it, and his Australian National Audit Office staff. Why? Because Christian Porter improperly issued a censoring certificate to hide embarrassing failures by the Government.”

But the Australian National Audit Office has no plans to challenge the powers used by the attorney-general.

Deputy Auditor-General Rona Mellor informed the committee the power was rarely used and was simply a check on her agency’s immense information-gathering powers.

The Audit office received a top-up of AU$12.2 million ($9.4 million) in the budget following years of cuts that Labor said were made to silence the independent office.

The auditor-general opened a can of worms on the $100 million ($77.45 million) sports rorts program and questioned why the government purchased a parcel of land at Leppington Triangle for more than 10 times its valued price.

In April, an investigation was also launched into a safer community grants program overseen by Peter Dutton after concerns were raised about the projects he picked.

The budget boost will need to cover more complex financial data and records, tracking whether agencies are meeting cybersecurity threats, and unprecedented government spending and debt in response to Covid-19.

An assessment of international travel restrictions has already begun as tens of thousands of Australians remain stranded overseas, wanting to come back.