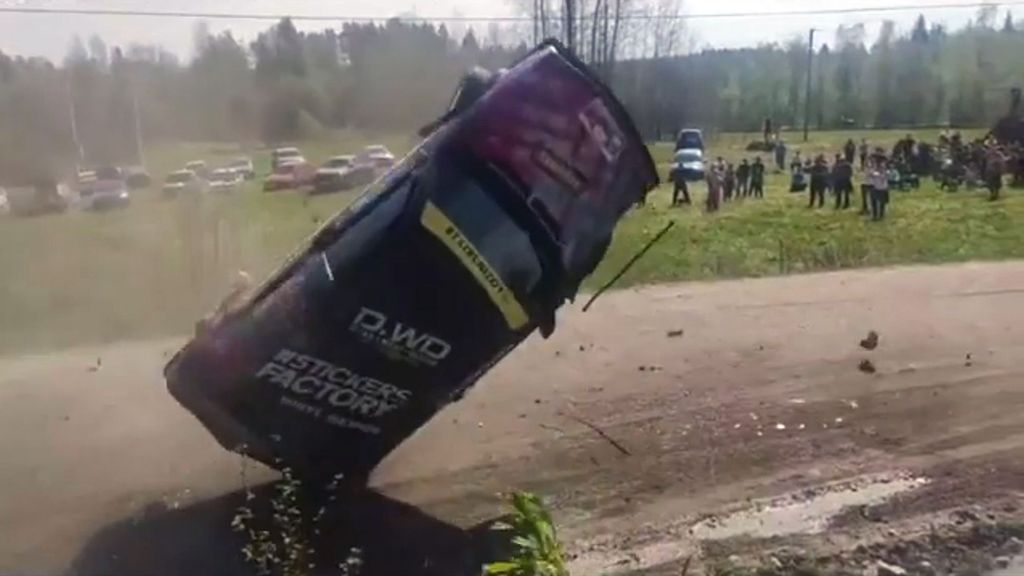 A race car came within inches of colliding with spectators after being propelled into the air as it careered off a dangerous curve during a rally in Russia.

The video was taken during the Picnic rally in Leningrad Oblast on May 14-15.

Russian driver Oleg Lozinskiy came off a sharp turn and lost control of his vehicle, which flipped in the air and rolled a few times, barely missing spectators on the road.

Lozinskiy, who races in the Russian Rally Cup, said he suffered a concussion but no serious injuries. His co-driver was fine.

“A too-fast approach to the turn and a change in the vehicle’s engagement with the ground led to an accident,” Lozinskiy said.

He said everything “happened in an instant, so you don’t have time to get scared,” and the blow he received was strong.

When asked about the damages, the rally racer said: “We are thinking about repairing the car, but I personally don’t know how to organize a fundraiser yet. It takes about RUB 200,000 [$2,714] to repair the car, and the next race will be in a month.”

Lozinskiy has been participating in rally sports for three years.