Popcorn With Zenger: Angelina Jolie’s Best Acting Role In Years Comes In ‘Those Who Wish Me Dead’ 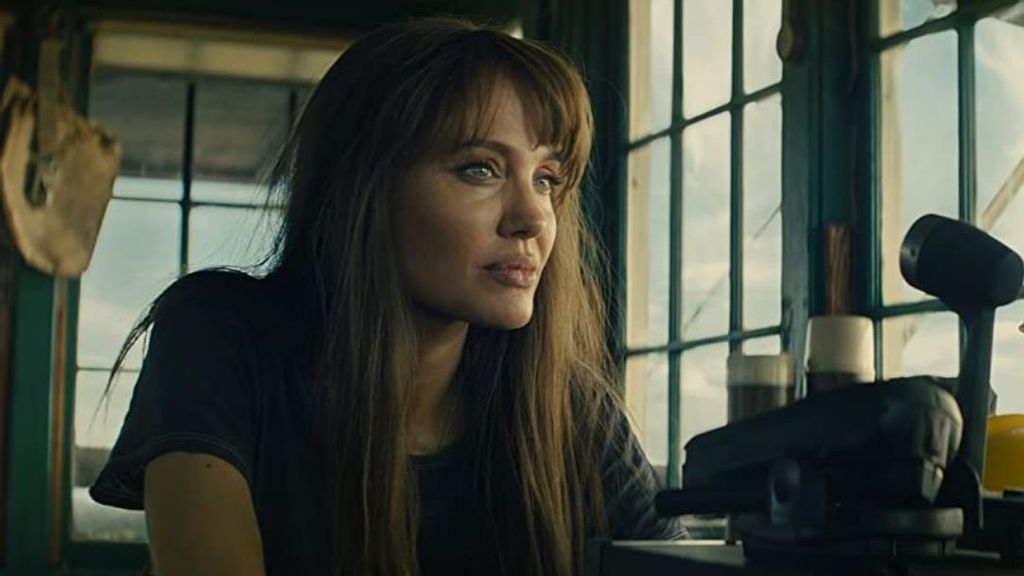 Angelina Jolie in “Those Who Wish Me Dead.” (Courtesy of Warner Bros.)

If you haven’t heard the name Taylor Sheridan yet, then you better start paying attention because you have missed out on arguably the best screenwriter in Hollywood today. Sheridan, who started as a TV actor in series such as “Sons of Anarchy” and “Veronica Mars,” has gone on to write some of the best films in the last decade.

In just a few years as a screenwriter, Sheridan’s credits include such award-winning films as “Hell or High Water” and “Wind River” along with fan-favorites “Sicario” and “Sicario: Day of the Soldado.” Sheridan’s realistic and gritty writing style makes his films can’t-miss.

This time, Sheridan is back in the directing chair for the first film since 2017’s “Wind River” to co-write and direct a story about a strong female protagonist who fights against steel and literal fire to protect the life of a young boy — but the story isn’t as simple as it seems.

The Story: “Those Who Wish Me Dead” is a Western-style thriller based on the novel of the same name by Michael Koryta, who co-wrote the screenplay. The film stars Angelina Jolie as Hannah Faber, a smokejumper struggling with post-traumatic stress disorder following a botched forest fire mission that led to the death of three young boys after she failed to read the direction of the wind.

Hannah now finds herself in a fire lookout tower in Park County, Montana, struggling to find peace with her past. Unbeknownst to her, in Florida, a forensic accountant named Owen Casserly (Jake Weber) learns about the death of his boss and his family in an apparent gas explosion which was actually a coverup for murder by hired assassins Jack and Patrick Blackwell (Aidan Gillen and Nicholas Hoult).

Owen has information that will expose the wrongdoings of numerous government officials and destroy their careers. Knowing that he is the next target, Owen flees to the mountains with his son Connor (Finn Little) hoping to hide out in seclusion, but the assassins are already waiting when he arrives. Owen’s son is the last key to a coverup and Hannah happens to be the only one who can protect him. To make matters worse, a massive forest fire proves to be even more deadly than two trained assassins and time becomes the biggest factor in escaping with their lives.

Bright Spots: Sheridan has a knack for writing strong protagonists with equally strong antagonists. Jolie excels in one of the best roles she has played in years: a firefighter who is one of the best at her job, but a costly mistake has made her both vulnerable and relatable. On the flip side, you have a pair of killer brothers who have to complete their job no matter how messy it gets. In the game of international espionage, failure makes them just as expendable as their targets.

The characters are realistic, a small group of firefighters who act like your friends and co-workers. Sheridan’s ability to create characters that symbolize small-town Americans rather than demonize or mock them sets him apart in Hollywood. His ability to create small-willed men and women makes his films more relatable to the average viewer without pandering.

The cinematic style and production recall the films of the 1990s or early 2000s, making it stand out and feel more like a throwback to the style of movie Hollywood used to make.

The cast is stellar; there isn’t a single weak performance in the film. Jolie is a standout in her role but so is Jon Bernthal, who plays a small-town cop (Ethan) stuck in a dangerous conflict. Hoult and Gillen are smart bad guys who despite being nearly emotionless assassins display empathy in the grand scheme of the plot.

Weak Spots: The only weak spot of the film was the handling of Allison (Medina Senghore), Ethan’s pregnant wife. While Senghore’s performance is good, the plot point of making her a pregnant woman only serves as a device to give the bad guys a reason to not kill her earlier. The decision to make her borderline superhuman with her feats of horseback riding and scaling a tower at six months pregnant serves as the only unbelievable aspect of the film. Her character is the only thing keeping the film from being truly great rather than just good.

The Takeaway: “Those Who Wish Me Dead” solidifies Taylor Sheridan’s spot as Hollywood’s best modern screenwriter. The industry should take notice of who is the gold standard — nobody writes a better character-driven drama than Sheridan.

See or Skip: “Those Who Wish Me Dead” is a certified must-see and if you haven’t checked out Sheridan’s catalog before this, now would be a good time to catch up.