What famed Mexican always traveled with dancing shoes? Enrique Ortiz García makes the past accessible by answering such queries. 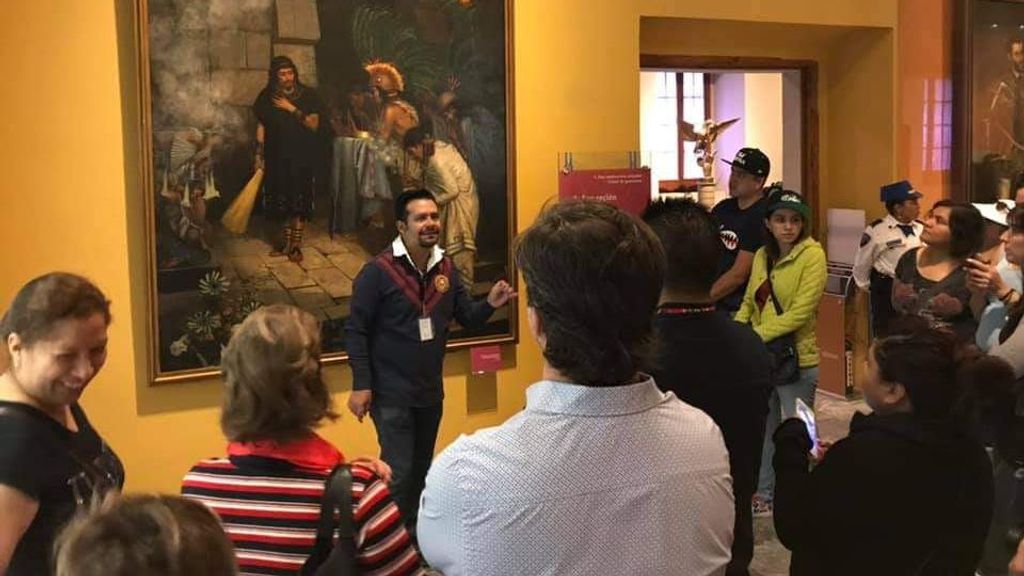 Enrique Ortiz García is a man who has thousands of followers on social media — people that keep track of his every move and are on the edge of their seat when Ortiz García speaks. But he’s not an artist, athlete, politician, TV star or singer. Instead, with a sober style, he tells his followers about historical trivia. As a result, he’s managed to make his way into the hearts of many via his knowledge of the past.

Though Ortiz García is a graphic designer and marketing specialist by trade, he defines himself as a “cultural disseminator” who is in the process of publishing his second book.

“In the last nine years, I’ve dedicated myself to spreading history through social media and interviews through conventional media to generate numerous followers for myself. After all, history goes beyond just repeating important events and days. People get interested when they learn unknown data,” he said.

Ortiz García’s success with teenagers and adults alike is his style of recounting little-known historical situations and their protagonists.

“I think we have to put aside all stiff history and immaculate heroes and see history as it is. For example, in Mexico, we have the historical figure of president-turned-national hero Benito Juárez. Suppose someone were to open a history book that mentions him. They would learn about Juárez as if he were a semi-divine being without flaws. These books do not show his human side; the sufferings he had to overcome, how he liked to dance the polka or that wherever he traveled, he always packed a pair of dancing shoes,” said the influencer.

For Ortiz García, better known as @Cuauhtémoc_1521 on Twitter, globalization and its underlying consumerism have caused countries and societies to lose their identities.

“Faced with those realities, it’s important that we as Mexicans maintain our customs, know our history and try to avoid the mistakes of our past through an objective and clear point of view of the events that have marked our country,” he said.

He considers it vital the newer generations know the historical processes that Mexico has undergone, as history is not just something that is in the past, but something that continues to occur on a day-to-day basis.

“As Mexicans, we must learn of our extensive culture and traditions. Our heritage and cultural spaces come from ancient historical processes such as the Olmec culture that dates back to 1800 B.C. It was already a very sophisticated culture, whose heritage is now part of the Mexican identity,” said the historian.

Whatever events he’s examining, he works to strictly adhere to historical data, facts and literature.

“I try to bring history closer to the people in a more interesting light, through interesting trivia about the many people and events from whom we have inherited our culture,” said Ortiz García.

He said there is a clear difference between making history exciting and accessible and intentional historical revisionism.

Ortiz García believes that his love for reading is the reason behind the love for his nation and what led him to publish his first historical novel, “Las Águilas de Tenochtitlán,” in 2020. By the end of May, he anticipates that his first educational book, titled “The Pre-Hispanic World for People in a Rush,” will be released.

“My main success is the simple way that I discuss history on Twitter, Facebook, and Instagram. I do not just give out words and events. After all, talking about history is more than just discussing the date. The people that lived through those dates and events and the struggles they had to overcome, that is all history as well,” he said.

In addition to his social-media accounts, Enrique Ortiz has a website.

«Previous Post
Legislative Proposals Of Mexico’s Congressional Candidates Are Incomplete: The Electoral Institute »Next Post
Tanda: A Saving System For Many Mexicans