Australia’s Olympians will learn in June if they can march at the Tokyo opening ceremony, the flag bearers to be named on July 7. 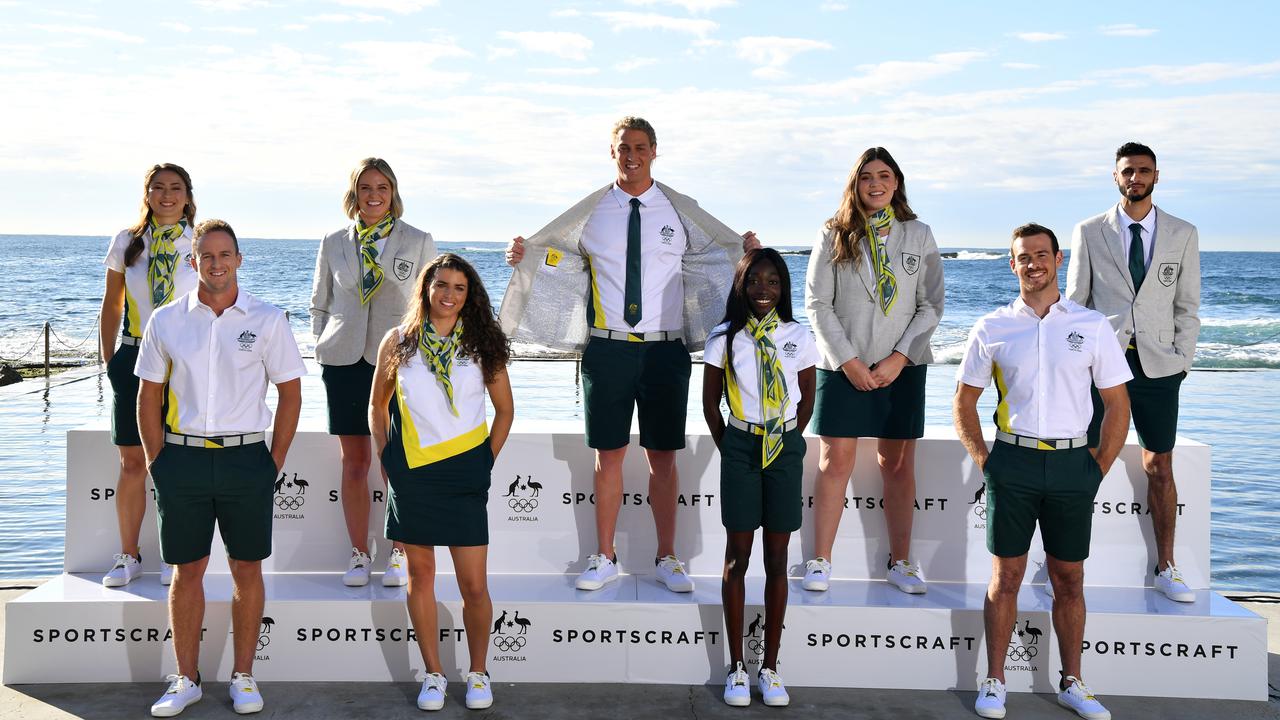 SYDNEY — Australia’s Olympians are aware they may be forced to forego the opening ceremony in Tokyo at what will be a socially distant Games.

The Australian Olympic Committee (AOC) has unveiled its opening ceremony uniform for Tokyo 2021, which includes a jacket featuring the names of the nation’s 320 Olympic gold medalists in its lining.

The obvious question throughout May 18’s launch at Coogee Beach was how many athletes, if any, will wear the uniform while marching at Japan National Stadium during the opening ceremony on July 23.

The answer should come in June when other issues like crowd numbers will also be addressed in the latest update on biosecurity protocols.

But the reality is Australia’s flag bearer announcement on July 7, which itself will be a virtual event, will likely be the closest the contingent comes to the sort of mass multi-sport gathering that has been the norm at past Olympics.

“What the opening ceremony is going to look like is still one of the great unknowns,” Australia’s Chef de Mission Ian Chesterman said.

“There’s a lot of unknowns, we have to be patient … I’ve been very upfront with the athletes throughout every step since the postponement.

“Yes, everyone loves an opening ceremony, but the athletes are going to Tokyo to compete and that’s their major focus.”

Rather than arrive and depart Tokyo en masse, Australia’s group of approximately 450-480 Olympians will fly in and out for their specific competition to help minimize the risk of Covid-19 transmission.

“It’s always a relatively small number of the entire Australian team who march, that’s something that is not always fully understood,” Chesterman said.

“Our Olympians have done their own thing in the past, I’ve heard about sailors marching around the village they were in at Rio and other examples.

“Everyone will get the uniform on, take a moment of it then focus on the main game.”

National 400m champion Bendere Oboya, who is aged 21 and will be competing at her first Olympics, isn’t fussed.

“Marching would be a memorable occasion but if not, I’ll still just be grateful to be there and know that I’m competing in the next couple of days and putting on an Australian uniform,” Oboya said.

Taekwondo fighter Safwan Khalil, who represented Australia at London 2012 and Rio 2016, noted everybody had to be open-minded about “everything that is going to happen in Tokyo”.

“Hopefully we can march,” Khalil said.

“If not, I’ll rock the kit in my room and do a couple of laps around and have a laugh with whoever is there.”

In keeping with the theme of the first gender-balanced Games, the International Olympic Committee wants every nation to have a male and female flag bearer.

“It’s a really important step to make,” Chesterman said, noting the Committee announcement will be on the night of July 7.

“We’ve timed it so that most of the sports if they’re having camps, will be in camp.

“Most people in Australia will have finished training.

“So there will be some gatherings.”