Acute shortage of the drugs continues despite Kenyatta-Blinken talks to end a tax stalemate between USAID and Kenyan authorities.
By Anne Macharia May 19, 2021
Facebook
Twitter
Linkedin
Email 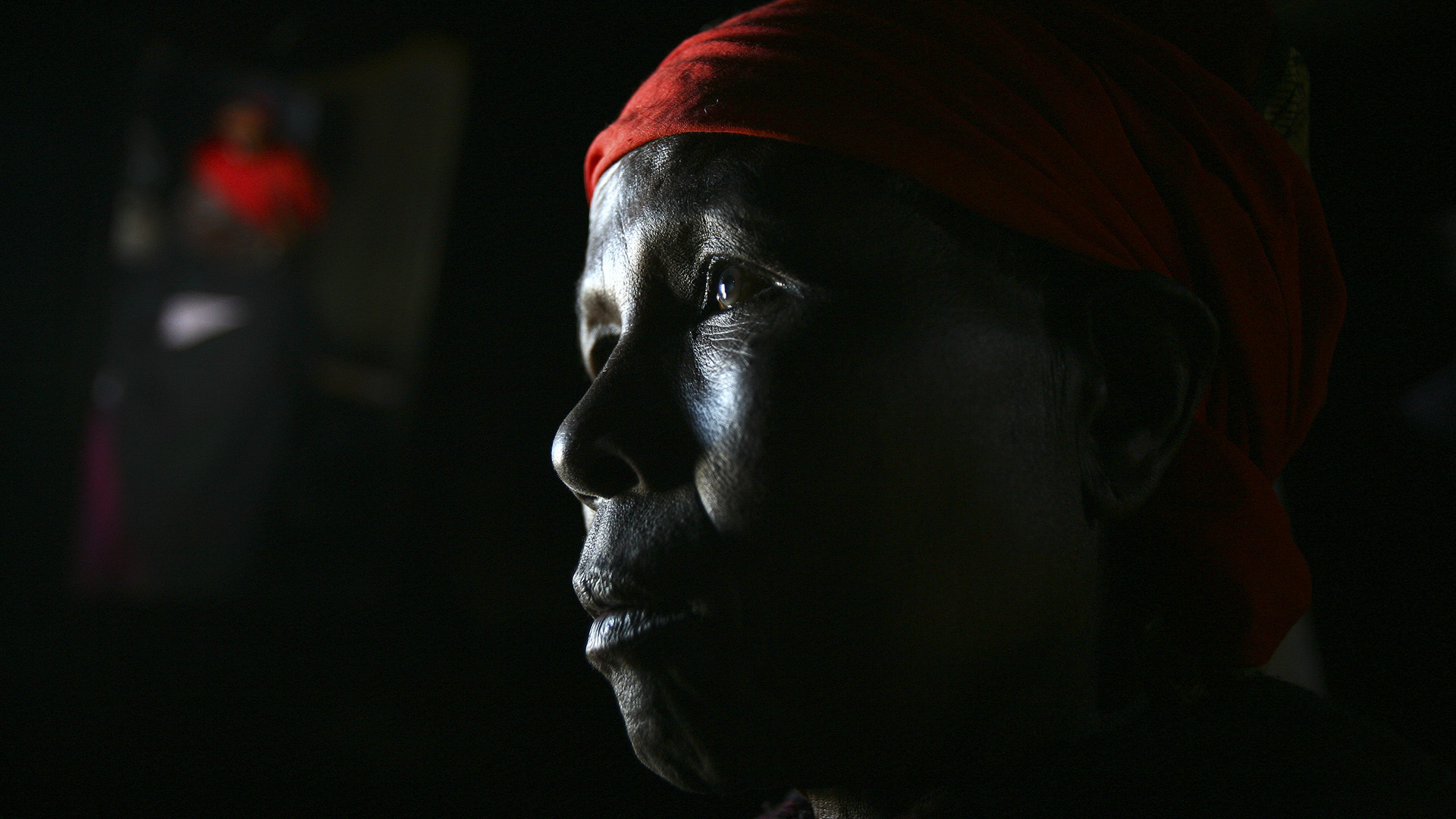 An AIDS-affected grandmother who has adopted her grandchildren as a result of AIDS taking the lives of her children, in rural Kenya. (Brent Stirton/GBC/Getty Images)

NAIROBI, Kenya — Hellen Okanga, 15, an HIV/AIDS patient, lives with her aunt in Kibera, the largest informal settlement in Nairobi.

She wants to be a doctor, but she might not realize that dream if the shortage of antiretroviral (ARV) drugs, which treat HIV, in the country persists.

A tax dispute between Kenya Revenue Authority and the United States Agency for International Development has seen a consignment of the lifesaving drugs donated by the American government withheld from Kenyans in need.

Consequently, Okanga is forced to ration the vital medicine before she runs out of supplies. 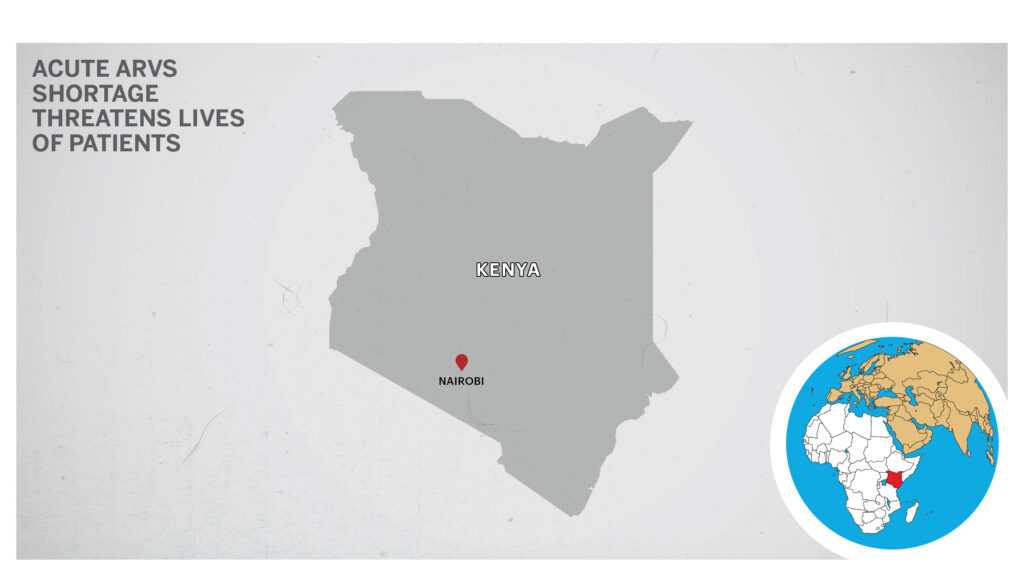 “I want to be a doctor because I want to save lives, but every day is a struggle,” she told Zenger News. “I am scared of death. With no drugs, recovery will take time. These drugs will last for one month.”

Okanga’s parents died of HIV/AIDS in 2009. Since then, she has been living with relatives.

Her aunt, Tabitha Oyoo, said caring for relatives with HIV/AIDS comes with challenges, like discrimination and stigma.

“When we went for monthly check-ups, the doctor advised using the remaining doses sparingly. He said ARVs are not available,” Oyoo told Zenger News.

“My niece didn’t ask for this disease—she was born with it. She has tried to fight it. It is challenging, but we do what we can. I cannot afford to lose another family member. I hope the situation improves soon.”

Caren Amusolo, 28, a commercial sex worker living in Kisumu, a town 350 kilometers (217 miles) west of Nairobi, said lack of antiretroviral drugs puts her and her colleagues at higher risk of contracting HIV/AIDS.

“We use drugs to protect ourselves from opportunistic infections,” she told Zenger News. “We are calling upon the government to make sure that drugs are available to persons living with HIV/AIDS.”

“No need to panic,” he told Zenger News. “Covid-19 halted some of our operations, but the government will distribute ARVs to public institutions soon. No person living with HIV/AIDS will die.”

The authority has been distributing antiretrovirals donated by the United States.

However, the medical supplies’ agency has been embroiled in a scandal that has worried donors.

Kenyan authorities are investigating how the institution awarded contracts worth billions of Kenya shillings to shadowy business people to supply Covid-19 prevention materials.

Consequently, the American government wants a private firm to handle distribution, hence the tax dispute with the Kenya Revenue Authority, which imposed a two percent tax on the American consignment.

“Imposing taxes increased the cost of production,” Satchu, who is also the chief executive of Rich Management, told Zenger News.

“The free ARVs provided by the Kenyan government can only sustain 400,000 HIV/AIDS patients. What happens to the remaining patients? It is time Kenya revised their tax laws.”

The drugs are said to be lying at the Port of Mombasa, Kenya’s principal seaport.

Kenya’s Cabinet Secretary for Health, Mutahi Kagwe, who pledged to solve the tussle in January, is still optimistic that the ongoing talks will solve the impasse.

“We are discussing the issue of disbursement and the distribution of the same,” Kagwe told Zenger News. “No doubt, in the coming days, the ARV shortage will be a thing of the past.”

Following Blinken’s and Kenyatta’s virtual meeting, the latter disbanded the board of the medical supplies’ agency.

Still, this move has not addressed the acute shortage of drugs witnessed across the country.

Lazarus Omondi, a doctor at Pumwani Maternity Hospital, one of Nairobi’s most significant health facilities, said the hospital is yet to receive ARVs.

“We will distribute them once we get hold of them,” he told Zenger News.

Civil society groups have called on the Kenyan government to act fast to prevent a health crisis.

They believe corruption and mismanagement of Covid-19 funds are the reasons why donors have lost their confidence in the Kenya Medical Supplies Authority.

In a statement, Amnesty International Kenya said the “Government of Kenya to stop mocking persons living with HIV/AIDS and endangering their lives.”

Elly Odoul, the first chairperson of the Kenya Aids NGOs Consortium, said public hospitals in Kenya are overwhelmed by Covid-19 patients. Still, the Kenyan government should not ignore AIDS/HIV patients.

“Let’s not forget that more than a million persons living with HIV/AIDS are at risk of losing their lives,” he told Zenger News.

A few months ago, the executive director of the United Nations Program on HIV/AIDS, Winnie Byanyima, urged countries to act to prevent the spread of the disease.

«Previous Post
The Sky Is No Limit For Botswana’s First Female Air Force Pilot»Next Post
Footprints In The Sands: The Dying Craft Of Animal Tracking Among Kalahari Bushmen