Detective said he did not expect to find the driver alive.
By Tijana Milich May 18, 2021
Facebook
Twitter
Linkedin
Email 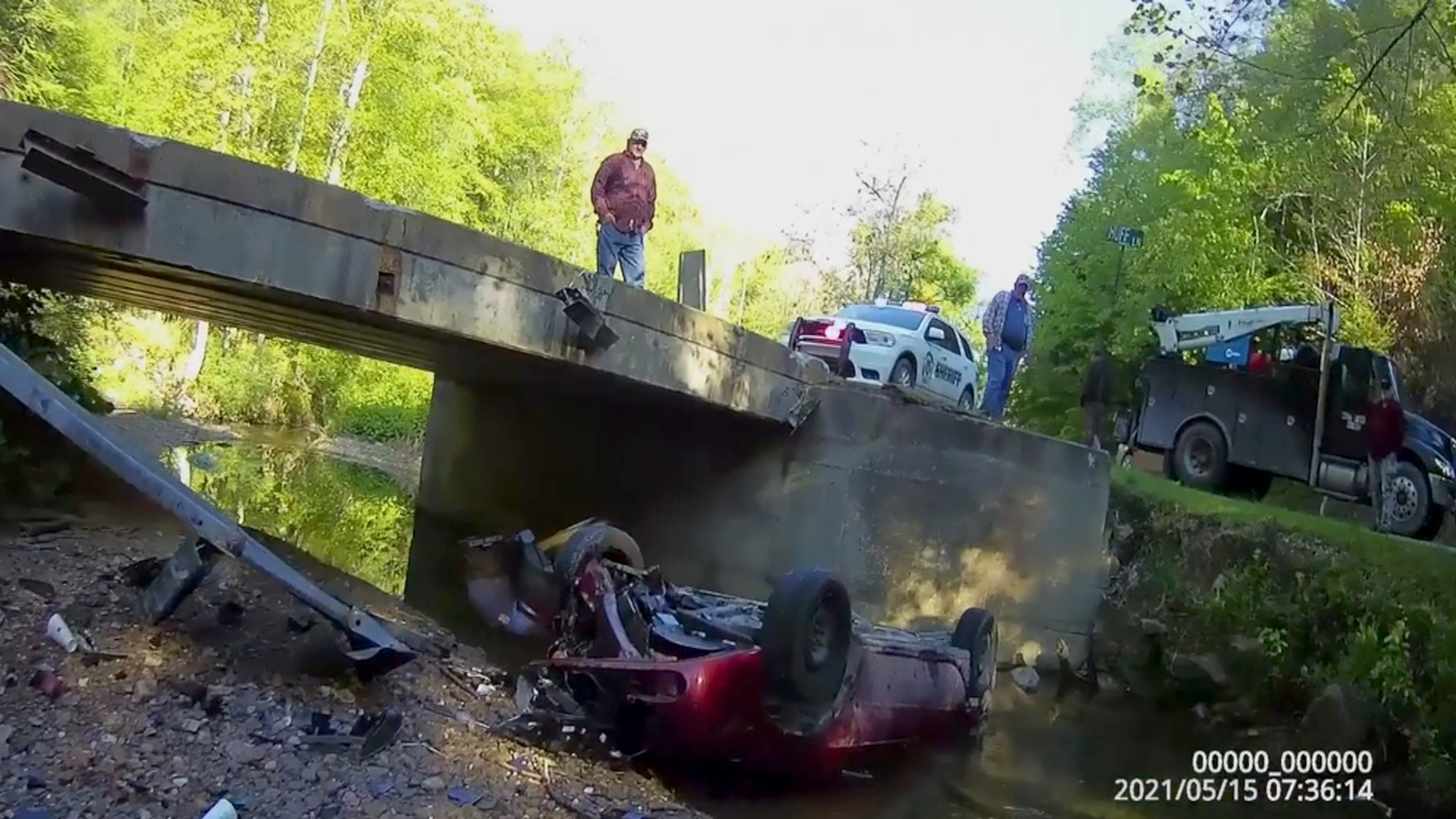 Emergency crew responded to a car accident in which a vehicle had fallen into the Little Leatherwood Creek in Perry County, Kentucky on May 5, 2021. (Perry County Sheriff's Office/Zenger News)

A man was found alive in his car after it veered off a bridge and landed upside down in Little Leatherwood Creek in Perry County, Kentucky, on May 15.

Perry County Sheriff’s Office Detective P. Campbell said he did not expect the driver to be found alive, according to local media reports.

“I am immensely proud of the paramedics/EMTs that came to the rescue, the dispatchers that handled the call with great professionalism, and the citizens who displayed concern for a neighbor. Simply warms my heart and gives me faith in humanity,” he told reporters.

A caller had notified police about 30 minutes before the detective arrived.

After assessing the situation, Campbell realized the driver was trapped inside the overturned vehicle.

The car was moved to its side with the help of people on the scene. An officer was able to make contact with the driver through a broken window. The officer waited for medical personnel to arrive so they could pull the man out of the car.

The unidentified man was taken to a hospital.