Police and bystanders save stranded man. 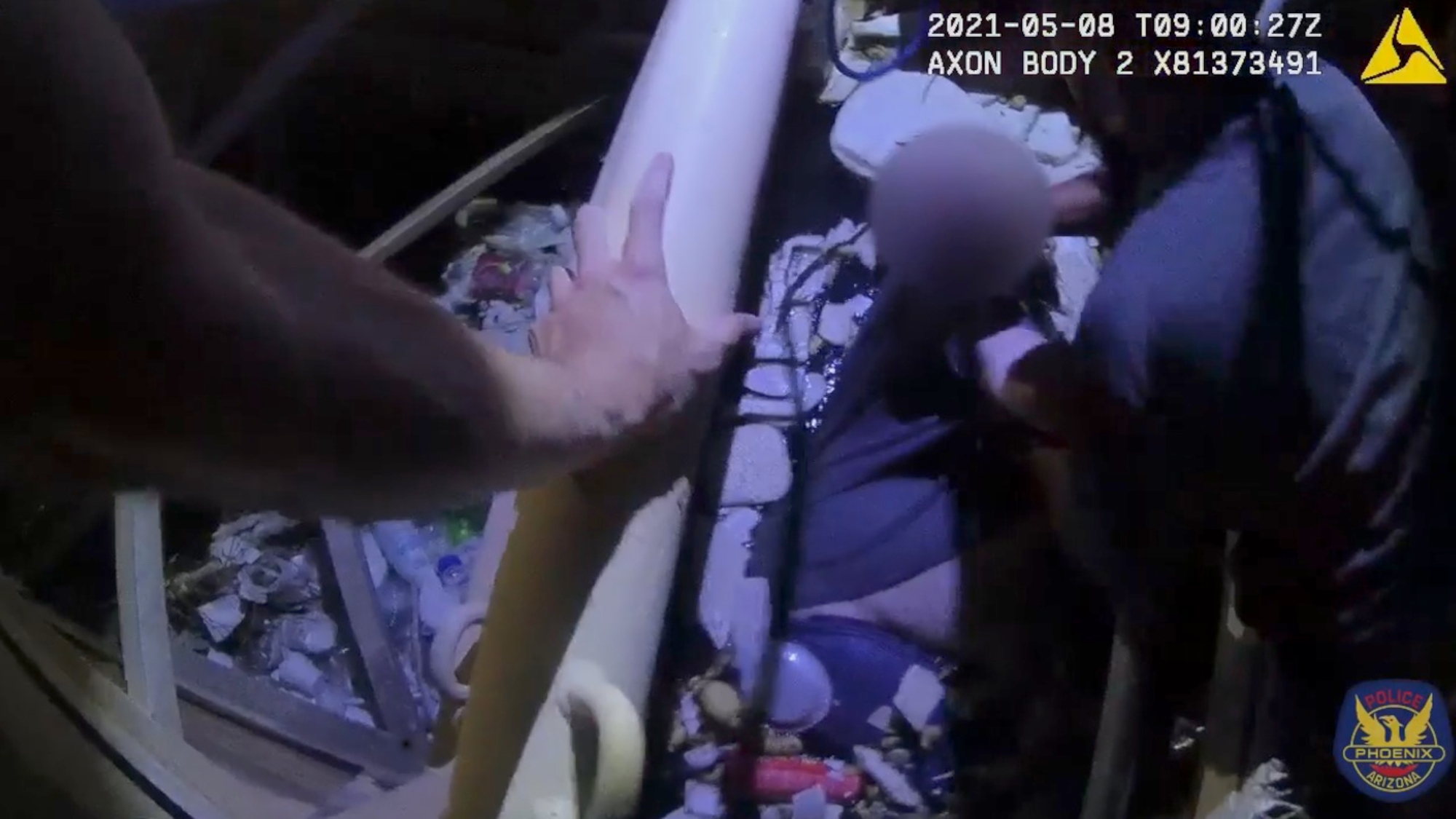 Police officers save a man in a canal in Phoenix, Arizona on May 8, 2021. (Phoenix Police/Zenger News)

Police and bystanders saved a man from sinking in a canal after his motorized wheelchair tipped over, sending him into the water, in Phoenix, Arizona, on May 8.

Police received a report about a man screaming by the canal.

He was carried 50 feet in the current before hitting a metal grate, according to local reports, and was later seen floating among litter near the canal gates.

When officers Jacob Garcia and Justin Hopkins arrived, they found the man neck-deep in the water as a few people were holding onto his hand, trying to keep him afloat.

One person brought a rope, which Garcia tied around the man’s torso, and Hopkins began pulling him up.

The man, who was not injured, was covered with a blanket to keep him warm.