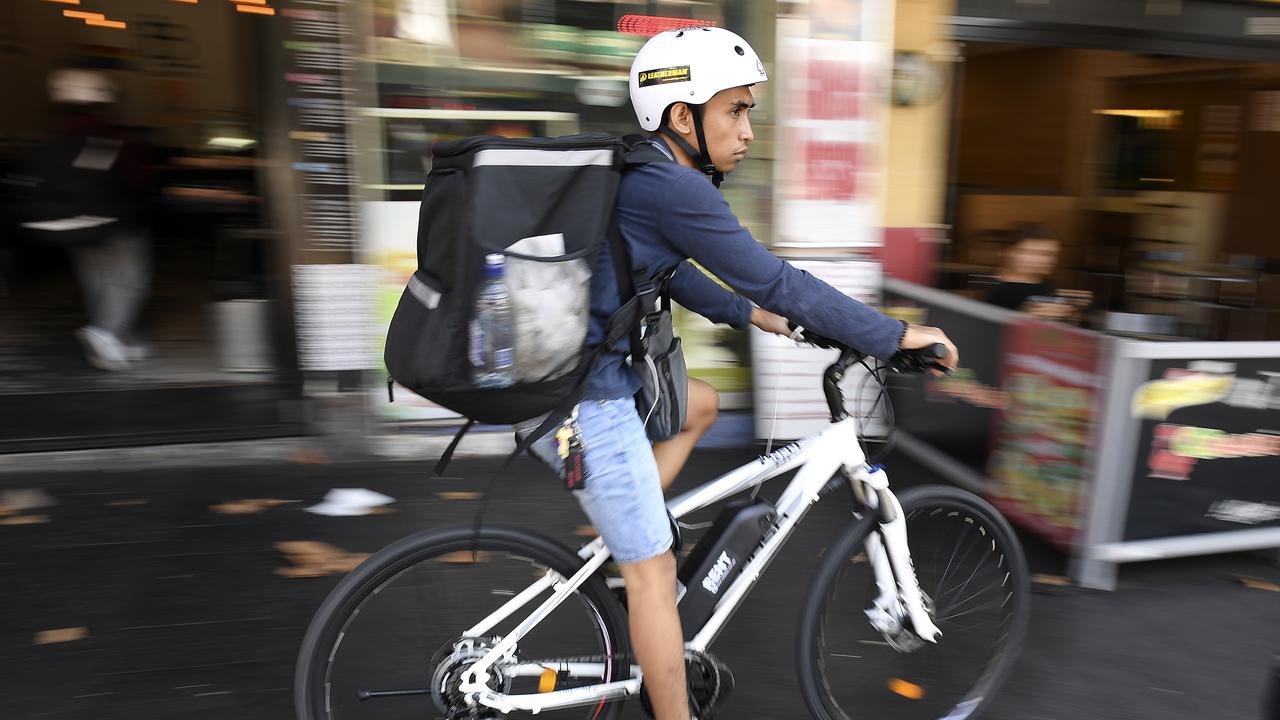 Prompted by a series of deaths last year of riders working on food delivery apps, Menulog last month announced it would directly employ gig economy workers for the first time in Australia.

However, its largest competitor, UberEats, has ruled out the following suit, saying it would kill the flexibility the business and couriers rely on.

“Otherwise, we wouldn’t go down that path,” he said in a New South Wales parliamentary inquiry into the gig economy.

“We think the best way of getting there is through employment.”

The employment trial Menulog announced in April will help the business determine what it would need in an employment award.

Belling reiterated his belief the current awards in Australia are not suitable for the gig economy.

“The employment trial will be conducted in the Sydney Central Business District (CBD) over several months and will employ hundreds of workers,” he said.

Advertisements for the roles have already gone out, and applications have begun pouring in.

Belling argued the sector has a moral obligation to lift minimum standards for delivery riders and drivers, who currently act as individual contractors.

“There’s a likelihood that this is going to cost us more. We still think it’s the right decision for us to lift the standards,” he said.

Belling also revealed the company struggled to find an insurer willing to provide cover for their couriers outside an employment model.

UberEats general manager Matthew Denman last month told the inquiry instituting a minimum wage would force the company to require delivery partners to work set shifts solely on their app and commit to a certain number of trips per shift.

Uber claims it is more interested in developing a benefits’ system that can be adopted industry-wide, rather than forcing riders and drivers to become employees.

“The reason why we don’t think it’s the right path forward is that every time we ask drivers and delivery partners what they like about Uber, they say the flexibility,” Denman said.

“We don’t think the flexibility needs to come at the expense of benefits or security, and so we are committed to engaging fully in that discussion with all governments in Australia.”

«Previous Post
No Antibiotics, Blood At The Hospitals In Australia’s New South Wales»Next Post
Giant Birds Are Mugging Bush Walkers For Their Food