Giant Birds Are Mugging Bush Walkers For Their Food 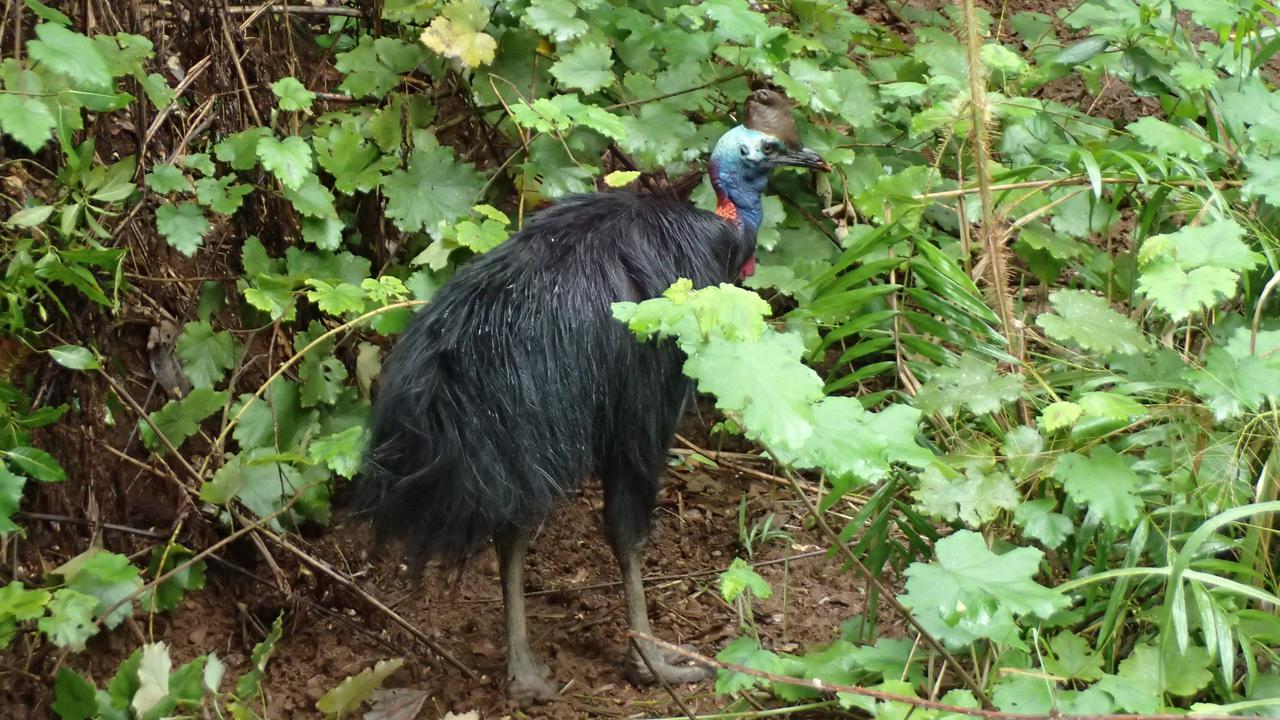 Four bushwalkers were stalked by a cassowary along a track in the Atherton Tablelands. (Department of Environment and Heritage Protection/AAP Image)

BRISBANE, Australia — People are being urged not to feed cassowaries following a close encounter between Australian bushwalkers and one of the giant birds near Cairns.

Four bushwalkers were stalked by a cassowary for seven minutes along a track in the Atherton Tablelands as the animal approached within a meter of the group.

The normally shy, flightless birds can grow to be almost two meters tall and weigh up to 60 kilograms. 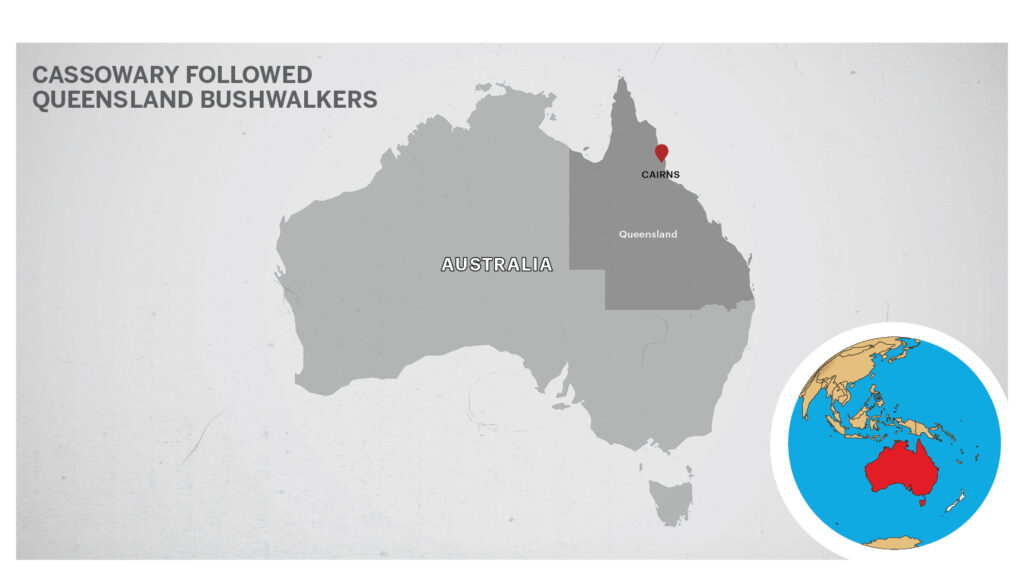 “A cassowary that was not habituated would never approach bushwalkers and would have retreated into the forest to avoid such an encounter,” he said. “Cassowaries are unpredictable, potentially dangerous animals, and habituated birds have been known to act aggressively and lash out if they don’t receive a feed when confronting people in the forest.

He claimed that feeding cassowaries can significantly change their behavior in such a way that other people will be placed at risk of being approached and potentially attacked by the birds.

“People need to understand that male cassowary teach their chicks how to find natural foods in the forest, and if the male is being fed by people, his chicks will learn to approach people for food,” said Perera.

The last death caused by a cassowary in Australia was in 1926, but there have been up to 150 attacks on humans, according to a Queensland Parks and Wildlife Service study in 1999.

The animal is classified as ‘least concern’ in the International Union for Conservation of Nature’s Red List, and when the bird is deliberately fed by people, they become more vulnerable to vehicle strikes or dog attacks.

Forty-six cassowaries have been killed or injured by vehicle strikes in the past two years in north Queensland, and wildlife officers believe many of those cassowaries had been habituated by people deliberately feeding them.

In a recent incident in north Queensland, a cassowary was euthanized following a vehicle strike.

The maximum penalty for the deliberate feeding of cassowaries is AU$5222 ($4070).

As per reports by the Australian Department of Environment and Science, of three species of cassowaries in the world, only the southern cassowary, Casuarius Casuarius johnsonii, is found in Australia. Like the emu and ostrich, the southern cassowary is a ratite, a large flightless bird with unusual feathers and other features that distinguish it from all other birds.

“The southern cassowary has coarse hair-like feathers with no barbules and also lacks tail feathers,” states the report. “Its wing stubs carry a small number of long, modified quills which curve around the body. Each heavy, well-muscled leg has three toes, with the inside.” toe bearing a large dagger-shaped claw (up to 120 mm long) used for scratching and fighting other birds.