Nine seafarers are preparing to leave for their home country after their Russian-owned ship was sold to raise salaries.
By Thomas Wanjala May 18, 2021
Facebook
Twitter
Linkedin
Email 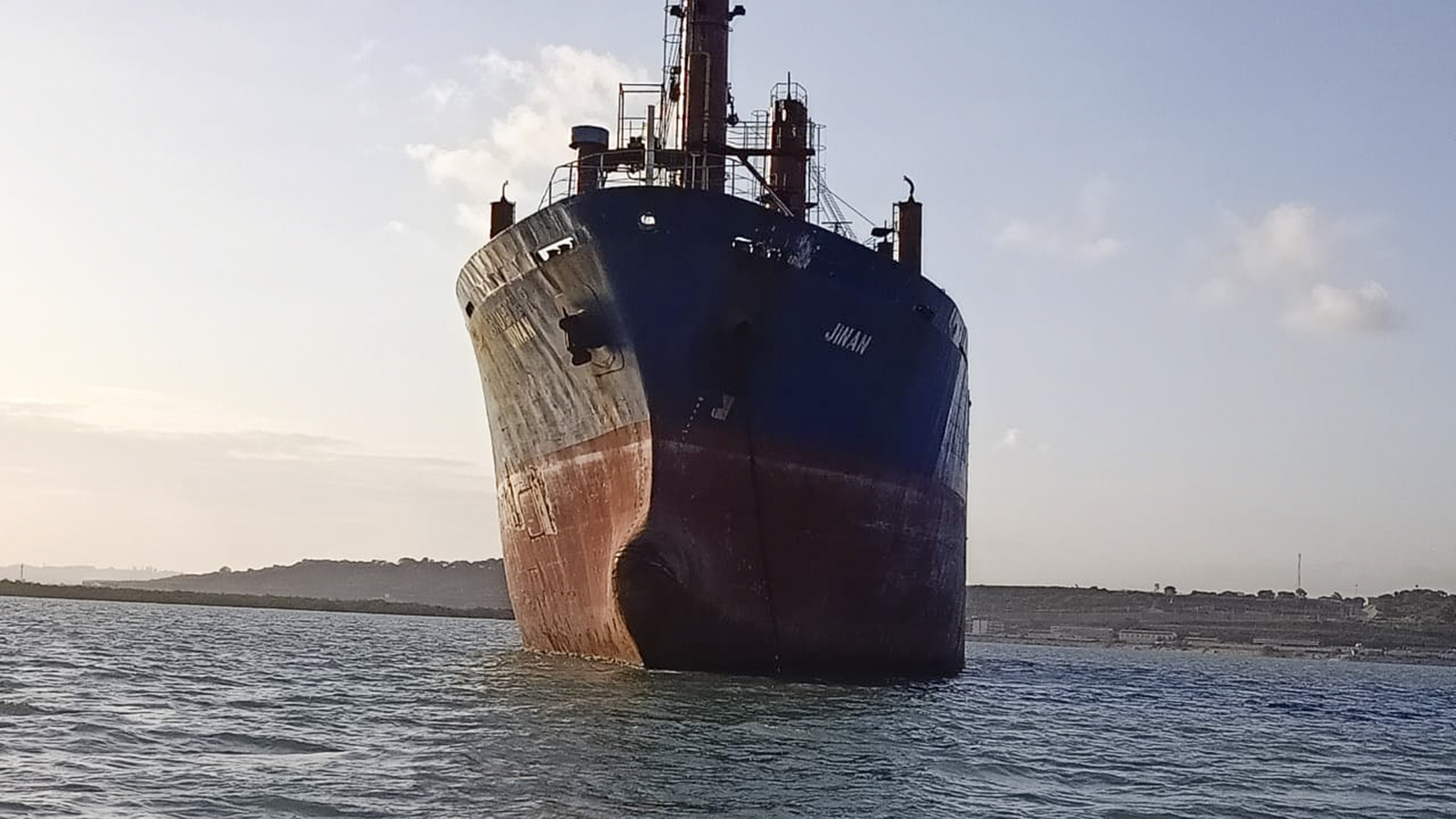 MOMBASA, Kenya — The Syrian crew of a Russian-owned cargo ship, MV Jinan, which has been stranded in the Indian Ocean near the Kenyan Port of Mombasa for more than one and half years, will finally go home. The vessel was sold following a court order.

The lawyer of the nine-man crew, Ousa Okello, confirmed that the ship was recently sold for more than $300,000 to an entity he did not disclose.

“The money is in NCBA Bank, and we are waiting for the bank to verify the transaction,” Okello told Zenger News.

“I know what they are going through. We are trying to speed up the process so that they leave Kenya as soon as possible.” 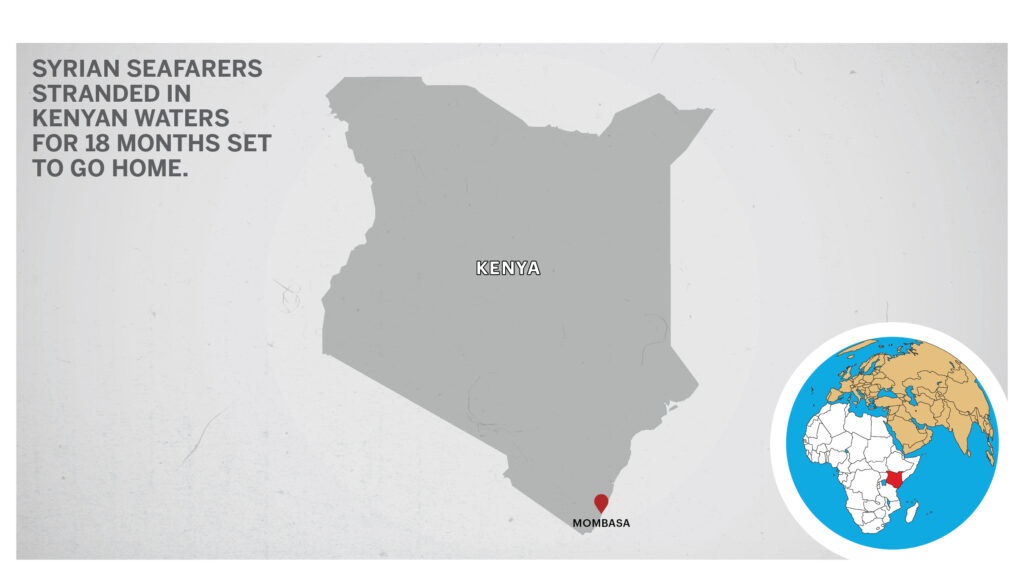 In Mombasa, an Admiralty court gave the crew the green light in September 2020 to sell the Tanzania-flagged ship to recover their wages after its owner, Maher Lobadi, abandoned it in September 2019.

Laden with construction materials, MV Jinan had sailed from Russia through to Salalah Port in Oman before being stuck in Mombasa.

According to Mohamed Hassan, the ship’s captain, the total number of crew members was 18, all Syrian nationals.

Nine members got help from their families and returned home before Covid-19 struck Kenya in March 2020. However, the rest were forced to make do with limited resources aboard the ship. They couldn’t set foot on Kenyan soil because they did not have the necessary documents.

“When we arrived in Mombasa in September, we had run out of food stock and water,” Hassan told Zenger News. “We thought that once we arrive in Mombasa, we would not stay for long. But shock on us! The owner cut off communication and left us stranded.”

He said the shipowner owes them a cumulative salary of more than $300,000.

“We have not received even a cent. Most of the crew members have families that depend on them, and their predicament in a foreign land means more trouble and trauma to their families, too.”

On why the owner decided to go quiet on the crew, Hassan said that Lobadi might have gone bankrupt and unable to clear their accumulating wages, leaving them stranded in the Kenyan port.

“It is very shameful that he decided to leave us here. We have not heard from him for more than one year now,” said Hassan, the only crew member who speaks English.

“I do not know how my family is doing right now,” said Deyaa Halimeh, a second engineer of the abandoned ship, through Hassan. “For all this time, I have not sent even a single cent back home for my family upkeep.”

Reverend Moses Muli, the only person who has contacted the crew, says their condition is deplorable.

“You cannot wish your enemy to be in the situation that these crew members are in right now,” he told Zenger News. “Even animals get tired when they are confined in one place.”

Muli has been visiting the crew at least once a week to supply them with food through the Mission to Seafarers, a charity that supports seafarers’ welfare worldwide.

Due to their painful experience, Muli said that the crew needs psychological counseling to help them overcome their abandonment trauma.

While painting a picture of how depressed the crew is, Muli said that recently, he had to calm down the ship’s captain after he threatened to blow up the vessel.

The crew lacks necessities, and they have to rely on well-wishers’ donations for survival.

“We are tired and ashamed of ourselves. We rarely get water to bathe, and all we are asking is to go back home,” Hassan told Zenger News.

“Before we got wind of their predicament, they had gone for days without food, and some had started falling ill. I had to organize for their treatment immediately,” Muli told Zenger News.

Due to limited resources and Covid-19 restrictions, Muli had to minimize his visits to the abandoned seafarers, which meant more suffering for them.

In January, the Kenya Maritime Authority officials paid a visit to the abandoned crew and donated food.

Robert Njue, the general director of Kenya Maritime Authority, said they are liaising with the court to help the seafarers go back home.

“I have been away from my family for three years.” Sahuany had sailed to Turkey, Romania, and Russian before getting stuck at the Port of Mombasa.

Okello said the court is helping the nine crew members get the necessary traveling documents.

“It has been a painful experience for them, but I am happy to tell you that they will be in Syria any day from now,” he told Zenger News.

Hundreds of ships are stuck in ports across the world after being abandoned by their owners, according to the International Transport Workers Federation.

Abandonment of ship occurs when the ship’s owner cuts ties with the ship and refuses to pay crew members salaries for two months, according to the Maritime Labor Convention, 2006.