A two-second scene from “Eternals” sneak peek has made the actor trend in India after he quit Indian films in mid-2000.
By Nikita Nikhil May 18, 2021
Facebook
Twitter
Linkedin
Email 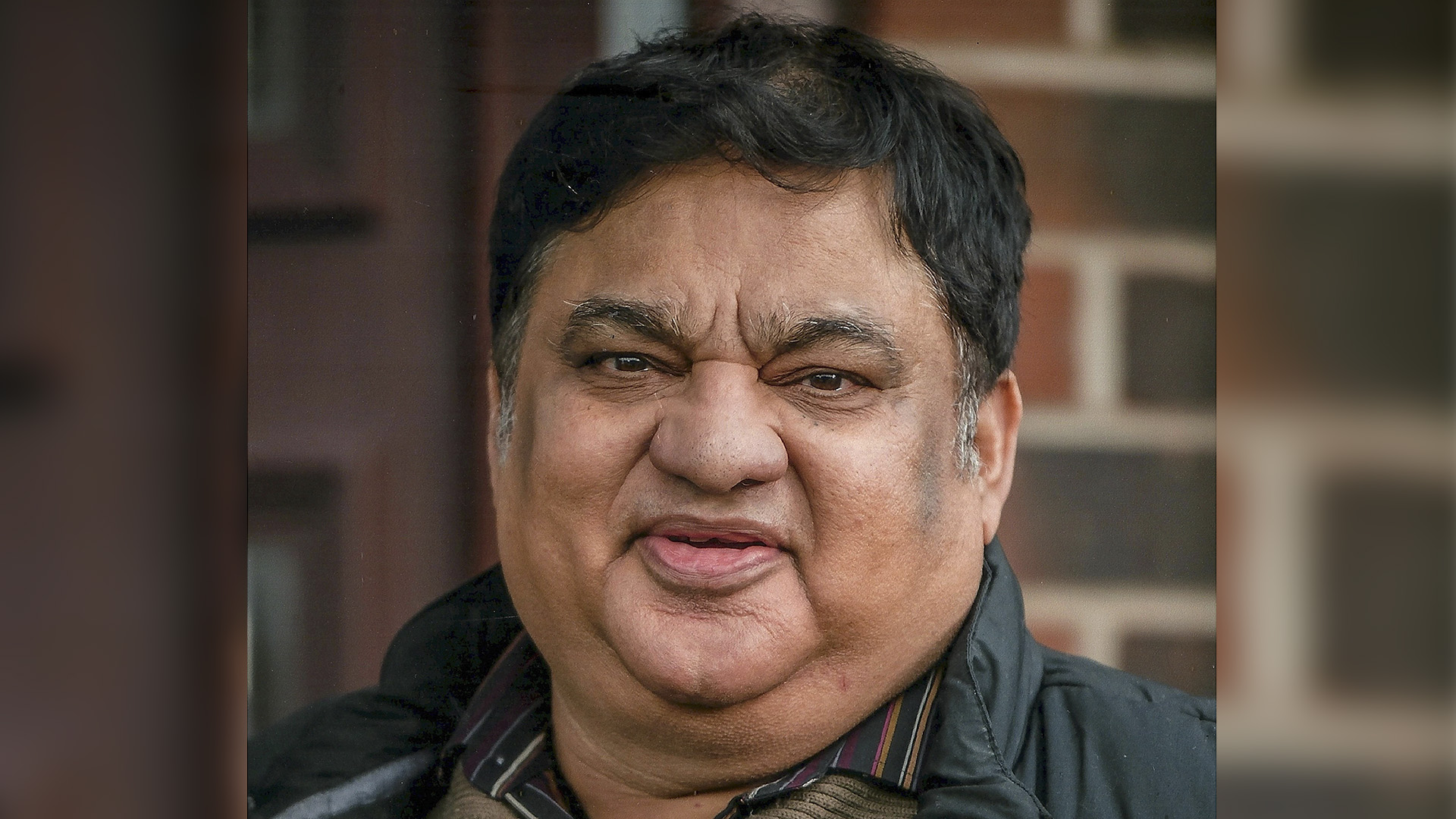 MEERUT, India — “This is only after 15-16 years that the media has contacted me,” Harish Patel, a 67-year-old actor based in India’s Mumbai, told Zenger News.

Marvel Studios, a subsidiary of Walt Disney Studios, recently released a teaser of all its upcoming superhero movies, which served as a treat to all the fans.

The promo contained a sneak peek of its upcoming movie, “Eternals”. The movie is about Eternals, a race of immortal beings who have been secretly residing on Earth for thousands of years and reunite to save humanity from humankind’s most ancient enemy, the Deviants.

But among the many familiar faces, Indian fans were quick to notice Harish standing beside Nanjiani. In no time, he started trending on social media.

“I have been showered with so much attention,” Harish said. “It feels like better days are here for me.”

“I never knew I would star in films. I was in garments export business after my college.”

Hailing from Mumbai, the city of dreams, Harish started doing theater in 1974. He did a child actor role in a movie in 1967. But his Bollywood dreams started with the 1983 movie “Mandi”, directed by Shyam Benegal, where he played a policeman.

Harish’s life took a turn when in 1992, his wife got a call from the British Broadcasting Company (BBC). They asked if he would be interested in a role in their upcoming series, “The Buddha of Suburbia”, based on a novel by Hanif Kureishi.

“They had seen me in the 1987 movie ‘Tamas’ [‘Darkness’],” he said. Based on a novel, “Tamas” was an epic drama set against the backdrop of riot-stricken North India on the eve of Partition in 1947.

“I told them that I come from a vernacular medium. My English was also newspaper kind. I think in Hindi and speak in English. But they convinced me.”

Working on the struck a chord with Harish, and he had a sudden realization.

“My role, Changez, garnered a lot of attention. After working there, I realized that this is the place to work.”

Harish’s foreign career took off after the mini-series. He went on to act in movies like “My Son The Fanatic” and “Chicken Tikka Masala”.

Harish says he shares a special bond with F.R.I.E.N.D.S actor David Schwimmer, whom he met while shooting for a National Broadcasting Company (NBC) series called Nevermind Nirvana in 2004.

“The series was directed by David. They were looking for someone to play the father’s role and casting agent Uma Da Cunha suggested my name,” he said.

“It was on the set that David and I became fond friends.” The combo also teamed up for “Run Fatboy Run” (2008).

Reminiscing the days in London, Harish shared a funny anecdote when some fans approached him for an autograph.

“This happened when this one time David and I were hanging out in Soho, London.”

“I did not know when a group of two-three people came and stood behind us while I was talking to David. Suddenly David asked them, ‘yes, what do you want?’ to which they replied, ‘we want Harish Patel’s autograph’.”

Harish also did theatrical plays abroad. In 2007, the National Theatre London wanted to cast him for an adopted play named “Rafta, Rafta”.

He auditioned and was selected by the then artistic director of London’s National Theatre, Nick Hytner.

“I was about to give up on it because I had commitments at Bollywood. But my manager and the team of ‘Run Fatboy Run’ convinced me to grab this opportunity.”

For Shakespeare’s 400th birthday, Harish was approached to play Friar Laurence in Romeo Juliet’s play directed by Daniel Cramer and performed at the Shakespeare Globe Theatre.

“I got to audition for Marvel because of all this work,” Harish told Zenger News.

He revealed that his manager intimated him about the highly-anticipated Marvel film in July 2019, following which he went to Pinewood Studios, London, in August the same year.

As soon as the final audition got over, he was called for a table read.

“I was famished after the audition and was looking for something to eat. Suddenly, somebody tapped on my shoulder. It was none other than Salma Hayek.”

The actor candidly confessed that he didn’t know about Richard Madden and Kit Harington, and it was only after the table read that he Googled them up.

“I met Angelina Jolie on the set. She was adorable. The whole star cast was very warm.”

As per the actor, shooting for “Eternals” at the Pinewood Studios was a blast.

“On one side, the shoot for ‘Eternals’ was on and, on the other, for the Bond movie ‘No Time To Die’.”

The “Eternals” cast does not feature him yet.

Harish says there is a lot of difference between Indian and foreign studios. “There is no tension, and everything is organized, and they respect you as well,” he said.

Bollywood has its perks and charms, but Hollywood has always remained ahead of other film industries.

“The quality and budget, as well as the way they think, are different,” Mitul Patel, a VFX artist currently in Bengaluru, told Zenger News.

“Budget is always a constraint in Bollywood. They are not clear in the vision; they do a lot of iteration, which kills a lot of time and effort.”

“And, even if the artist wants to reach somewhere in terms of quality, there is time constraint. Of course, it’s all linked to money.”

Mitul is a VFX, or visual effects, artist with expertise in showing explosions, destruction, etc. He has worked for several Bollywood and Hollywood films with DreamWorks, the Star Wars franchise and is now working for Marvel Studios.

His notable work includes “3 Idiots”, “Boss Baby”, “Blade Runner”, “Aquaman”, and “Antman and Wasp” among others he tags as a “mixed bag.”

Mitul’s latest project is “Eternals” and two other projects that he could not reveal.

He believes Bollywood has upgraded itself in the past decade. However, many professionals would still want to switch to international studios, leaving a void in the talent pool.

“Clients are more informed and educated, so it helps.”

Most of the time, Indians in foreign films are projected in a typical manner.

“There are not as many characters available out there with a lot of flesh. Most of the Indian characters are very stenciled.”

“They are hardly any stories that are actually made around real flesh time characters from India in the international scenario, which I feel like is now bridging up. But still is a slow process,” she said.

However, according to Porush Nagar, an independent casting director currently based in Delhi, it can be easy for actors to land international roles if they possess the right amount of dedication and exceptional acting skills.

“Whichever actor is getting lauded here at Bollywood, they all are getting opportunities to work in foreign films. Take, for instance, Anupam Kher, Naseeruddin Shah, or Om Puri.”

Hollywood outperforms Bollywood when it comes to professionalism, too, Harish and Mitul said.

“Back in my days, directors did not even tell us about our role or even the story of the film because directors had big egos,” Harish said. “Though, I can’t say anything about the current situation, as I have not worked in Bollywood since mid-2000.”

“It was later when I watched those movies that I understood the character and the storyline.”

The actor lauded the professionalism that international studios maintain.

“There, the whole unit knows every little detail 1-1.5 months before the shoot. Every single person knows his/her job, so we don’t have to bother about anything else.”

As pointed out by Mitul, Indians work hard but lack discipline and resources.

“In terms of work culture, I would say it is more organized and professional in Hollywood. In Bollywood, it is not, so people spend a lot of time and work really hard.”

“Also, hardware and software resources are also limited. In international studios, the pipelines are more robust. They have more resources.”