Colonial Pipeline Outage Remains A Headache At The Gas Pump

Panic at the pump is adding to the widely reported supply-side pressures.
By Daniel James Graeber May 18, 2021
Facebook
Twitter
Linkedin
Email 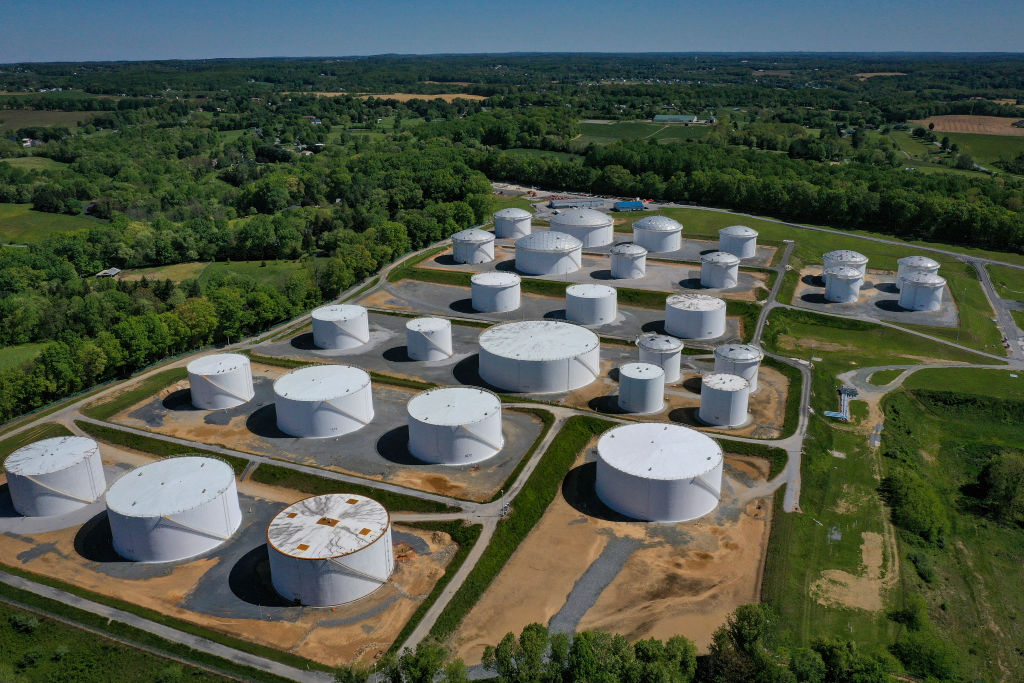 In an aerial view, fuel holding tanks are seen at Colonial Pipeline's Dorsey Junction Station on May 13, 2021 in Washington, DC. The Colonial Pipeline has returned to operations following a cyberattack that disrupted gas supply for the eastern U.S. for days. (Drew Angerer/Getty Images)

Retail gasoline prices continue to increase only a few weeks out from the Memorial Day start-of-summer weekend, with surging demand at the pump and ongoing issues with the Colonial fuels pipeline to blame, analysts told Zenger News on Tuesday.

After recovering from a ransomware attack and then a cyberattack on its website, the company operating the pipeline said its network was back up and running last week. Consumers were warned of intermittent issues and, on Tuesday, operations suffered another setback.

Patricia Hemsworth, a senior vice president at Paragon Markets, said problems had emerged within Colonial’s communication system, and not everything yet fixed since the cyberattacks.

“So far, we have not seen anything too dramatic, however, as far as the price response in the futures market goes,” she said from Brooklyn.

Prices were already elevated as demand picked up amid the COVID-19 vaccination campaign.

Travel club AAA reported a national average retail price of $3.04 for a gallon of regular unleaded gasoline. The last time prices were that high was in late May 2018.

Hemsworth said ongoing issues with the Colonial pipeline, a network that meets about half of the demand for refined petroleum products on the East Coast, should incentivize more imports from Europe and other international suppliers.

That should help alleviate some of the supply crunch in the U.S. market as panicked consumers, fresh off the shortages of staple goods like toilet paper during the pandemic, raced to the gasoline station to fill up.

Patrick DeHaan, the senior analyst at GasBuddy, told Zenger News some regional shortages were clearing up.

The situation along the southeast U.S. coast might take another couple of weeks to return to normal, he said. But a lot of that is dependent on how much demand increases in the days leading up to Memorial Day.

“But at least by the holiday, outages should improve enough that it isn’t as much a chore for motorists to find fuel,” DeHaan said. “Outside of the region, prices are close to their 2018 levels, albeit slightly higher in some spots, but refiners continue to raise output to match demand ahead of summer — a positive sign.”

Memorial Day kicks off the unofficial start to the summer holiday season.

Demand for fuel is expected to surge as vacationers break pandemic cabin fever and take advantage of the weather.

Tom Kloza, the chief oil market analyst for the Oil Price Information Service, told Zenger from New Jersey that the Colonial Pipeline issue is a nation-wide one as panic-driven demand spreads from coast to coast.

With the latest network outage, commuters might not let their guard down anytime soon, he said.

“I think some of the ‘they say we’re not going to have enough gasoline’ mantra comes back about a week from now and riles up the public ahead of Memorial Day weekend,” Kloza said.

The nation-wide average price for gasoline this time last week was $2.99 per gallon — up from $1.88 a year ago. At this time in 2019, just before the pandemic hit, federal data showed an average national price of $2.94 per gallon.