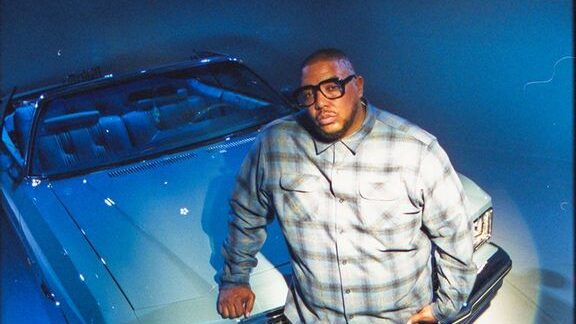 LOS ANGELES — Glasses Malone is no stranger to creating a buzz.

Often, his unpopular opinions, whether about music, basketball, boxing or even his Crip affiliations, garner mixed feelings from his social-media audience.

However, his new single “‘6 ‘N the Mornin’,” has the West Coast buzzing because it has put two legends on the same track who ironically never collaborated before — Ice-T and Snoop Dogg — along with the future of West Coast music, Ty Dolla $ign.

Glasses Malone talked to Zenger News about the new single, his “No Ceilings” podcast and his new-found skill at marketing.

Zenger: You just released your latest single, “6 ‘N the Mornin’” where you actually get West Coast legends Ice-T and Snoop Dogg to collaborate for the first time. How did you make that happen?

Glasses Malone: It was two separate ideas. I knew I wanted Ice-T on a song because of the hook. I knew it would be dope to celebrate “6 ‘N the Mornin.’ ” The origin of all West Coast hip-hop and all gangsta rap. So, I knew I wanted to merge the idea with the idea that was already existing.

Getting Ice-T, I had to put in a little work. I had to go to two concerts to catch up with him. But finally, when I ran into him at the last concert, he was in a room full of OG original Crips, some from Front Hood, some from PJ. He said: “Yo, come with me to my dressing room.” I think it was honestly a test from Ice. So, I walk in the room with him, and they see him, “Ice!” And then they see me, and they like, “G, waddup cuz.”

The whole room, all the other cats knew me from the streets. He looked at me like, “Oh, this dude is something.” So, even though I wasn’t out there in hip-hop at that point, I was already that dude in the street. I think he saw a part of himself in me at that moment. It let him know was really out there, and if those dudes in that room knew me, then I was from the corner.

After that point he came to the studio, wrote his verse, mapped it out, chopped it up with me, gave me some game. It was amazing to watch a veteran of 40-years be able to do that, that was crazy. I thought the verse was fantastic. It became a really dope piece, and I asked myself: What would really reinforce this is something special for the West Coast. Well, if you have the god of gangsta rap, you gotta put the god of West Coast hip-hop, Snoop Dogg, on the song.

We have always had a working relationship, no matter if our talking relationship has always been complex. But our working relationship since 2009 has been pretty solid. I realized they had never had a song together, and I was like, “Yo, lets do this!” I did that, and I did some other special things with that record. I call it a “Super C-Mix” I’m excited about it.

Zenger: You always speak highly of Ty Dolla $ign, who’s also on that record. What is it about Ty that sets him apart?

Glasses Malone: The more I learn about music and I get into it, I’m able to see, Rick James is probably the coldest musician to come out. You gotta go to somebody like Prince to get close to Rick James. Rick could write his own music, make his own music, rock the crowd. He was the king of the urban scene. So many people got swag from Rick James, including Michael Jackson. “Thriller” is Rick James, whether he gets credit or not.

I’m confident in saying Ty Dolla $ign is the modern equivalent of those two — and can be possibly greater than Rick James.

Only a damn fool will not try to consistently be in the same room with that type of genius. He is unbelievably brilliant. He is a special writer, player, producer … he produced the track. I did some work on it, but I didn’t even take credit for the work I did on the track, because it was so dope. I just complemented what he didn’t have.

Zenger: You can dream of putting two legends together and it being what you thought it was going to be. What happened in this instance?

Glasses Malone: Honestly, I don’t know if I even thought of it like that. It’s just my time right now. Things that may have seemed hard in the past or will be hard for the next artist, it’s my time. So, all the things that are impossible are very much probable and will happen in this space for me over the next 36 months.

My job is to do the impossible and bring the West Coast together. That’s what I’m supposed to do. We don’t have a new culture to truly celebrate. What we have is our rich history within culture. So, it’s like, let me take Ty Dolla $ign which is tomorrow, let me take Ice-T which is the origin, and create a nuclear weapon.

Zenger: You told me that in your time away from music, you wanted to figure out marketing. What does that mean?

Glasses Malone: What’s crazy is, my natural gift is I’m a storyteller. In 5th grade, I would write stories about Nintendo characters and sell them and give them to my friends. My imagination was decent at that time. Now, to be in this space and to find out marketing is that thing, it became the thing  I felt the least confident in initially. But “Nip” Nipsey Hussle, rest his soul, and my boy Meetro was trying to turn me on to it.

The art of hip-hop is cool because that’s best for the culture, but marketing is all about storytelling. I feel so confident in my ability to get everyone to understand the story. Dating back to “2Pac Must Die,” I get that part, so it’s on now.

Zenger: You never shy away from educating people on gang culture or hip-hop. And it comes from an educated space.

That’s what we bring from that urban street corner. When I start talking, you’re going to understand the lingo and how we do our thing out here. Without it being something that I want to do, it comes with the car; it’s like power windows at this point. But obviously, my goal is to teach and bring you to my realm.

Zenger: Did “2Pac Must Die” help or hurt your brand?

Zenger: I’m a little surprised you didn’t name “Eastsidin” in that mix.

Glasses Malone: “Eastsidin” is different. It is definitely special and was a moment for me. It really connected Crippin from the West to the East on a mainstream level. It’s camaraderie in all of us. That was special too, but “2Pac Must Die” is the definition of what hip-hop is all about. “Eastsidin” is an idea that everybody knew. The visuals created a better element.

Zenger: You have a podcast, “No Ceilings,” with Peter Bas on The Black Effect on iHeartRadio. You cover everything from A-Z. Was that intentional?

Glasses Malone: Charlamagne [Tha God] has been trying to get me to do a podcast for a while. Finally, his situation formed up, I told him I would. As for as the parameters, it seems endless because, it’s all about pariahs in our community — where we’re from, from a hip-hop perspective.

I also didn’t want a podcast that was all celebrity-driven. My goal is to talk to people who don’t have representation in our community. Naturally, it’s going to be weird, but if you listen to the conversation, you’re going to realize that you’re not that much different from the people you listen to. We’re not that far away.

«Previous Post
Jamoncillo: The Mexican Sweet That Came Straight Out Of A Monastery»Next Post
Despite Political Conflicts, Jews And Arabs Unite As Health Professionals