El Of A Find: Mystery Of $120,000 Mayan Treasure Found Under A Farm Basement 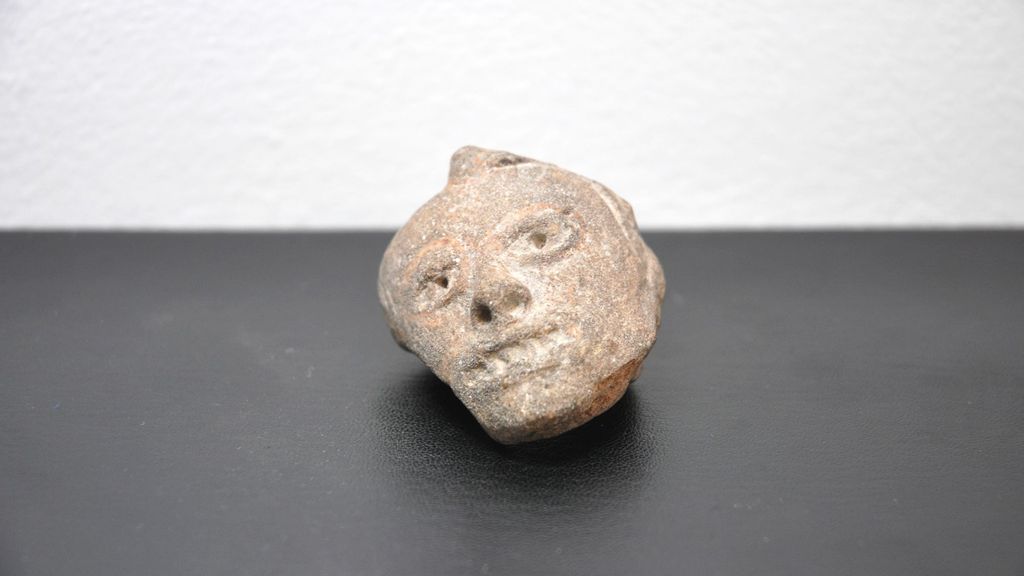 One of the Mayan artifacts discovered in the basement of a farmhouse in Klotze, Germany. (Landeskriminalamt Sachsen-Anhalt/Zenger News)

German police discovered Mayan artifacts said to be worth 100,000 euros ($121,000) in the basement of a farmhouse in Klotze, in the state of Saxony-Anhalt.

The artifacts, which date between A.D. 750-850, were found after a man, whose name was not disclosed, reported to police in 2020 that he had buried old weapons in the basement of the farmhouse before he sold it, according to media reports.

Even though he described in detail the basement where he had hidden his grandfather’s rifle and pistol 14 years earlier, police doubted his story. The man contacted police a second time because he was eager to recover the rifle.

Police then went to the farm to search, and while they were digging, their metal detector went off. At a depth of 15.7 inches (40 centimeters), they discovered a plastic bag containing moldy weapons, old newspapers and several other plastic bags. The latter items turned out to contain 13 decorative clay figures, fragments and colored pots, all of which the previous owner had failed to mention.

It was later revealed that the man had bought the items at a flea market many years ago. It is unclear why he buried them in the basement.

Nikolai Grube of the University of Bonn confirmed that the artifacts date to ancient Mayan culture and gave the estimate of their value.

Two figures, estimated to date to between A.D. 250-450, came from Teotihuacan, Mexico, and the others, which are even older, came from northern Guatemala, Grube said.

Prime Minister of Saxony-Anhalt Reiner Haseloff said the artifacts would be handed over to the ambassadors of Mexico and Guatemala on May 20.

The man who buried the artifacts will not be charged, police said.