VIDEO: Brat Cave: Teen Built Underground Den After A Fight With His Parents

Ultimate man cave has a bedroom, lounge and its own electricity.
By Ana Lacasa May 15, 2021
Facebook
Twitter
Linkedin
Email 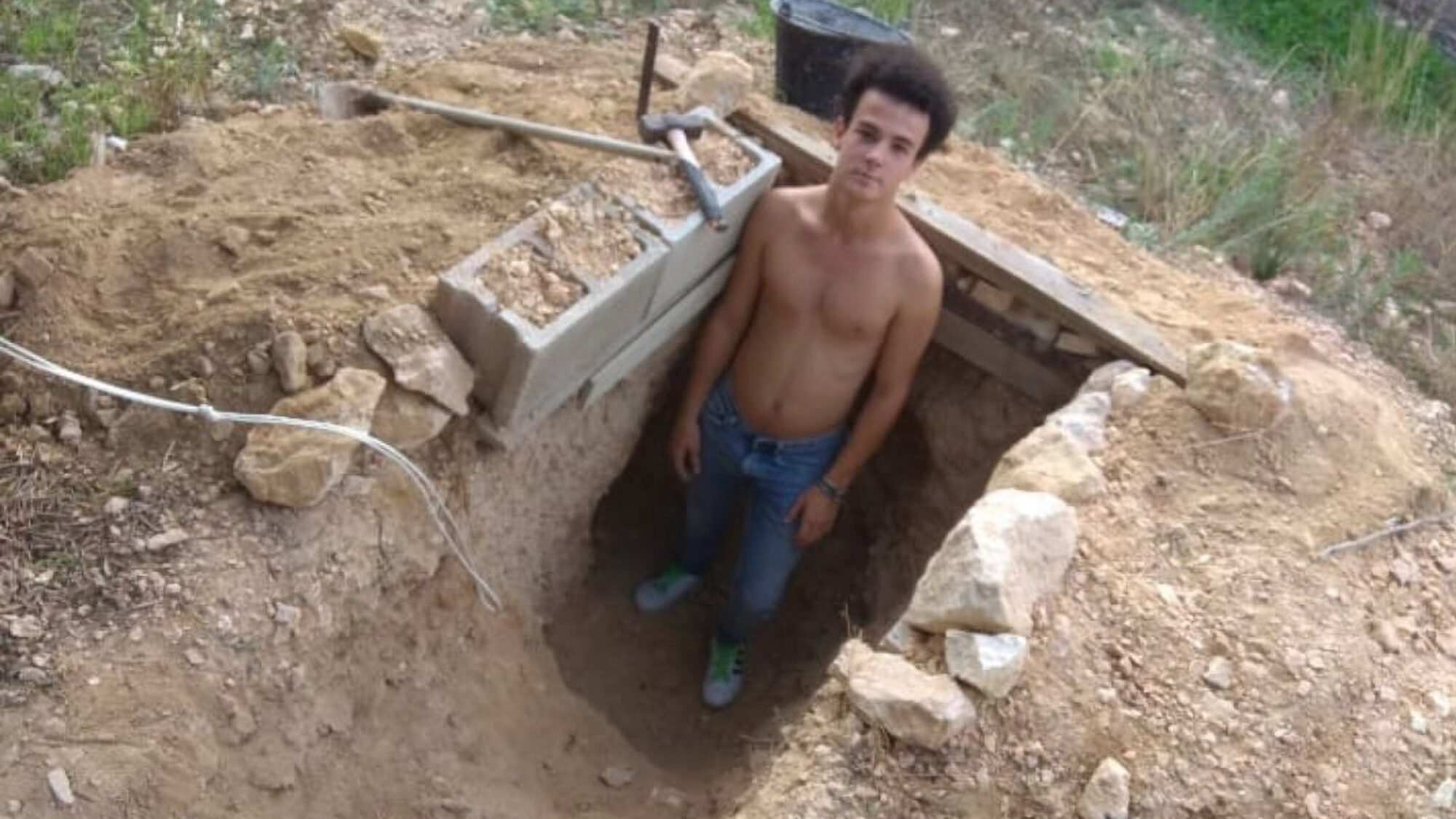 Andres Canto's cave, which he started digging in 2015, has been expanded to a livable space with two rooms, lighting, heating and Wi-Fi, in Alicante, Spain.(@andresiko_16/Zenger News)

When a disgruntled teenager headed into his back garden six years ago with a pickax to let off steam by attacking the ground after a family quarrel, he never imagined he would end up with his own underground man cave.

Andres Canto is now 20 years old, but thanks to a fit of pique when he was 14, his underground retreat in La Romana, in Alicante, southeastern Spain, now incorporates a sitting room and a bedroom.

Canto, an actor, said he does not really understand what was going through his mind in 2015 when he headed to the garden with his grandfather’s pickax, but he appreciates the result.

“My parents wanted me to change clothes to go to the village, but I wanted to wear the track suit, so I could mess around in the village,” he said. “They told me I could not go out dressed like this, and I said: ‘No worries, I can entertain myself,’ and I went to the back of the property and started to dig a hole.”

The digging continued. Andres found he liked to wind down in the evenings after school by working on his excavation several days a week.

The pace of construction changed when a friend brought over a pneumatic drill. Between the two of them, the project became a 9.8-foot-deep (3-meter) cave, occupying the young men for up to 14 hours a week.

Canto plans to expand the cave, which has a bedroom and sitting room, a heating system, Wi-Fi from his mobile phone transmitting from the cave entrance, and a music system. The temperature is a constant 68–70 degrees (20–21C) between May and September, he said.

“It’s great, I have everything I need. It can be tiring to work here, as it is wet and there is not much air. But I have found my own motivation to keep on digging every day.”

Although insects, spiders and snails are often found in the cave, he doesn’t mind.

“I do not have problems with them, if I have destroyed their house, I let them build it in a new place in the wall. It’s no problem.”

He said his love of building started early.

“I have always liked to build little huts. I live in the countryside and often when I found abandoned wood there, I would build a nice house.”

Canto then moved on to building tree houses.

“I did not want to be on the ground anymore, but in the air,” he said. “The last evolution was the underground hut. I was a kid with a lot of imagination.”

The excavation wasn’t without problems.

“Sometimes I came across a big stone, and it could be frustrating after hours of digging,” he said. The layout of his man cave was often determined by stones that appeared in his way during the project.

Digging was mainly done by hand, with buckets to carry the soil from the hole. Eventually, Canto decided to study other excavation techniques and came up with the idea of using a pulley system.

He reinforced his cave roof using arched entrances and vaulted ceilings reinforced with columns, as well as concrete walls to prevent collapses.

The project has cost him around 50 euros ($60), as most of the construction materials he used were cheaper than expected.

After posting a video on social media that went viral, Canto came to the attention of local authorities. The Civil Guard and someone from the Environmental Protection Department visited to ensure the cave was legal.

“As I am the first person in Spain doing something like this, when the Civil Guard arrived there was not a specific report. It was not a basement, neither was it a storehouse, it was only a well-built underground hut,” he said.

And though Canto has to deal with an occasional flood when it rains, he is thankful helps keep the surrounding earth stronger, since the risk of small collapses is greater when soil dries out.

Meanwhile, his parents are fine with their son’s underground retreat. After seeing his videos, his mother went to see for herself: “She came down and told me that it was smaller than it seemed in videos.”