Will It Bear My Weight Mom? Panda Cub Tries Climbing

Six-month-old Fuihin doesn't let a fall get in the way of having fun
By Andrea Tabarcea May 14, 2021
Facebook
Twitter
Linkedin
Email 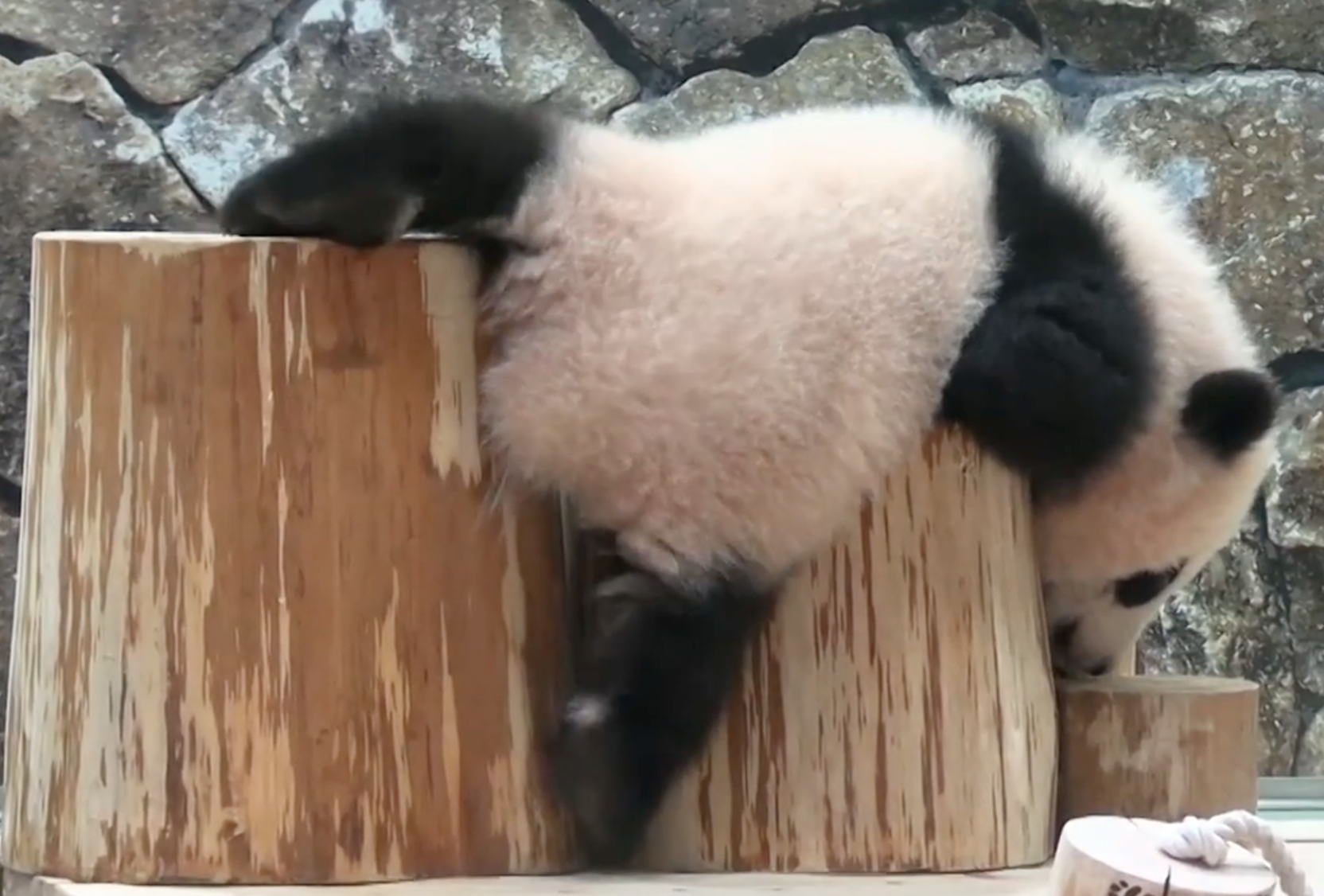 Playtime for Fuihina as she tests her climbing skills on a wooden obstable in her enclosure. (ADVENTURE WORLD/Zenger News)

At six months old, “Fuihin” Kaedehama is learning how — and how not — to climb.

The curious panda cub was seen at Adventure World in Wakayama Prefecture, Japan, trying to climb over everything in her enclosure, under the watchful eye of her mother.

Even falling flat on her back could not discourage the cub.

A video shows the panda cub trying to put her foot on the door of the enclosure in order to climb, but she loses her balance and collapses on her back. She also scrambles onto the stubs of trees, with the same result.

Curious, she gets up and tries to achieve her goal.

After several attempts that ended with her rolling on the floor, Fuihin took a break and went to play with her mother, Ryohama. The games ended with a lot of affection and attention for Fuihin.

Climbing skills are crucial for the giant mammals in the wild, allowing them to reach bamboo on higher branches, as well as escape danger. That may come in the form of other pandas.

Fuihin still has at least two months before she weans from her mother. She will spend her time learning life skills until she turns 18 months

Pandas typically give birth to one cub after mating. They are brought up by the mother without any involvement by the father, who may not even see their offspring.

The pandas at Adventure World, like all pandas outside China, are the property of the Chinese government.

Pandas became a talisman for conservationists but in their native South Central China, wild pandas are no longer classified as ‘endangered’ but instead are ‘vulnerable.’