The large animal was rescued from mangroves in Florida and treated at the Tampa Zoo.
By Tijana Milich May 14, 2021
Facebook
Twitter
Linkedin
Email 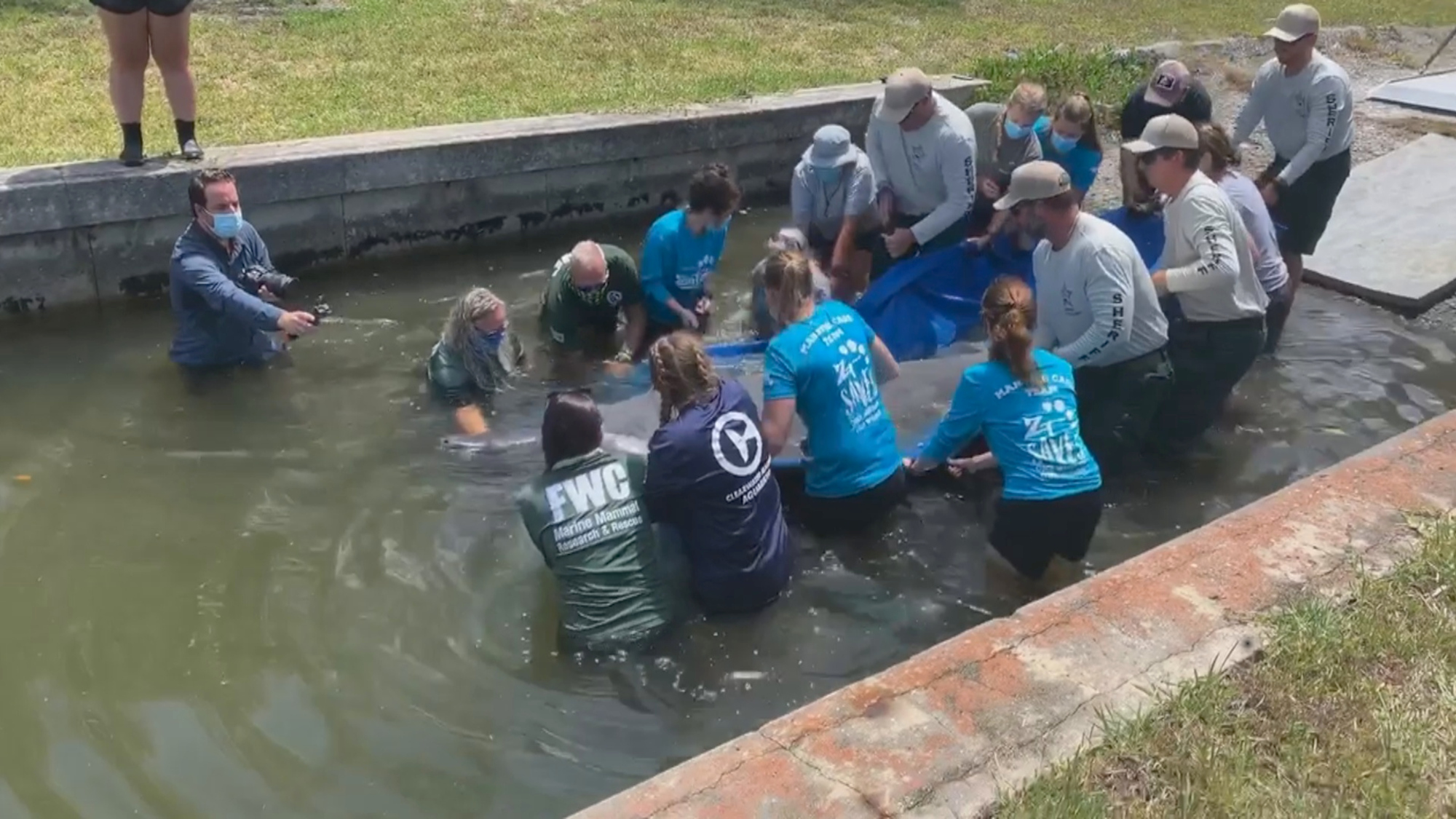 A manatee was released May 12 after being treated for two months at the Tampa Zoo. (@sheriffleefl/Zenger News)

An 1,100-pound manatee has been returned to the wild after a Florida zoo helped it recover from eating toxic red algae.

Lee County sheriff’s officers helped return the manatee, nicknamed Darling, to the water on May 12, and released video of the event.

The manatee was rescued by the sheriff’s office marine unit on Feb. 13 after it became trapped in mangroves and needed treatment for its red tide illness. It was taken to the Tampa Zoo for care.

Once Darling was healthy enough to go back to the wild, sheriff’s deputies partnered with officers from the Florida Fish and Wildlife Conservation Commission, biologists and volunteers to release it.

The video shows the manatee swimming away as rescuers cheered.

Manatees are warm-water mammals that can live in freshwater and saltwater. Red algae is just one of several perils they face. Each year, many manatees are either killed or injured by watercraft collisions, accidentally ingesting fishhooks or litter, or getting entangled in crab traps or monofilament lines, the Save the Manatee foundation reports.