Robbery suspect drove at high speed on the wrong side of the highway. 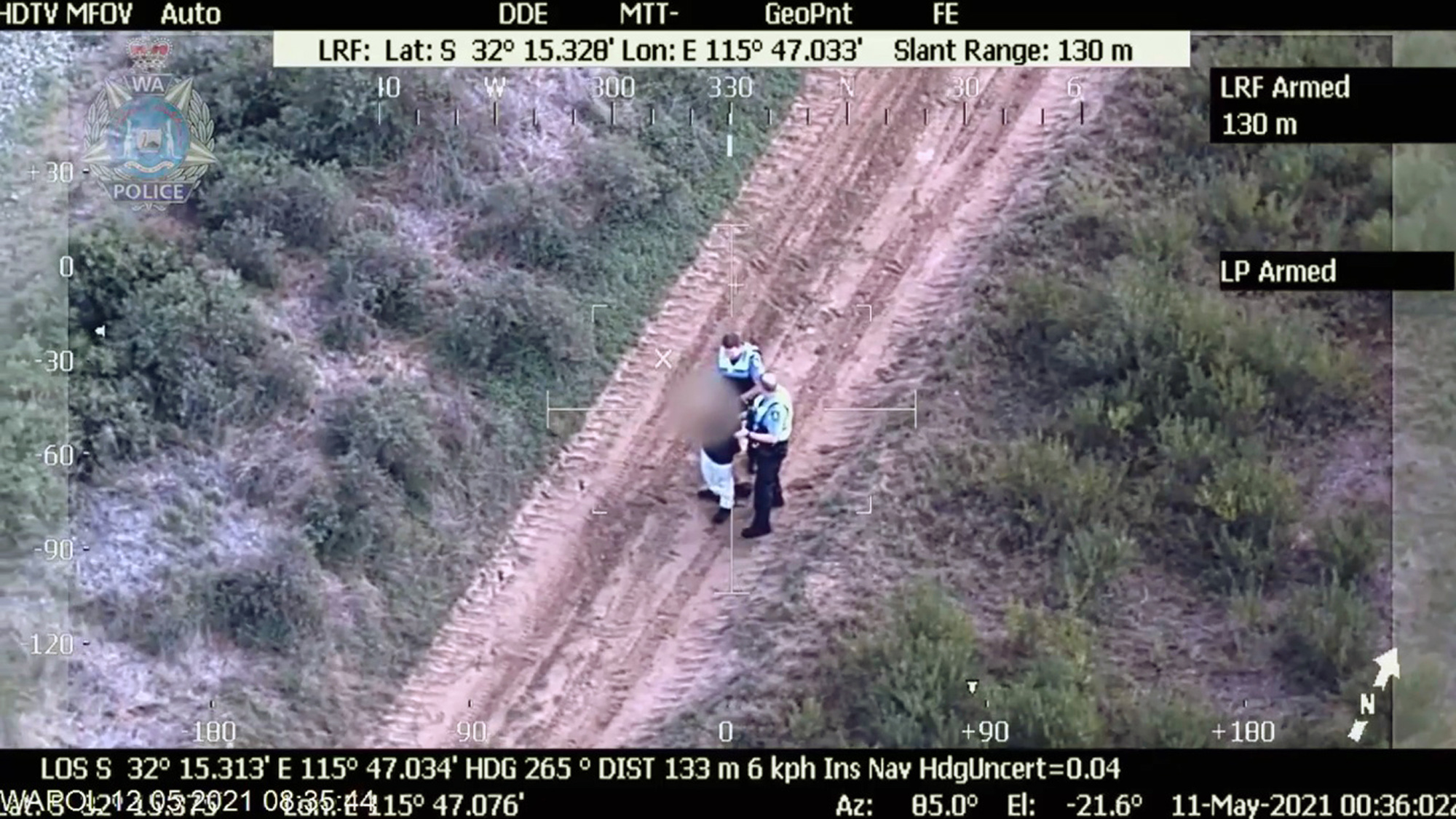 A robbery suspect was arrested on several charges after a long chase in the city of Rockingham, near Perth, in Western Australia on May 12.

The chase began when police saw a Volkswagen Amarok stolen during a commercial burglary at around 8:10 a.m. Police tried to stop the vehicle, but the driver ignored the officers’ signals and accelerated. Police then lost sight of the car.

Police requested a helicopter crew, which found the vehicle and reported the suspect’s movements.

Video show the stolen car being driven at high speed on the wrong side of the highway and over footpaths. At one point, the driver abandoned the vehicle near a railway. The helicopter crew directed police officers to the location, where the suspect was arrested.

The suspect, who was not identified, is accused of stealing a motor vehicle, failure to stop, reckless driving, no authority to drive, possession of drug paraphernalia, breaching a family violence restraining order.

The suspect was denied bail and was scheduled to appear in court on May 13, according to the Western Australia Police Force.