Every Michoacán Dish Has A Story — And Atzimba Pérez Shares It 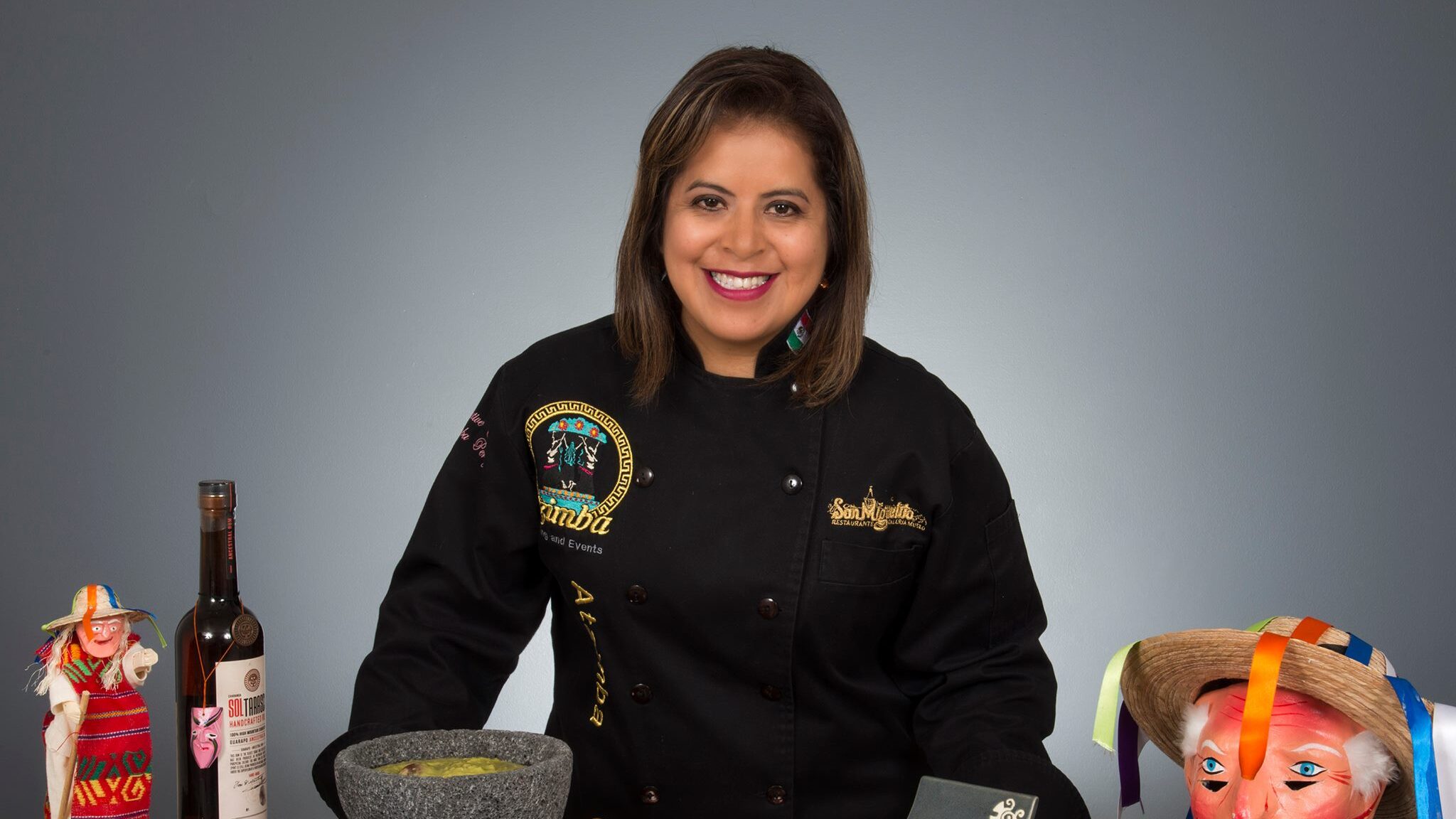 Atzimba Pérez surrounded by elements of Michoacán's culture, including a mask and a figurine of the Viejitos Dance. (Negocios Now)

CHICAGO — Born in Mexico, the Chicago-based chef Atzimba Pérez is proud to have created a catering company focused on sharing her homeland’s food. A cultural story is baked into every dish she makes.

Her main goal with Atzimba Catering and Events is to help preserve Michoacán’s gastronomy.

Her heritage stands out in the recipes and decoration of the dishes she prepares. She often includes the monarch butterflies that migrate to Michoacán every winter.

“Every time I arrive at an event or do an event, I tell people the history of the dishes, what their gastronomic contributions are, everything,” said Pérez, who graduated as a chef in Mexico in 1995.

The businesswoman works tirelessly for her business. She is not only the chef but also the baker, pastry chef, decorator and bartender.

“I can do everything because I had a complete career in Mexico. Fifteen days after graduating, I opened my bakery there. I arrived in Chicago in 1996. Since then, I have continued to keep up to date,” said the entrepreneur.

Last year, she began teaching about Mexican and Latin food in Chicago schools.

“Often, parents forget to teach their children about their dishes, and that is why they are losing their roots,” she said. She hopes to create a school and a foundation that help preserve Mexico’s — and mainly Michoacán’s — gastronomic culture.

UNESCO recognized Michoacán’s food as an Intangible Cultural Heritage. While Pérez tries to stick to the region’s traditional recipes, she also gives the dishes her distinctive mark.

“The truth is that I always get out of the traditional menus,” she said. In fact, her most popular desserts are the tres leches cake with fruit and the cheese pie with Zamorano chongos, a dessert made with sour milk. Cochinita pibil (pork cooked with annatto), green mole (a pumpkin seed sauce), pre-Hispanic tamales — considered gourmet — and birria (a soup of lamb and spices) stand out among her famous main dishes.

Pérez also serves mezcal, chocolate tequila and a beverage she calls Mayan kiss, among other drinks.

The businesswoman caters prmarily to weddings, corporate and VIP meetings.

“I am known for working under pressure and being versatile,” she said.

“When you work on what you like and can harvest the fruit of your efforts, you do everything with passion,” she said.