‘Black Fungus’ Sneaks Up On Covid Recovered Diabetics In India

Doctors in India record a big spurt in cases of the aggressive, hard-to-treat fungal infection.
By Saptak Datta May 14, 2021
Facebook
Twitter
Linkedin
Email 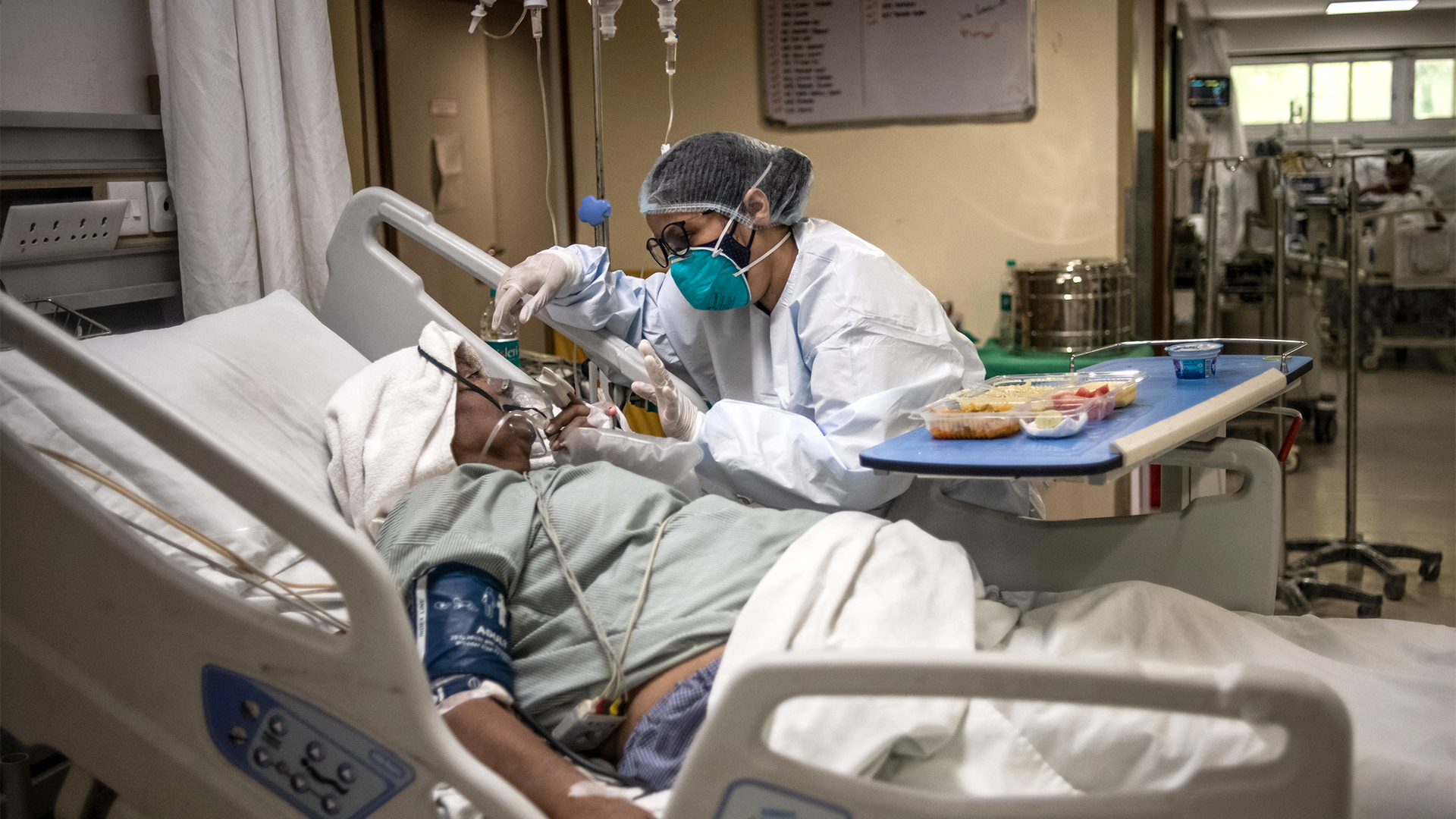 A rare but fatal fungal infection following Covid recovery with high mortality rate is a cause of concern. (Rebecca Conway/Getty Images)

Known as mucormycosis, or black fungus, the disease affects patients with a history of diabetes and those who have a compromised immune system due to steroids and comorbidities — post-transplant/malignancy, voriconazole therapy to treat fungal infections.

The disease is not new and is usually caused after exposure to mucor mold found in soil, plants, manure, and decaying fruits and vegetables.

But it is increasingly being reported among those who have recovered from Covid-19 because steroids elevate sugar levels and some medicines suppress their immunity.

“The fungus that resides in the nose and sinuses destroys the bony tissues around it,” Neha Mishra, infectious disease specialist, Manipal Hospitals, told Zenger News.

“It colonizes the mucosa, gradually extends up to the soft tissues, corrodes the bones, and finally reaches the brain. When the fungus destroys a particular vessel or muscle tissue, the area becomes non-viable. After entering the vessel, it cuts off the blood supply.”

The disease affects the lungs, brain, jawline, and eyesight of people on medication that reduces their ability to fight environmental bacteria.

The symptoms include redness and pain around the eyes and nose, shortness of breath, headache, fever, coughing, bloody vomits, and altered mental status.

Experts in the Covid-19 task force have issued an evidence-based advisory on the disease, with cases rising exponentially in the second wave of the pandemic.

Till now, cases have been registered in the north-western state of Rajasthan, the national capital of New Delhi, the northern state of Uttar Pradesh, the central state of Madhya Pradesh, with the western states of Maharashtra and Gujarat being the worst hit.

“There could be over 2,000 mucormycosis patients in the state as of now, and with more and more Covid-19 cases coming up, their number would increase for sure,” Maharashtra’s Health Minister Rajesh Tope said in a press briefing.

However, the doctors claim that not all blocked nose cases should be considered mucormycosis, particularly in cases of immunosuppression (reduction in the efficacy of the immune system) or Covid-19 patients on immunomodulators (medications used to help regulate the immune system). They believe that further investigation in detecting the infection is needed.

The high mortality rate of the disease is a cause of concern. As per reports from the Centers for Disease Control and Prevention (CDC), the mortality rate varies depending on underlying patient condition, type of fungus, and body site affected.

For example, the mortality rate was 46 percent among people with sinus infections, 76 percent for pulmonary diseases, and 96 percent for disseminated mucormycosis.

“The mortality of this disease is also very high,” Mishra told Zenger News. “People who are dependent on inadvertent use of immunosuppressive drugs such as steroids are more prone to mucormycosis. The progression of the disease can be prevented if detected at early stages.”

She claimed that there were lesser cases of mucormycosis in the first wave of Covid, and the numbers have risen significantly in the second wave.

Experts claim that managing Covid-19 patients infected with the disease is a long process and involves microbiologists, internal medicine specialists, intensivist neurologists, surgeons, and others.

The disease can be treated with antifungal medicines but might require surgery in some cases. Its excessive spread can lead to loss of eyesight and upper jaw.

In the southern city of Bengaluru, Raguraj Hedge, an eye surgeon, has attended 22 cases of mucormycosis in the past two weeks, and most of them are young patients aged below 45.

“There is a spike of five times the usual,” Hedge told Zenger News. “To stop the disease from spreading, at times, surgery is required. If you want to save a life, at times, removal of the eyes is the best possible way.”

Till now, Hedge has operated on 14 patients and shared his most difficult case — a woman who was in her mid-forties was quarantined after contracting Covid-19 and was diagnosed with diabetes.

“In a couple of days, her face started swelling up,” Hedge said. “By the time she came to me, she had lost her vision, and the infection had spread all over her sinuses. She was immediately advised for surgery, but it was too late. To make sure she survived, we had to remove almost half her face.”

Amphotericin B — an intravenous antifungal injection costing up to INR 3,500 ($48) a dose — is the only drug effective against the disease and must be administered every day for up to eight weeks.

“To stall the possibility of the fungal infection in Covid-19 patients — both in treatment and after recovery — right dose and duration of steroids should be administered,” Soumen Bhat, a doctor of neuro medicine in SSKM Hospital in the eastern city Kolkata, told Zenger News.

He attended a woman who was in her sixties, and by the time she came, the infection had spread throughout her body, and they could do little. She tested positive for Covid and was shifted to another hospital.

“Sugar levels should be maintained properly,” he said. “Normal antifungal medication used for other diseases will not work against this infection. In Covid-19, the immunity gets dysregulated, and that usually happens to the elderly and kids. This is the only fungi that invade the blood vessel, and due to pigmentation, the color turns black.”