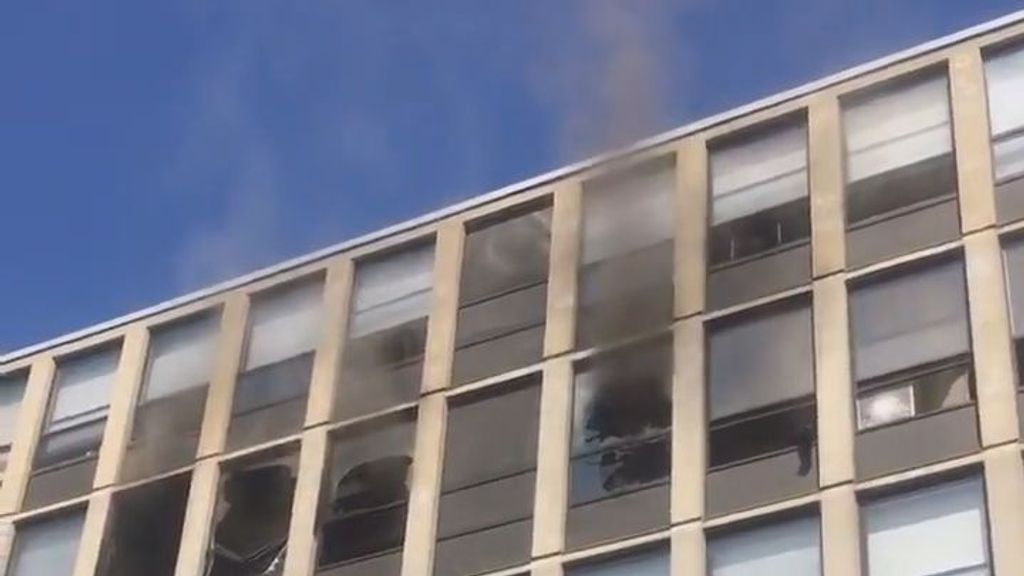 A cat jumps from a fire, bounces and continues to walk on May 13, 2021, in Chicago, Illinois. (@CFDMedia/Zenger News)

A cat used one of her nine lives when it jumped from a fifth-floor window of a burning building and landed on her feet — unharmed.

The Chicago Fire Department shared a video of the brave feline jumping from a burning building at 65th and Lowe in Chicago, Illinois, on May 13.

In the video, smoke is seen coming from the building’s windows.  Suddenly, a cat leaps out of the window as people are heard screaming.

The cat landed on her feet in the grass and then walked off.

“It went under my car and hid until she felt better. After a couple of minutes, she came out and tried to scale the wall to get back in,” said fire department spokesman Larry Langford.

Local media report the fire broke out in one apartment and was contained quickly before it could spread further.

No one was injured during the fire.

The cause of the fire has not been reported.