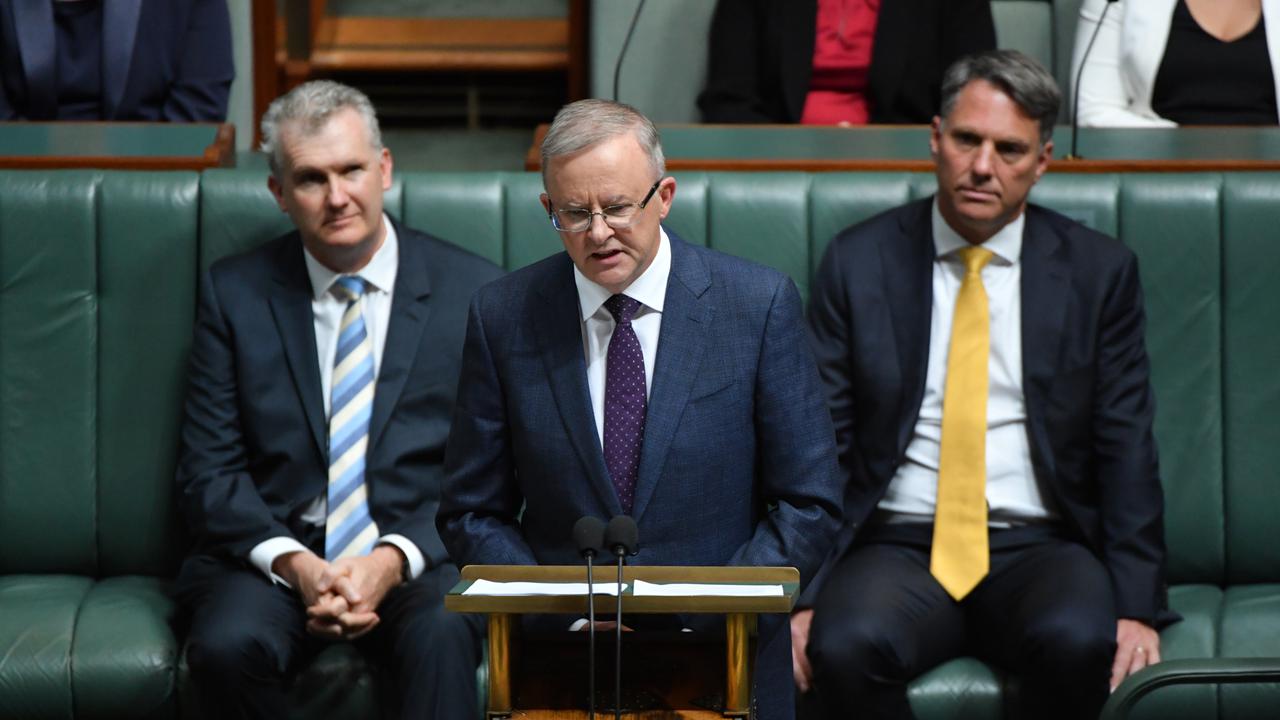 The opposition leader used his budget reply speech on May 13 night to unveil plans to borrow AU$10 billion ($7.73 billion) for a housing future fund.

Investment returns would pay for 20,000 social houses, including 4000 for women fleeing violence and older women at risk of becoming homeless.

A further 10,000 affordable dwellings would be built for health, emergency services, and other frontline workers.

“The security of a roof over one’s head should be available to all Australians,” he told parliament.

Labor expects 21,500 full-time jobs in construction and the broader economy will be created in the first five years, with a guarantee one in 10 on-site workers will be apprentices.

The Future Fund Board of Guardians would manage the program, with investment returns annually transferred to the National Housing Finance and Investment Corporation.

The returns are also slated to provide AU$200 million ($154 million) for repairs and improvements on housing in remote Indigenous communities.

Some AU$100 million ($77 million) would be spent on crisis housing for women fleeing violence and older women at risk of homelessness.

Veterans who are homeless or at-risk of falling into that category would be provided with AU$30 million ($23.1 million) in new houses and specialist services.

Federal Housing Minister Michael Sukkar has challenged state and territory governments to do more on social housing after criticism the budget did little to address a growing crisis.

The Labor leader took aim at Scott Morrison for saying he didn’t hold a hose during the Black Summer bushfires and for pushing quarantine responsibility onto states.

“The prime minister’s constant buck-passing and blame-shifting has become a handbrake on our economic recovery,” Albanese said.

He accused the government of asking voters to forget failures during the coalition’s eight years in power as it seeks a fourth term at the next poll, to be held between August and May 21.

“Make no mistake — the budget handed down on May 11 night is not a plan for the next generation — it is a patch-up job for the next election.”

Responding to Albanese’s housing pitch Sukkar said, “Labor will need to more than triple the current benchmark return for the Future Fund of 6.1 percent to be able to deliver his 20,000 dwellings”.

“Labor’s policy would only deliver one-sixth of the homes at four times the price when compared to the Morrison Government’s successful HomeBuilder program,” he said.

The HomeBuilder initiative intends to support people who are building homes and making renovations that may have gotten delayed due to the Covid-19 pandemic.

But the Property Council of Australia welcomed the proposed housing fund.

“Housing affordability is a dire issue for Australia and the Housing Australia Future Fund is an innovative approach to house less fortunate Australians,” the council’s chief executive Ken Morrison said in a statement.

“We need greater supply across the entire housing spectrum, and this investment would certainly be welcome by the industry.”