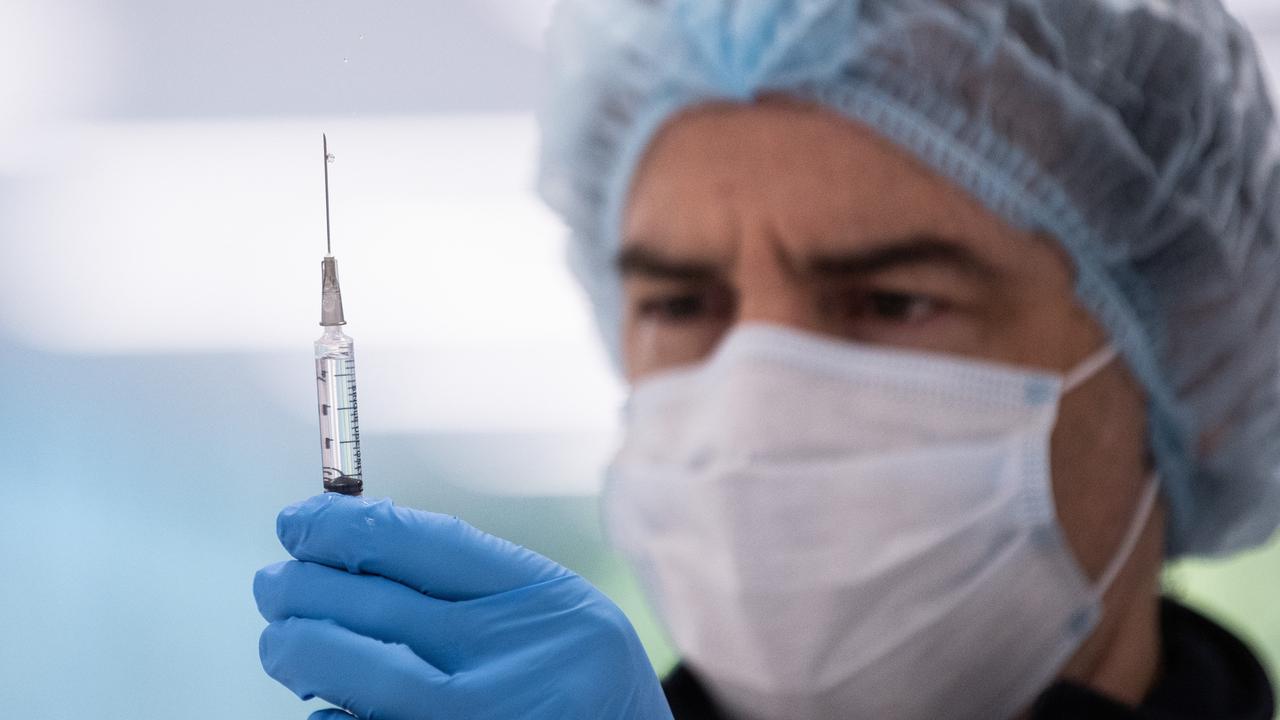 University of NSW's study says people are being dissuaded by conspiracy theories from getting a Covid jab. (James Gourley, Pool/AAP Image)

SYDNEY — No, the Covid-19 vaccine does not contain a microchip that allows large businesses to control humanity through 5G networks.

Nor does it alter your DNA or cause cancers and infertility.

But as per a new study by Australian academics, far too many people are buying into such conspiracies and being dissuaded from receiving the jab.

Since the beginning of the pandemic in January 2020, fact-checking has scrutinized almost 250 claims about the coronavirus.

Theories have been posted by everyone from ordinary Australians to a sitting member of parliament and one of the country’s most famous — and now infamous — TV chefs.

The claims the government and media are using about false-positive Covid-19 tests as a reason to impose lockdowns, that the vaccine modifies a person’s genes, and that a lemon and bicarb hot tea can cure the virus have been debunked.

Similarly, the new University of NSW (UNSW) study, published on May 13, found viral misinformation was spreading at an alarming rate on social media and other online outlets.

The UNSW team reviewed more than 600 pieces of misinformation written in 24 different languages and originating from more than 50 countries, collectively shared, liked, re-tweeted, or reacted to by more than 100 million people.

Inspired by their previous study, which linked general coronavirus misinformation to deaths abroad, the team embarked on a mission to look at the impact of misinformation about the vaccine.

While their original study did not establish a link to any Australian deaths, the researchers fear that viral vaccine misinformation is having a tangible effect in the country.

“Some of them were centered around falsely suggesting that large numbers of people will die or be injured by receiving a vaccine – that piece of ‘news’ was actually circulated more than 48,000 times on Instagram – or suggestions that the Western Australian government would forcibly test and vaccinate children at school.”

The roots of most of the claims could be traced back to the United States, but Australians were also contributing their material to the rumor mill, she said.

“It is being circulated in and coming from Australia,” she said.

Citing a recent survey that found almost one in four Australian adults were hesitant or unwilling to receive a Covid-19 vaccine. Seale claims that her study’s findings demonstrated the urgent need for research on the best ways to ‘inoculate’ against misinformation.

“If the debunking is done by the government, is that believable?

“Does it actually have an influence on people’s decision, or is it better to receive the factual messages from someone that you trust — maybe that’s from a health professional or maybe a community leader,” she said.

Seale claimed that people need to learn how to think critically about what they read on an individual level.

“Is it from a legitimate source? Do you trust the person? What is their agenda? The whole thing comes down to ‘stop, think and check’ before you pass on information,” she said.