Inventory data next week will be skewed by the major U.S. pipeline outage.
By Daniel James Graeber May 13, 2021
Facebook
Twitter
Linkedin
Email 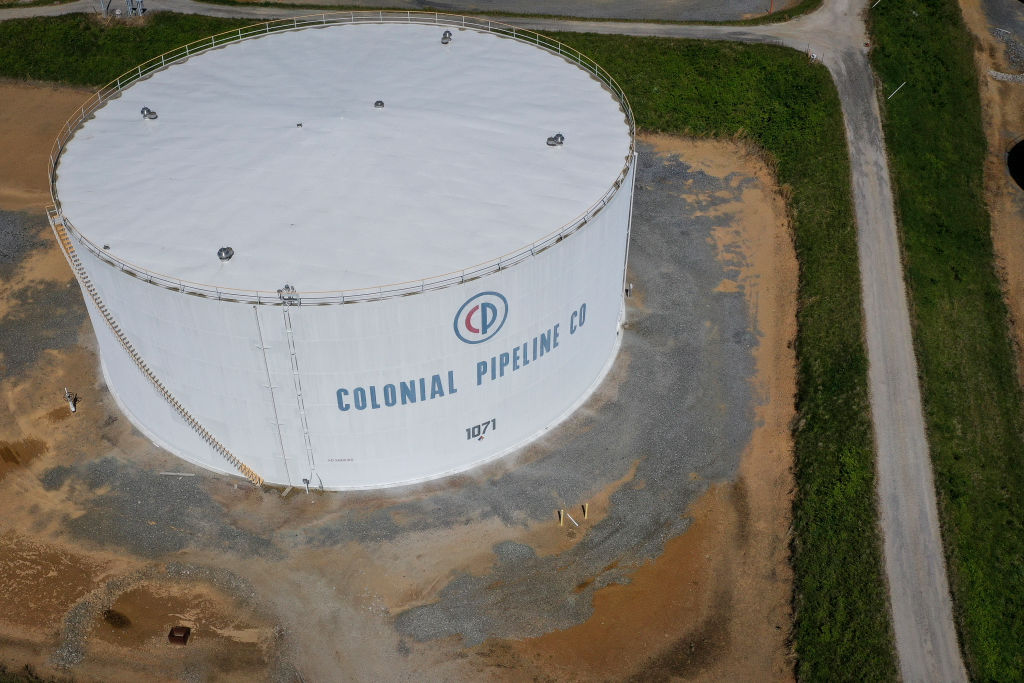 In an aerial view, fuel holding tanks are seen at Colonial Pipeline's Dorsey Junction Station on May 13, 2021 in Washington, DC. The Colonial Pipeline has returned to operations following a cyberattack that disrupted gas supply for the eastern U.S. for days. (Photo by Drew Angerer/Getty Images)

A drain on commercial inventories of petroleum and refined products usually indicates an increase in demand.

Phil Flynn, a senior energy analyst at The PRICE Futures Group in Chicago, told Zenger News the crude oil inventory level would have shown a larger decline if not for the sale of oil from strategic reserves.

“Overall, I’d say the report is supportive, but next week it might be a mess,” he said.

Next week’s data will reflect the recent outage on the 2.5 million barrel per day capacity Colonial Pipeline that meets about half of the East Coast’s demand for fuels such as gasoline. Retail service stations up and down the coast were reporting outages due in large part to panic buying at the consumer level.

Federal officials this week warned against price gouging at the pump.

U.S. Energy Secretary Jennifer Granholm likened the fuel outages to the disappearance of staple goods such as toilet paper during the height of the pandemic last year.

Abhi Rajendran, the director of research at Energy Intelligence, told Zenger from New York that this week’s federal energy report was largely overshadowed by issues with the Colonial Pipeline.

“That impact is coming,” he said.

The pipeline was knocked offline last week by a ransomware attack, but the operating company said it initiated a restart late Wednesday afternoon.

One analyst said markets ignored mixed signals from the federal energy report and instead focused on positive guidance from the International Energy Agency for the second half of the year.

“The agency mentioned that the demand increase will outpace the supply increase over the next six months,” said Giovanni Staunovo, a commodities analyst for Swiss investment bank UBS.

Like economists at the Organization of the Petroleum Exporting Economists earlier this week, the International Energy Agency said it expected global oil demand to recover strongly in the second half of the year as global vaccination campaigns accelerate.

Commodity prices traded in positive territory during the Wednesday session.