Go-go music shimmies back to center stage, thanks to boogie by the award-winning actress.
By Percy Lovell Crawford May 13, 2021
Facebook
Twitter
Linkedin
Email 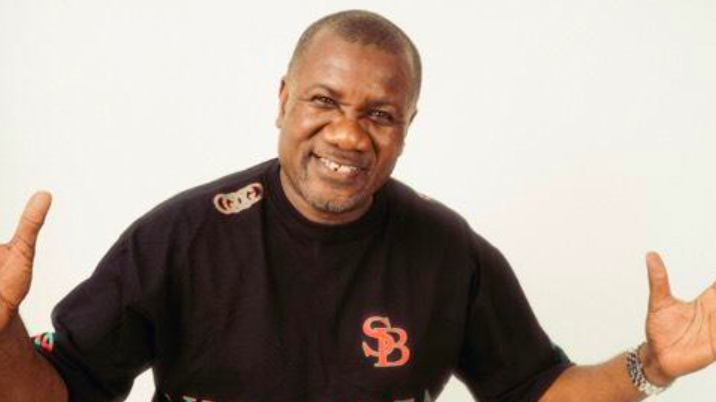 For a song created for Spike Lee-directed 1988 movie “School Daze” to have a viral moment in 2021 verifies its timelessness.

This viral moment wasn’t during a music awards show. Instead, it came during one of Hollywood’s biggest nights, this year’s Oscar Awards.

It happened when Glenn Close became involved in a game called “Questlove’s Oscar Trivia.” She heard a snippet of “Da Butt,” and proceeded to list factual information about the song, shouted out “Sugar Bear” of E.U. and the DMV and concluded her segment by doing a “Da Butt” dance.

It was a well-deserved shout-out to the go-go band that has created within that genre for over 50 years.

Zenger: Things are opening back up; will E.U. be back on the road soon?

Sugar Bear: Right now, we’re just taking it easy for the most part. I don’t want to jump out there too soon.

Zenger: You’ve been around the music game for a long time, and it’s obviously changed a lot during that time. What adjustments have made?

Sugar Bear: Music has definitely changed from back when we first started recording. Things are not choreographed in the studios and computers are involved. But we still record the old way and make music the old way. We play it with real guitars, real strings, real drums, and that’s how we make our music. We stick to our roots.

Zenger: Live instruments and bands aren’t as prevalent as they once were. What makes you guys remain authentic and true to form? Is it just what you’re comfortable with what everyone is accustomed to hearing from you?

Sugar Bear: It’s a bit of both, but it’s the old saying: “If it ain’t broke don’t fix it.” It works for us, so we continue to do it that way.

Zenger: You always seem to give Chuck Brown his props for what he brought to the go-go music scene. What did he mean to you personally and go-go music?

Sugar Bear: He was a mentor to me. Just showing me the ins and outs. What makes people react and how they come in to see you, you have to know how to please the people more than yourself. Coming up under him, I learned a lot.

Zenger: Go-go music is the foundation of feel-good music, party music, I’m down here in Louisiana, and it is similar to what Mardi Gras and second-line music is to us. Do you see the similarities?

Sugar Bear: They are very similar. We performed at the Essence Festival in 2019, and we played on Bourbon Street before at a private event. I have performed there three or four times. They were receptive and warm in New Orleans. The energy was there, and they partied from the first note till the last. It was live, definitely live.

Zenger: I’ve seen several documentaries on go-go music. The fact that it started as an underground genre that’s now getting some mainstream attention must mean a lot.

Sugar Bear: It means a lot because we hadn’t had any notoriety since “Da Butt” came out. And we had, “Shake Your Thang,” so that kind of kept the go-go thing happening from 30 years ago. It’s a great thing that’s happening within our culture. Lately, everybody has been talking about go-go. To me, the documentary just didn’t do it justice.

It helped, but it just didn’t give people clear knowledge of what it is and what it can be. I would love to see a prominent director like Tyler Perry, or even just someone involved with Netflix or Amazon Prime documentaries, really dive into this thing.

Zenger: When you created “Da Butt” and “Shake Your Thang,” did you come across any roadblocks to doing those videos, because at that time, those videos were considered risky?

Sugar Bear: “Da Butt” spoke for itself because we never did a record like that before. When that hit, I still had no idea it was going to be a major hit. “Shake Your Thang,” you can always remember that one from, “It’s Your Thing,” from The Isley Brothers.

So, when you put the hip-hop swing on it, with the go-go, it just took off, and everybody was “Wow!” It was like an original song. We knew it was an Isley Brothers song, but it worked. It turned out to be a major hit.

Zenger: Did you make the song “Da Butt” for the movie “School Daze,” soundtrack in particular or did Spike Lee hear it and eventually grab it from you?

Sugar Bear: It was made for “School Daze” specifically. That was the song that we were going to perform at the so-called ‘Splash Party’ inside the gym. It came off good in the gym and people acted like they heard it before. But it was a party, and they were responding. Go-go was really being introduced in raw form right there, and it was beautiful to see that. And it took off.

Zenger: “Da Butt” is one of those timeless pieces that hits the same whether you play it in 1988 when it was released or 2021.

Sugar Bear: That’s right. I thank God for that song. I am grateful.

Zenger: At the Oscar Awards this year, actress Glenn Close not only knew all about the song, “Da Butt,” but she also shouted you out by name and got up and did ‘Da Butt.’” What was that moment like for you?

Sugar Bear: Man … that was like, “Da Butt” being released all over again. It was a hit. I wasn’t expecting it. I wasn’t even watching the Oscars. I was watching basketball. And it happened, and it was amazing! How that 30-seconds or however long it lasted blew up, and it was like, “Da Butt” coming out for the very first time. It was a great feeling.

Zenger: Who told you about the shout-out and dance?

Sugar Bear: People were hitting me up about it. A guy named Butchie first told me about it. He told me to hurry up, and I got right on it. I caught it just in time. I caught it when she said, “I know Sugar Bear, shout-out to the DMV.” I was like “Wow!” That was large man. You couldn’t ask for a better intro than that.

To be mentioned on a big stage like that … that was supposed to be for movie stars. They gave us a big plug. Again, it specified the go-go culture and let people know it’s go-go music. That was amazing. When I saw her do the dance, that’s what made me smile. I said, “Oh my goodness. She knows the song and the dance.” And that was great, man.

Zenger: It showed the impact of that song, and the song’s durability to survive decades of musical change.

Sugar Bear: Right! That speaks volumes. God is so good. When God is for you, who could be against you?

Zenger: What can we expect in the near future from you and the group, and are you still motivated to get out there and perform?

Sugar Bear: Yeah! I am. I’m still recording, still throwing my hand in the game and seeing what I can come up with. I’ve got some stuff coming out, and hopefully, it will draw some interest and keep us up to today’s level of music. We have been doing this for 50 years, man, so that is amazing — and we’re still going strong today. Especially in the DMV, where we’re from.

Zenger: Anything else you wanted to say before we close here?

Sugar Bear: Tell everybody to please, if it’s in their heart, get vaccinated, stay safe and practice social distancing. And remember, we are all one. All lives matter.

«Previous Post
Tina Turner, Jay-Z Among Rock And Roll Hall Of Fame 2021 Inductees»Next Post
Every Michoacán Dish Has A Story — And Atzimba Pérez Shares It