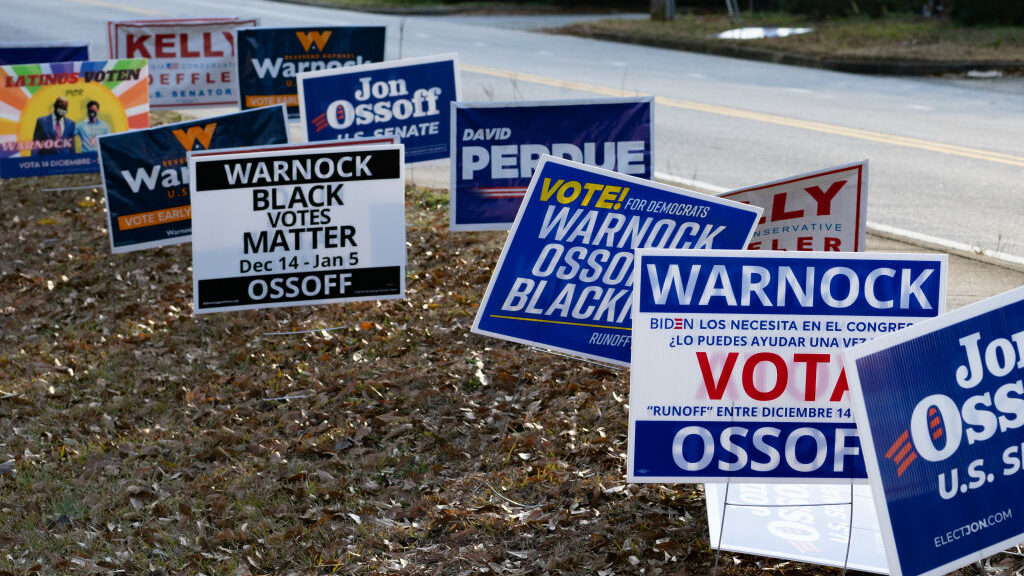 Democrats and Republicans across the United States are gearing up for messy court battles over changes to state-level election laws, including new limits on early voting, voting-by-mail and voter registration, which proponents argue are needed to stop election fraud but critics have slammed as voter suppression.

In the wake of former President Donald J. Trump’s claims that his loss in the November 2020 presidential election was the result of voter fraud, a number of Republican-run states led by Georgia, Florida and Texas have introduced new laws they say are needed to restore trust in their electoral systems.

Among the changes are new regulations on the placement and use of ballot drop boxes, early voting, mail-in ballots, and voter identification, which Republican lawmakers say were too loosely regulated. They claim they were exploited by the Democrats to their electoral advantage.

Democrats, though, say the changes introduced by GOP-held state legislatures are intended to exclude the poor, minority groups and other likely Democratic voters.

They also say the changes are inspired by Trump’s claims of a “stolen election,” none of which have been upheld in court.

The gulf between the parties means many of the changes are destined for legal battles, Sharon Wright Austin, a professor of political science at the University of Florida, told Zenger News.

“Courts, possibly even the U.S. Supreme Court, will eventually determine the constitutionality of this law and others like it,” Wright Austin said, referring to a bill signed May 6 by her state’s Republican governor, Ron DeSantis, live on Fox News.

The bill, known as SB 90, restricts the use of ballot drop-boxes to the early voting period, requires constant supervision of the boxes, limits who can handle mailed-in ballots and requires annual re-registration for people to be eligible for mail voting.

Critics say the GOP-led changes, like other high-profile changes passed in Georgia and presently before the Texas legislature, are not in good faith.

“It’s obviously politically motivated, because it’s all coming from one party,” Patricia Brigham, president of the League of Women Voters of Florida, which is one of multiple plaintiffs in a federal suit that has already been filed against SB 90.

Brigham noted that Trump beat now-President Joseph R. Biden Jr. in last year’s presidential election in Florida — by a margin of 51.2 to 47.9 percent — under existing laws, with results declared early and without any claims of irregularities.

That, she said, renders the bill “completely unnecessary.”

“DeSantis says the 2020 election was the safest and most secure to date. Why change a winning game? It makes no sense,” she said. “It’s an attempt to disenfranchise minority, disabled, and elderly voters who rely on early voting and vote-by-mail.”

The sentiment is reflected by other plaintiffs in the case, which names Florida’s Secretary of State, Laurel M. Lee, and all 67 county election supervisors as defendants.

“SB 90 is a bill that purports to solve problems that do not exist, caters to a dangerous lie about the 2020 election that threatens our most basic democratic values, and, in the end, makes it harder to vote without adequate justification for doing so,” reads a filing against SB 90 from the advocacy group Black Voters Matter.

A spokesman for the group, Jamil Davis, said it was clear the new voting rules would “disproportionately impact black and brown voters” and that they were being driven by Republican fears about “record high voter engagement of this past election.”

“These bills only exist because [the ‘big lie’ about the 2020 presidential election] continues to be perpetuated by the ex-president and his supporters after the election didn’t go their way,” Davis said. “Clearly these are just measures to restrict marginalized groups who had their voices heard in this election.”

Like Davis, many opponents of the changes have zeroed-in on the changes introduced by Republicans in the wake of Trump’s loss last year to argue they evoke memories of “Jim Crow” law after the Civil War, which prevented black people voting in former Confederate states by mandating arcane requirements to register and vote.

The claims have been made by Biden, among other prominent Democrats, as well as by some large corporations in Georgia, which prominently drew rebuke from the Republican Party for coming out against Gov. Brian Kemp’s voting laws this year.

“Although we think of Jim Crow as explicitly codifying racial bias in law, in fact, many of the voting exclusion of that era operated in similar ways to these exclusions, targeting African-Americans indirectly and relying institutional processes to enforce those exclusions.”

Neither the Florida secretary of state or the governor’s office responded to requests for comment about the suits against their bill, but both have vociferously defend the laws.

The DeSantis administration, like other GOP state governments, has rejected the notion that the voting law changes are unnecessary or aimed to lock out non-white voters. Instead, they say, the legal changes are needed to ensure states like Florida stay ahead of the curve on combating election fraud.

“We all lose when people have no confidence in the integrity of an election. That’s what we want to avoid. We don’t want to backslide,” DeSantis said in a press release announcing the introduction of SB 90. “Florida was a model for the nation in November, and that is something we can all take pride in.”

Florida is also not alone in following Georgia’s lead in passing controversial electoral law changes: Between January 1 and March 24, legislators in 47 states introduced a total of 361 bills with “restrictive provisions” on voting, according to figures from New York University’s Brennan Center for Justice.

In Arizona alone, where 80 percent of voters voted by mail last year, lawmakers have introduced 23 such bills this year, including limits on registration for mail-in ballots.

“Democrats call it voter suppression, we call it security,” said Arizona state Rep. John Kavanagh, who chairs the state House’s elections committee. “There’s a tradeoff between maximizing voter turnout and maintaining security, if you didn’t check anything you’d get a lot of people voting, but also a lot of fraud.”

Kavanagh said turnout should not be the only aim of an electoral system. If people are concerned about legitimacy of election outcomes, he explained, that was an issue lawmakers need to address, whether or not every single complaint makes sense.

“We had calls from people all over the state, this last election was just the catalyst,” he said. “There are lots of conspiracy theories, but often [the] fears uncovered a legitimate shortcoming.”