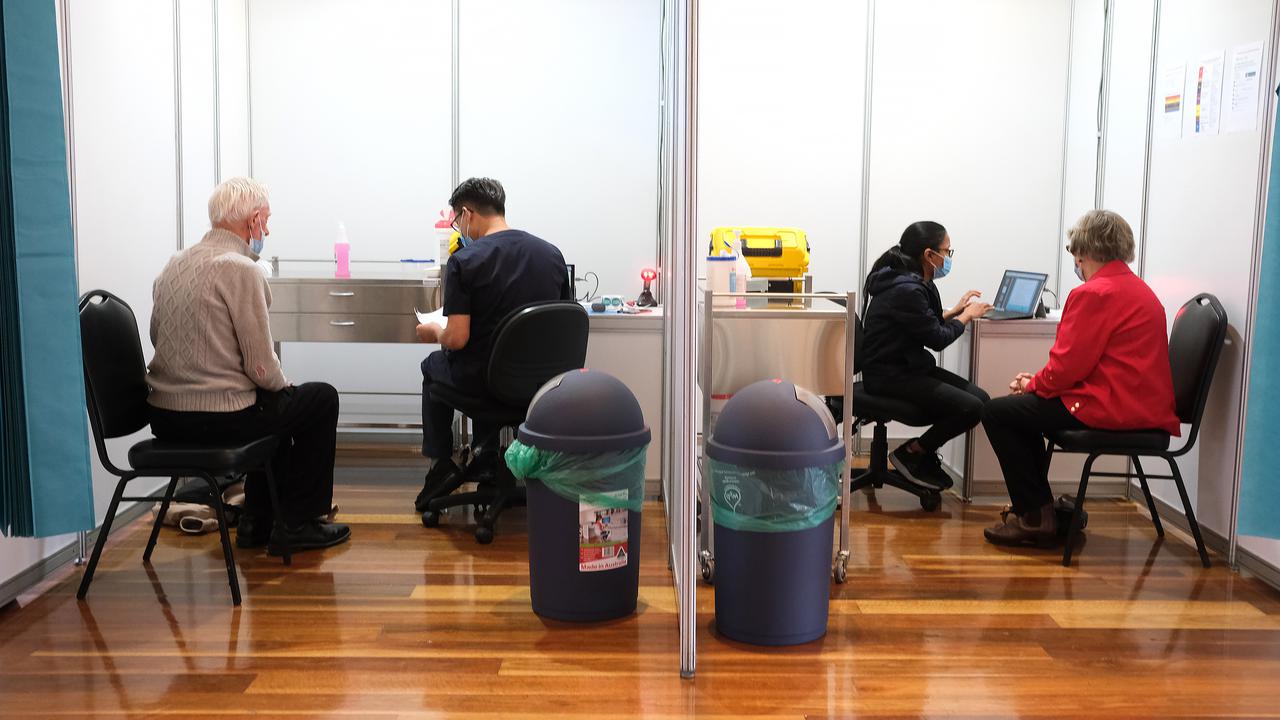 Federal ministers have been talking at odds over the timing of the coronavirus vaccine rollout. (Luis Ascui/AAP Image)

CANBERRA, Australia — The Morrison government faces pressure from the business community and doctors to lay out a plan for Australia’s reopening as Covid-19 cases dwindle, and the vaccine is rolled out.

Ministers have been talking at odds over the timing of the vaccine rollout, which is moving close to three million doses delivered so far.

And questions continue over the capacity of quarantine facilities to cope with extra demand from Australians seeking to return from overseas and, eventually, skilled workers, students, and tourists.

While Treasurer Josh Frydenberg claimed on May 11 that all Australians who wanted to be vaccinated should have received their second dose by the end of the year, his cabinet colleagues were less precise.

Prime Minister Scott Morrison spent May 12 repeatedly saying the Treasury’s assumptions were exactly that — assumptions and not a policy setting.

“The vaccination program as it set out in the budget papers just assumes that it’s likely that this will be in place by the end of the year,” Morrison said.

“It could be many months either side of that, and that will not have a material impact on what is in this budget.”

He claims that the budget made no specific reference to the target of two doses by the end of the year.

However, the prime minister conceded ‘the buck’ stops with him when it comes to the rollout’s success.

“Everything stops with me. I’m the prime minister at the end of the day.”

Health Minister Greg Hunt claimed in the parliament that the government’s goal was “to ensure that the whole population has the opportunity, through supply, to access a vaccine this year,” noting some in the final cohort in December may get their second jab early in the new year.

“We cannot have a first-rate economic recovery with a third-rate vaccine rollout – we need clarity from the government about how they are going to do it.”

Australian Medical Association president Omar Khorshid claims that getting the country ready for opening its borders was the “biggest challenge going forward.”

“It was made more difficult by the fact that the public hospital system was already bursting at the seams,” he said.

“It’s a no-brainer in our view, and it’s a view echoed by a number of state governments that now is the time to be investing in those (quarantine) facilities, so they’re ready for the future,” he said.

The budget announced on May 11 included funding for the Northern Territory’s Howard Springs facility, which is being expanded to 2000 beds, but did not allocate money for any proposed state-based facilities.

Business Council chief Jennifer Westacott said a reopening plan was needed, setting out how to safely return Australians, bring in international students and restart the flow of skilled workers.

“We’ve got to lay out that plan, and people have got to be able to predict what’s going on,” she said.

She gave the example of Qantas and Virgin, which run flight schedules six months in advance.

In response, Qantas announced on May 12 that it had delayed its planned resumption of international flights until late December.

The airline was due to restart services at the end of October.