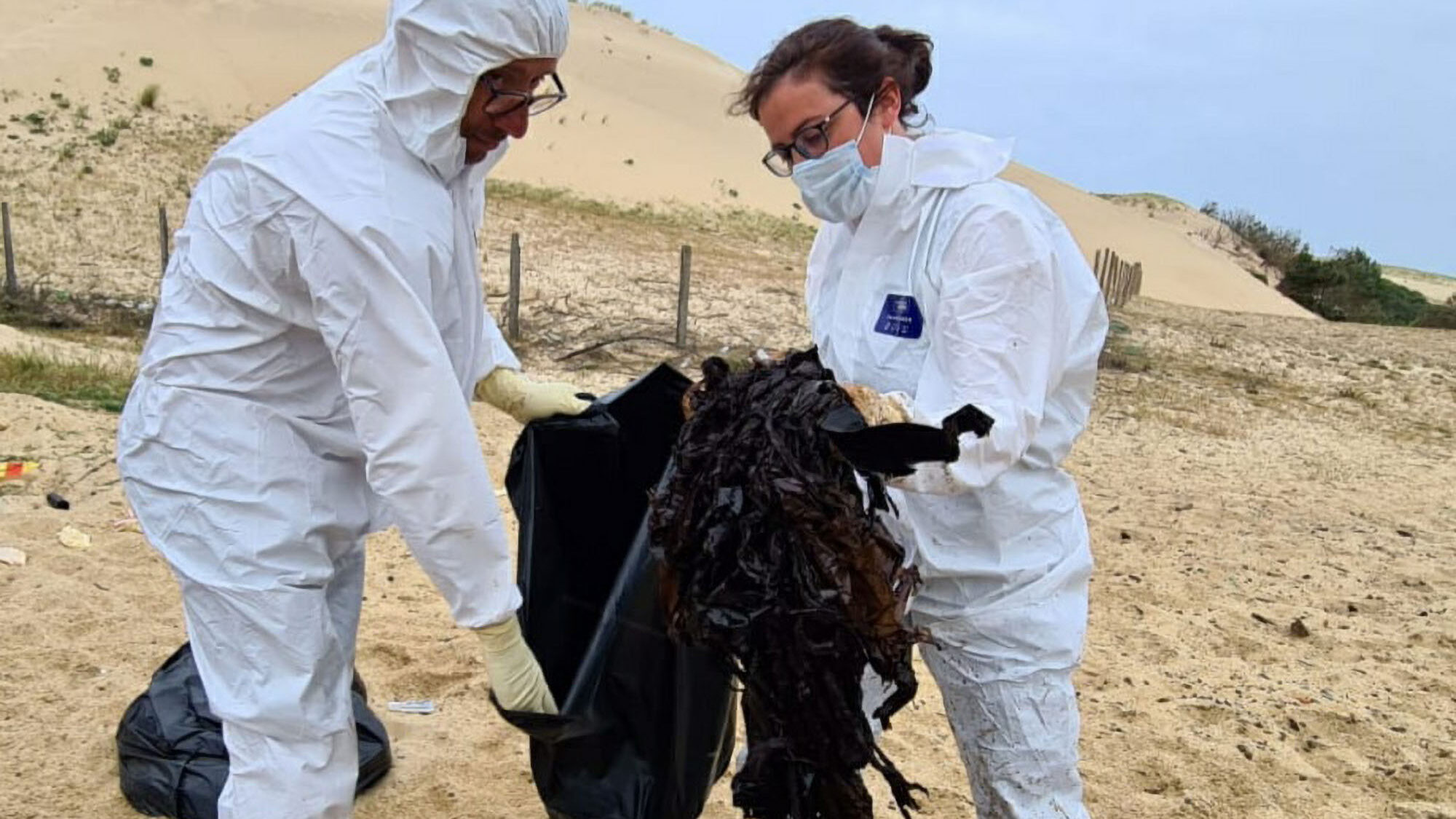 Conservationists have discovered 35 pounds of plastic waste, including shopping bags and potato chip packets, lodged in the stomach of a beached whale.

The whale’s corpse washed up on a beach in the French Atlantic coastal commune of Messanges on May 8.

Volunteers from nonprofit Itsas Arima performed an autopsy on the 16-foot marine mammal. It died after ingesting the pounds of plastic, which included cigarette filter packets.

“The animal was sick from a serious parasitic infection and was therefore unable to dive deep enough to find her usual food,” a volunteer from Itsas Arima said. “That’s why she probably stayed at the sea surface and found only plastics to eat. The combination of these two things provoked an early death.”

The whale was identified as a Cuvier’s beaked whale (Ziphius cavirostris), which is known for having the deepest and longest recorded dives among whales — at 9,724 feet and 222 minutes. The species is one of the most frequently spotted beached whales, according to the U.S. National Oceanic and Atmospheric Administration.

Itsas Arima posted on Facebook that it is “high time to value our waste as much as possible so it no longer ends up in nature. If we don’t do it for ourselves, let’s do it for our oceans and their inhabitants.”