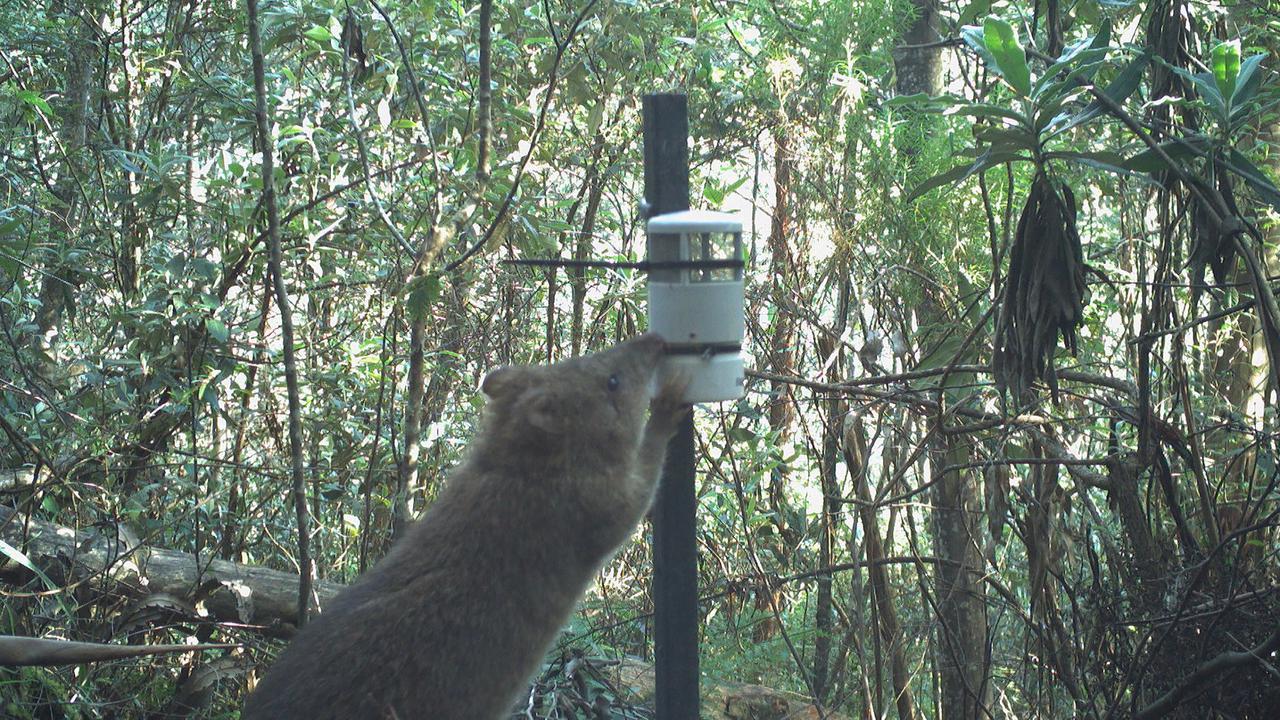 Potoroos were attracted with a mixture of peanut butter, golden syrup, oats and truffle oil. (Supplied by the Department of Environment, Land, Water & Planning/AAP Image)

MELBOURNE, Australia — A threatened Victorian marsupial is rising from the ashes of Australia’s Black Summer bushfires.

Environmentalists feared the endangered long-footed potoroo population may not recover after 70 percent of its Victorian habitat was burned over the devastating 2019/20 fire season.

Also known as ‘rat kangaroos’, Long-footed potoroos the International Union for Conservation of Nature (IUCN) considers it a rare and endangered species. 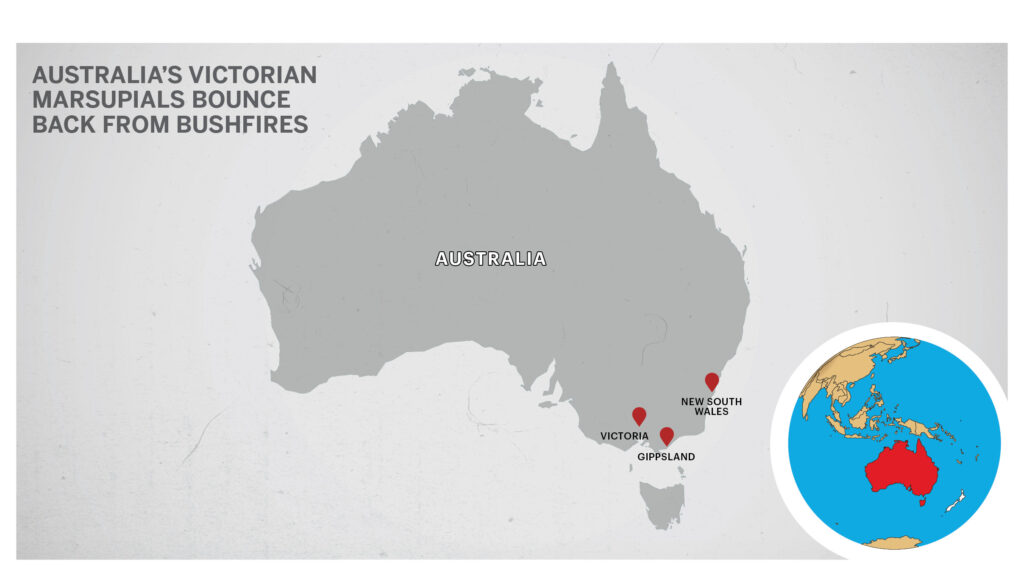 Their population in the northeastern part of Victoria was discovered only in 1995.

To gauge the species’ post-bushfire strength, motion-sensing cameras were set up at 120 spots across the Barry Mountains.

Elizabeth Wemyss from the Department of Environment, Land, Water and Planning (DELWP) said the footage showed the species was still in the landscape.

“The sightings were encouraging signs that long-footed potoroos are survivors and recovering well after the fires,” the Department of Environment, Land, Water and Planning (DELWP) Hume programs officer said on May 12.

“The data will now be used to help us better understand the impacts of fire on long-footed potoroos so we can take important steps to ensure their survival into the future.”

Bait stations filled with a mixture of peanut butter, golden syrup, oats, and truffle oil were used to lure the marsupials close enough for heat-sensing cameras to capture the rare footage.

Other shy native species including the long-nosed bandicoot, multiple antechinus species, and 26 types of bird were also caught on camera.

Bushfires are just one reason behind the decline of long-footed potoroo populations, with introduced predators such as foxes and feral cats, as well as climate change, also taking a toll.

Also termed as ‘Black Summer’, the Victorian Marsupials were not the only endangered species to be affected by the bushfires. A study conducted by The World Wide Fund for Nature (WWF) estimated that more than 60,000 koalas were displaced, injured, or killed too.

It also highlighted that nearly 3 billion native animals would have been harmed by the bushfires.