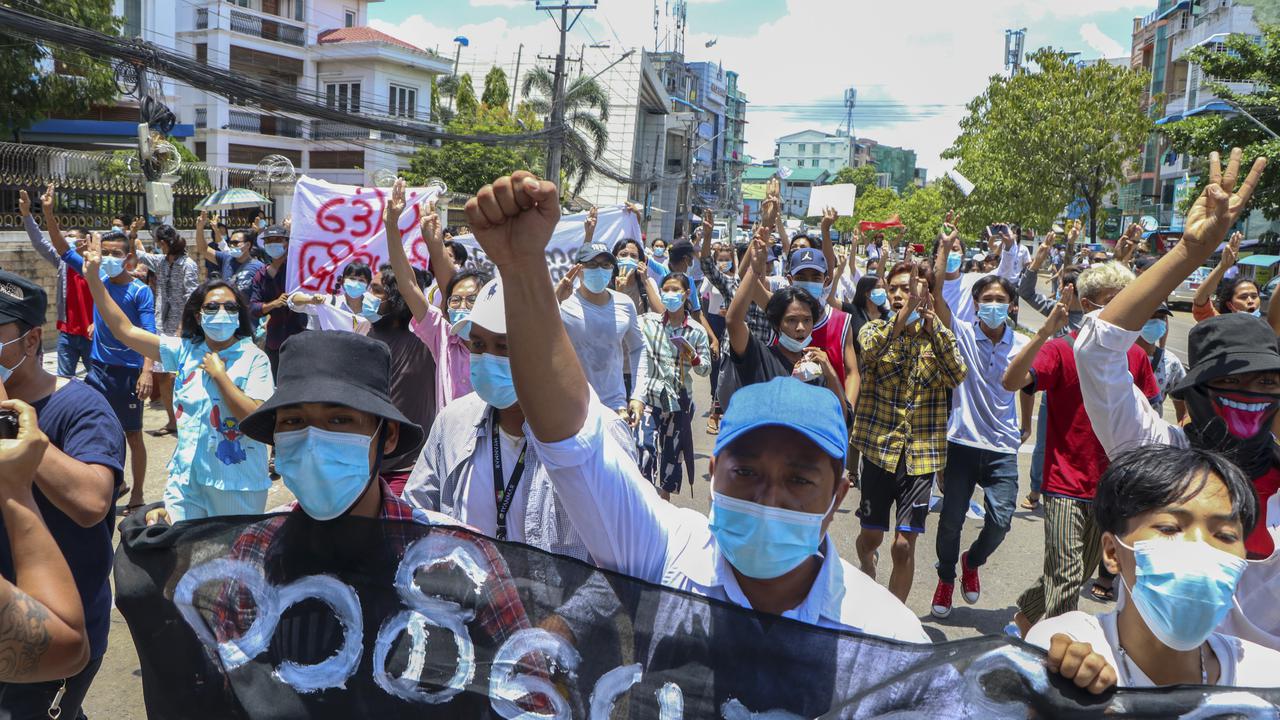 “His safety and the safety of all Australians in Myanmar is our highest priority,” Foreign Affairs senior official Lynda Worthaisong told a parliamentary committee on May 13.

She said the embassy in Yangon was spending a lot of time working on his case.

More than 100 days have passed since the Myanmar coup, and officials have told the parliament’s foreign affairs, defense and trade committee the situation remains grim.

More than 800 people have died on the streets so far, including more than 50 children.

“Australia has strongly and repeatedly condemned the lethal use of force and violence against civilians, and we have called on security forces to exercise restraint.”

Senator Payne has also been at the forefront of international efforts to encourage the Association of Southeast Asian Nations to resolve the crisis.

“We’re also very concerned that the country is ill-equipped to respond to health challenges, including Covid,” Worthaisong said.

The humanitarian crises in Myanmar and Bangladesh remain the largest and most complex in the region.

Worthaisong said Australia must not diminish its efforts in support of the Rohingya people.

Home Affairs announced last week that more than 3400 Myanmar nationals in Australia on temporary visas, including students, could remain until it was safe to return.

“The department will support students in their stay in Australia,” Home Affairs official Michael Willard told the committee in a statement.

But he couldn’t guarantee no one would be forced to leave on character or conduct grounds.

David Wilden from Home Affairs said “some names” have come to the attention of federal police, including relatives of members of the junta.

Labor’s Julian Hill questioned why no investigations were underway up to 15 individuals, including the son of Myanmar attorney-general Thida Oo, who he said was in Australia on a student visa.

Committee chair Dave Sharma noted sons of Libyan dictator Colonel Muammar Gaddafi were in Australia a decade or two ago, and there is ministerial discretion.

While Australian companies such as Woodside are scaling back activity in Myanmar, Russian and Chinese companies remain.

Australia is also very concerned Myanmar is ill-equipped to respond to health challenges, including Covid-19.