Manila Mango: From The Philippines To Mexico

There are many mango varieties, but Manila is the most popular in Mexico. 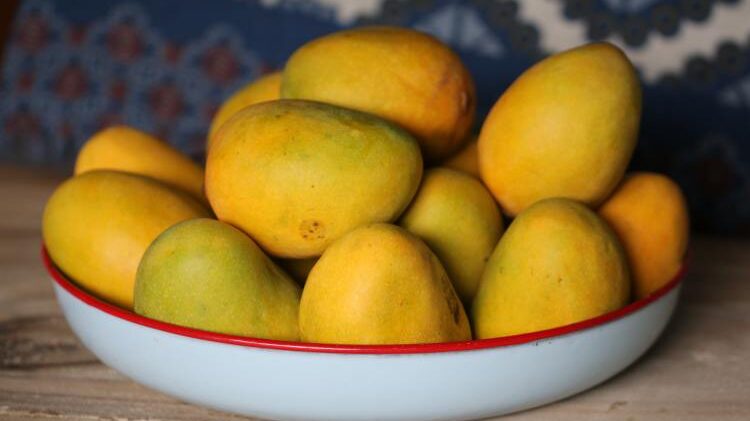 Mexico is one of the main exporters of Manila mango. (Hotchicksing/Unsplash)

The Manila mango is a tropical fruit with many culinary uses in Mexico, even though the fruit is native to the Philippines.

“My clients come and ask me for either of the two mango varieties that we sell, the Manila and the Tommy Atkins, due to the characteristic flavor of each one,” said Elizabeth López Ferman, a manager of a greengrocer in Boca del Rio, Veracruz. “Either one of them is very sweet. I sell each kilogram at 15 pesos [$0.75], so it is extremely available to anyone.”

The Mexican state of Veracruz is one of the largest producers of mango due to its humid and tropical climate, which favors the fruit’s growth, especially near bodies of water. The fruit is so popular that people anticipate its season.

“I always look forward to mango season. It is a very juicy, delicious, and nutritious fruit,” said Isela Rivera Almanza, owner of a mango plantation in the city of Medellín, Veracruz.

The mango harvest begins in April in the southeastern parts of the country and continues until August.

“The best months to find mangoes are May and June, since, despite the long harvest season of the fruit, during these months, mangoes are at their best maturity,” said Rivera Almanza.

The introduction of the fruit to Mexico was due to Philippine merchant sailors, who arrived in Guerrero in the 18th century. Now, however, Veracruz has the most significant crop yield in the country, with plantations in the municipalities of Medellín, Chacaltianguis, and Alvarado. Mexico exports mangoes to countries such as Japan, the United States, Australia, South Korea, and Australia.

The vitamin content of mangoes are significant, making them highly beneficial as an anti-cancer fruit.

Mexico has managed to adapt the fruit to its cuisine, both in its drinks and in dishes. One such example, coconut and mango battered shrimp, is famous along the Gulf coast.

Mexican salsas can also have mango as one of their ingredients. One of the variants of Pico de Gallo is made with habanero pepper and lemon to accompany steaks.

During mango season, anyone can buy the fruit almost everywhere, from department stores to street vendors.

“Mangoes are readily available everywhere. There are several ways to eat it: in mango jelly, ice cream, in desserts, with chili and lemon, etc. It is a very nutritious fruit, in addition to helping out digestion,” said Rivera Almanza.

Sellers recognize its popularity during summer.

“It is the most sold fruit during May and June. It is a moneymaker,” said López Ferman.

«Previous Post
Action Man And Wife: The Artist Behind Barbie’s Wedding »Next Post
Tepache: From The Mayans To The World