Kim Kowdashian! Meet The Rescued Cow Who Got A Reality Star’s Name 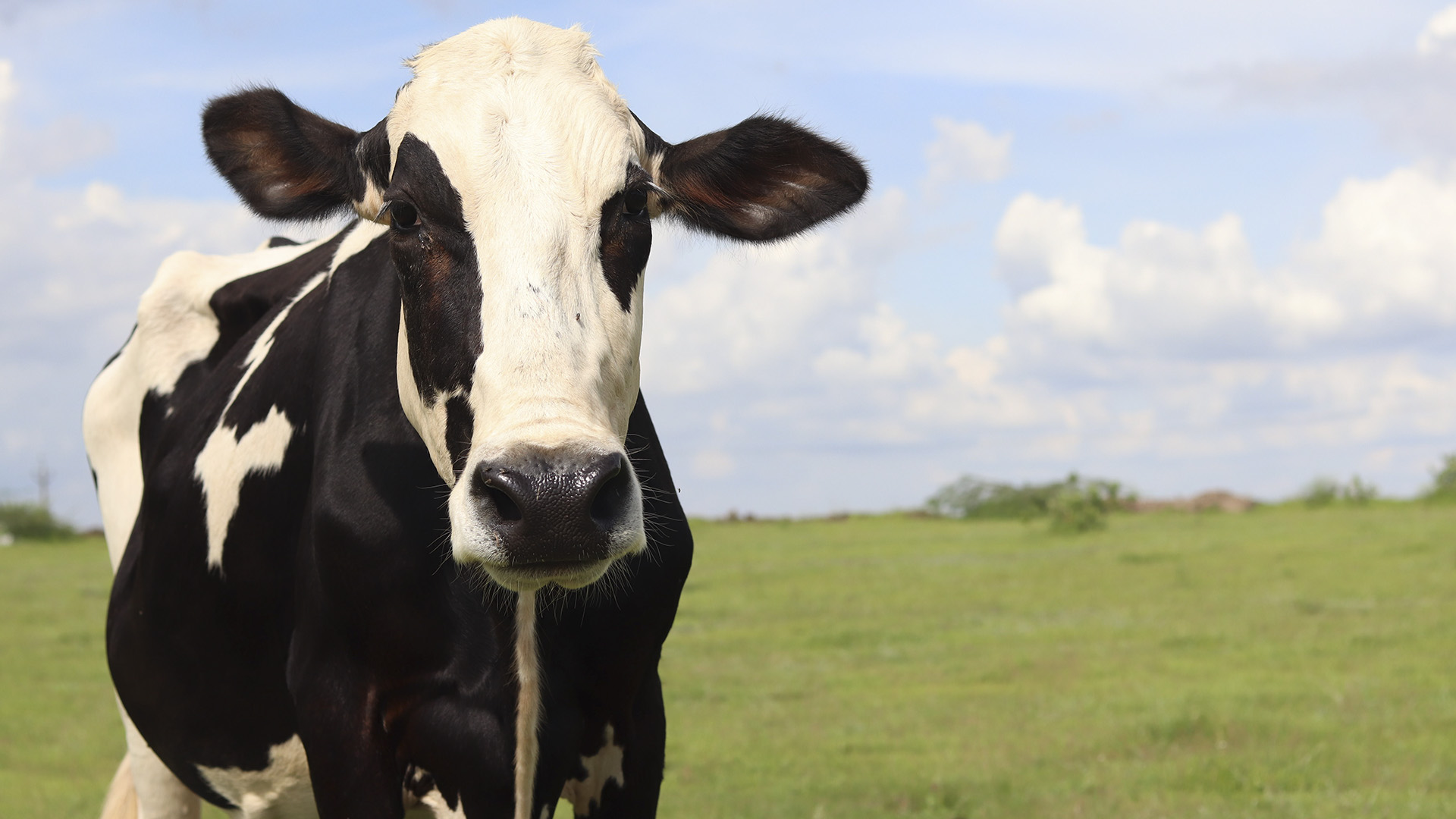 Meet the rescued cow who got a reality star's name. (PETA India)

The ode to the “Keeping Up With The Kardashians” star is to do with her turning vegan, animal rights organization People for Ethical Treatment of Animals (PETA) India told Zenger News.

The organization rescued the cow, originally named Rani, back in 2019.

Rani was being beaten, dragged, and pulled by her owner on a busy street in India’s financial capital Mumbai when onlookers complained to PETA officials. The onlookers said the owner was using her for begging in the middle of a busy street.

The ailing cow — then lactating and separated from her calf — was rescued with the help of police officers.

She was admitted to a veterinary facility, and then PETA moved a legal application to seek interim custody. Once PETA secured the custody, Rani was housed in a sanctuary in Sangli, around 375 kilometers [233 miles] from Mumbai, Maharashtra.

“She has now regained her health and gorges on nourishing food,” Sachin Bangera, director of celebrity and public relations, PETA India, told Zenger News. “She likes chewing on green grass, sorghum, groundnut cakes, and even fodder.”

“She likes to relax in the shade out of the limelight. But in the ways that count, she’s like human Kim. She loves spending time with friends.”

Ahead of International Mother’s Day on May 9 this year, Rani was rechristened as Kim Kowdashian.

“We named her after Kardashian to thank the mother of four for showing compassion to all mothers by promoting a dairy-free diet to her more than 200 million (Instagram) followers,” Bangera said.

PETA said Kardashian has “the potential to help save animals’ lives by inspiring her legion of dedicated fans to follow her lead and keep animal-derived foods off their plates”.

It’s quite a turnaround for the organization and Kardashian’s bond.

In 2011, PETA US had hit out at the fashionista’s fur-wearing habit. In 2017, Pamela Anderson, on behalf of PETA, asked Kardashian to ditch fur.

Two years later, Kardashian posted on Instagram: “I took all of my fave furs and remade them in faux fur.”

It won hearts at PETA, which commented: “Love it. Thank you for making compassionate changes that save animals and showing the world that #FurFree styles are the future!”

Kardashian also started excluding meat from her diet a few years ago.

She is just one of the many in showbiz trying to push the narrative of veganism or dairy-free diets to fans worldwide.

“But there is a growing sense of responsibility towards sustainability among consumers who are willing to replace dairy/meat/egg with available alternatives,” Sengupta said.

On Mother’s Day, Maneka Gandhi-led People for Animals (PFA) India shared a video and put up an Instagram post: “This #MothersDay rethink your consumption of dairy products. Dairies separate calves from their mothers! #NotYourMotherNotYourMilk”.

“The fact that it is unnatural for humans to consume other animals’ milk is inconvenient for people to recognize,” PFA Trustee Gauri Maulekhi, who plays a key part in the animal welfare movement in India, told Zenger News.

“We are doing our bit to raise awareness about the institutionalized and systematic oppression and domination over millions of mothers whose milk is not for us.”

In India, the largest milk-producing nation globally, the cattle (cow) population was 145.12 million in 2019. It increased by 18.0 percent from 2012, India’s 20th Livestock Census states.

Several are stray cattle — those that often turn out to be staples of India-set scenes or scripts in Hollywood films.

“Stray cattle are usually those animals that are abandoned by the dairy industry,” Bangera said. “They are those that farmers refuse to feed properly or those that can’t produce the desired quantity of milk.”

Bulls are considered ‘waste’ by the industry as they cannot produce milk.

PETA is one of the animal welfare organizations in India, drawing people’s attention towards how cows and buffaloes in the dairy industry are artificially impregnated through a painful process and typically separated from newborn calves.

“Cows are intelligent animals who mourn the deaths of and even separation from those they love, sometimes shedding tears over their loss,” Naresh Upreti, chief operating officer at Animal Rahat, told Zenger News.

The Maharashtra-based animal protection organization rescued over 35 cows from precarious situations in the past year.

“I’ve come across countless reports of mother cows who continue frantic searches after being separated from their calves,” Upreti said.

While Kim never got back with her calf and didn’t have any more babies, she has made two new friends — a bullock named Sonya and a fellow cow named Meena — at her new home. And now, she has become quite a star herself.