Climate justice organizations are saying the budget ignored calls for a green recovery to lead the world out of climate crisis. 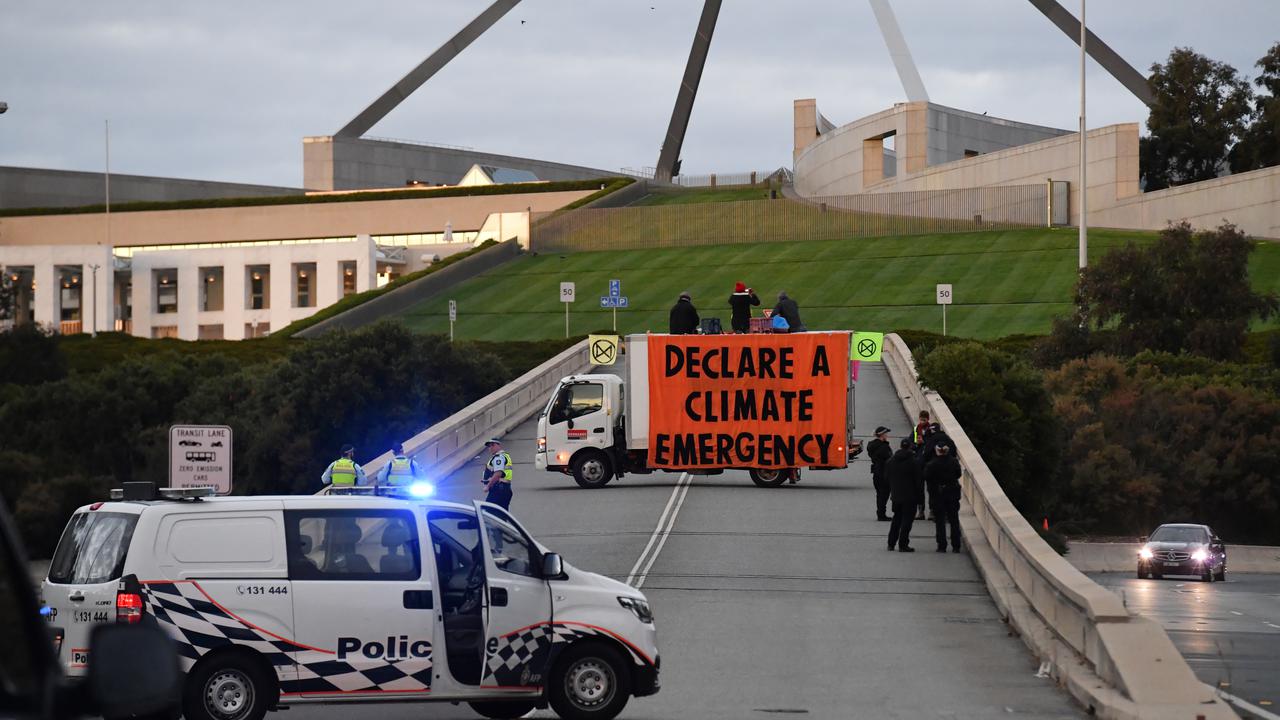 BRISBANE, Australia — Climate action is back on the streets in response to the budget’s fuel for a “gas-fired recovery.”

The Australian Youth Climate Coalition joined crossbench politicians on the lawns in front of Parliament House on May 12, while Extinction Rebellion looked to push through their message with protest trucks.

“The rest of the world is looking at how to use stimulus through green recovery, and this government’s wasted that opportunity,” said Sarah Hanson-Young, Greens Senator at the post-budget event. “The environment is the big loser.”

“Why is the Morrison government giving money hand over fist to fossil fuel corporations when so many families are doing it tough?” he asked.

Independent Member of Parliament Zali Steggall said there should have been bonuses for resilience and climate adaptation in homes, as well as support for people tackling coastal erosion.

“By investing in their short-term political survival, and nothing else, they should be held to account,” said Steggall.

“In this place, we are making decisions that impact on your life, your future, your livelihood.”

The federal budget locked in AU$1 billion ($780 million) for measures to lower emissions and AU$58.6 million ($46 million) to support an expansion of the gas industry.

Frydenberg said in his budget speech Australia was “playing its part on climate change” and was on a path to net-zero emissions.

“Our goal is to get there as soon as we possibly can, preferably by 2050.”

As per a statement by the Australian Minister for Energy and Emissions Reduction, the Morrison Government is ensuring Australian gas is working for all Australians by unlocking supply through critical infrastructure so households and job-creating industries can access the gas they need at a competitive price.

“This will be done through the three key areas of unlocking supply, delivering an efficient pipeline and transportation market, and empowering gas customers,” the statement read. “Affordable and plentiful gas will play a central role in strengthening the economy and Australian industry as the Morrison Government secures Australia’s recovery from Covid-19.”

Minister for Energy and Emissions Reduction Angus Taylor said additional gas supply must be supplied to consumers at the right price, with infrastructure being key to delivery.