Farmers are calling for a government support package to help them afford the lethal bait needed to end a mice plague.
By Tiffanie Turnbull May 12, 2021
Facebook
Twitter
Linkedin
Email 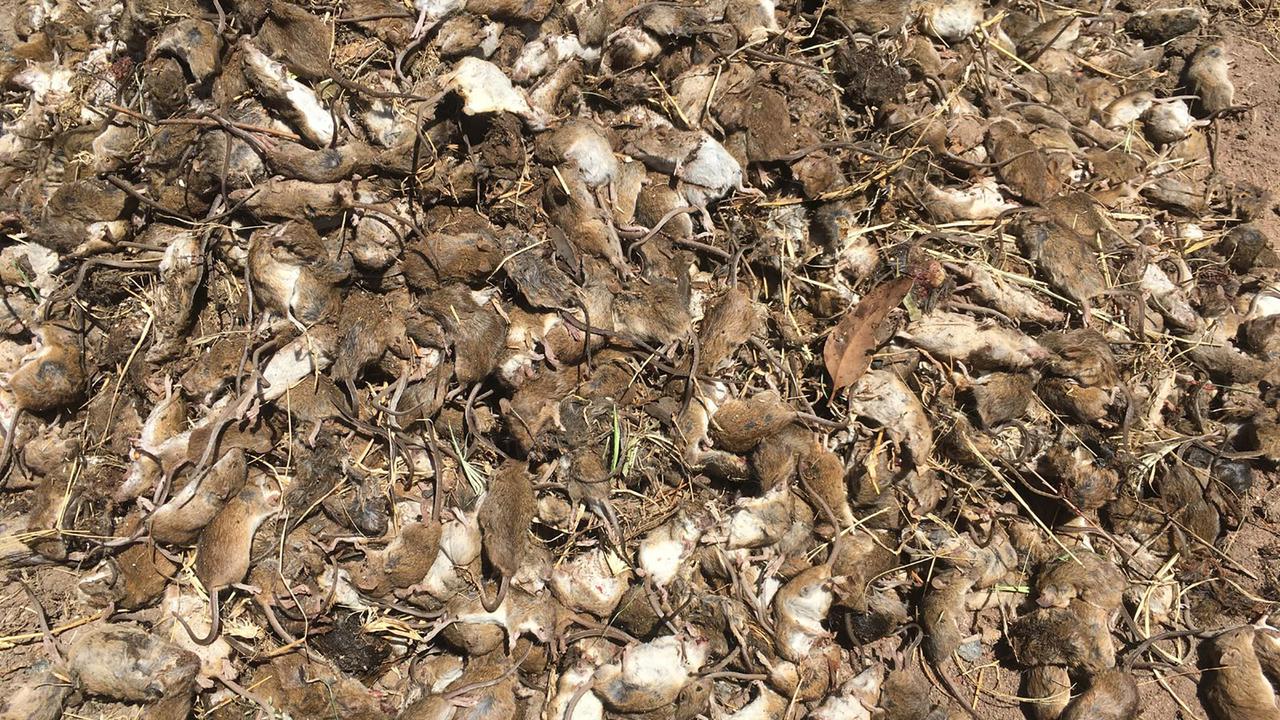 In most of the afflicted Australian towns, the mice continue to wreak havoc. (AAP Image)

SYDNEY — The end to a horror mouse plague that has tormented communities in Australia’s New South Wales is finally in sight thanks to doubly toxic bait, but farmers say they now can’t afford to finish the rodents off.

Mice have been running rampant through large tracts of inland New South Wales and parts of southern Queensland, destroying crops and causing significant damage to tonnes of stored hay and grain.

Torrential rain and cooler temperatures were hoped to put a significant dampener on their numbers ahead of the sowing of the winter crop, however, both have had little impact in only a few areas.

In most of the afflicted towns, the mice — which are able to breed from six weeks old and churn out a litter every 21 days — continue to wreak havoc. 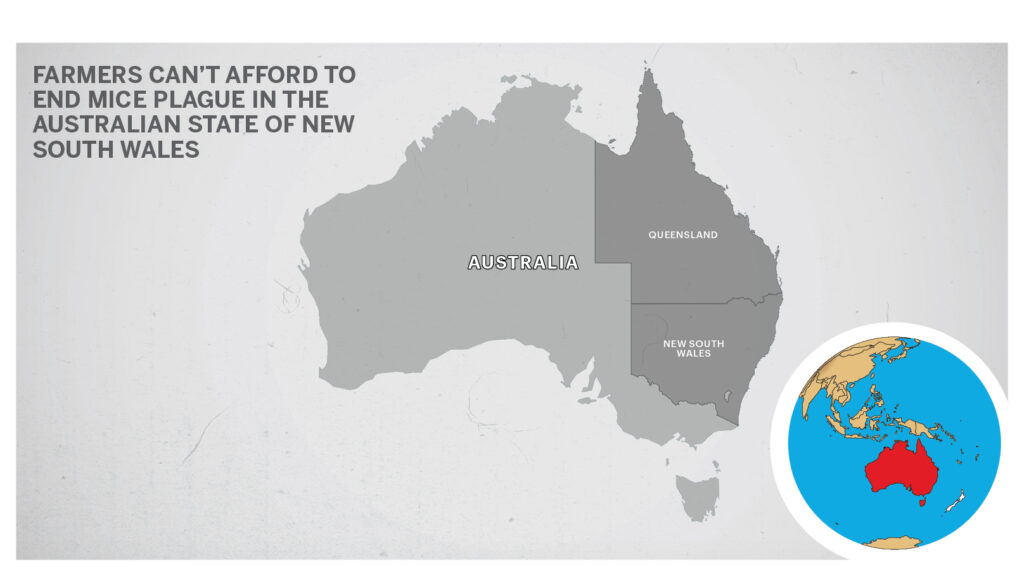 But thanks to research by Australia’s national science agency, an emergency permit allowing bait producers to double the toxicity of their product has been granted.

The bait will still be applied at the same rate but will have twice as much of the deadly zinc phosphide on each grain.

The Commonwealth Scientific and Industrial Research Organisation researcher Steve Henry says because mice rapidly develop an aversion to the bait, it’s critical every grain is a lethal dose.

“One of my colleagues calls it the dodgy curry effect &mldr; if you go out, you have some food, you come home and feel sick, you’re not going back to that restaurant again for quite some time,” Henry said.

The efficiency of the higher dosed bait has only been tested in a lab so far, but it is hoped the development could drastically reduce the pests within weeks.

The higher dosed bait should be on the market soon and will only cost farmers about one Australian dollar more per kilogram.

But New South Wales Farmers says many growers can’t get their hands on any bait.

The product is already in short supply, with demand causing prices to skyrocket, and farmers’ coffers are nearing empty.

The organization has joined forces with the Country Women’s Association to call for a mouse plague financial support package to provide up to AU$25,000 ($19,510) per farm to help with baiting costs.

A survey of 1100 farmers across the state found 94 percent have had to bait for mice already.

Some growers had to give up on their entire summer crop, and about 40 percent were sowing less in winter.

The health and psychological cost are immense too.

“The smell is horrific. You can pick up all the mice you see, but there is always more,” she said.

The mice have even made their way into rural hospitals, biting patients, and the local health district has reported an increase in mouse-related disease.

The New South Wales Farmers survey found 34 percent of respondents had suffered direct health impacts as a result of the outbreak, and 85 percent were having trouble sleeping.

“All of these financial and health impacts follow unprecedented drought, catastrophic bushfire, and most recently floods across large regions.

“It is time for the state government to act.”