They were hatched in a marine incubator as part of a concerted conservation effort.
By Ana Lacasa May 11, 2021
Facebook
Twitter
Linkedin
Email 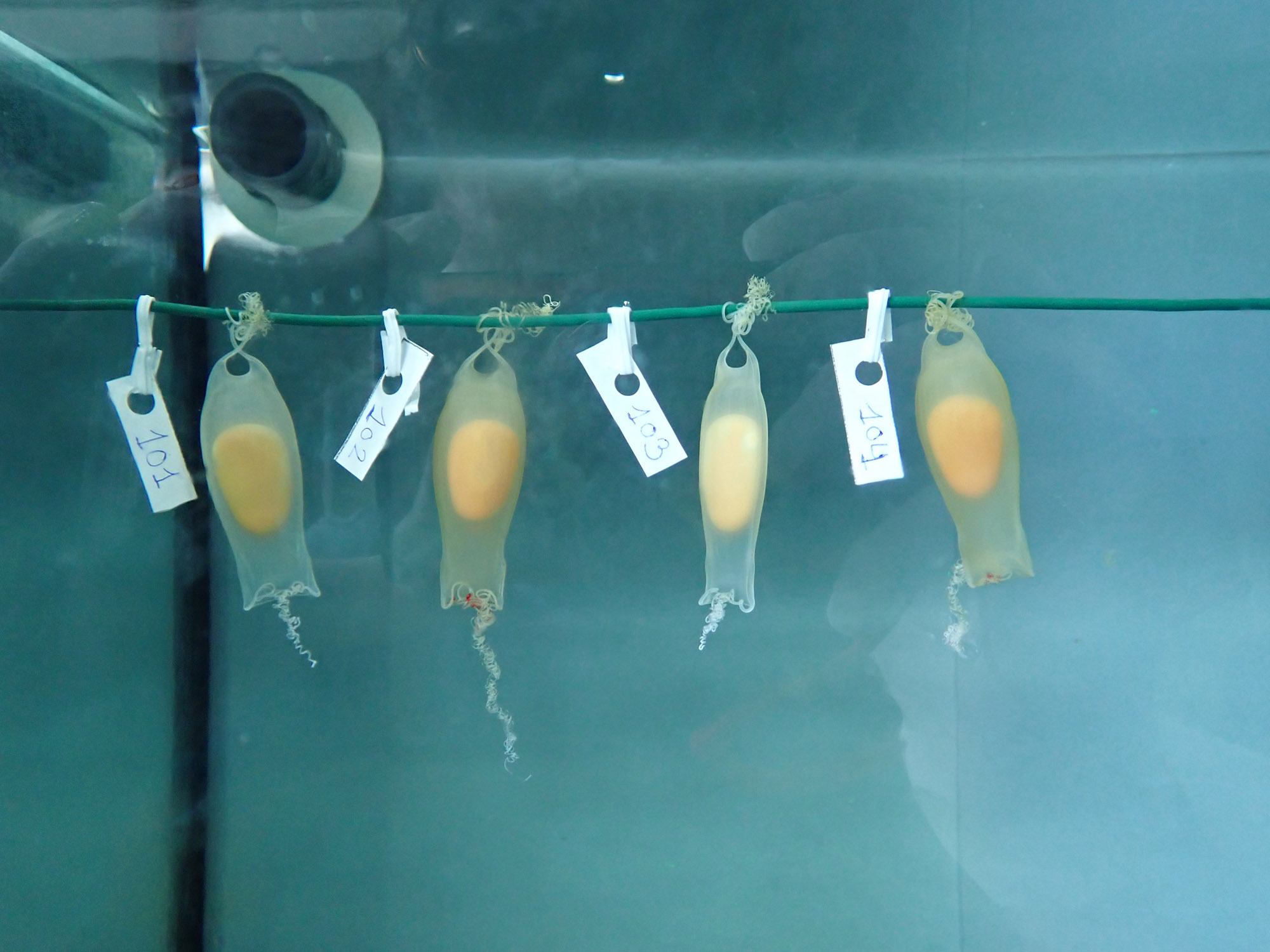 Shark eggs during incubation in the lab, in the Balearic Islands, Spain, 2021. (Asociacion Cayume/Real Press)

BALEARIC ISLANDS, Spain — Nine small-spotted cat sharks have been born after their eggs were rescued from a fish market in Majorca, when the fishmongers realized some catch were pregnant.

The egg cases were rescued from female cat sharks sent to a market in Palma de Majorca in the Spanish Balearic Islands.

While fishmongers were cleaning the cat sharks, they discovered the egg cases and contacted a conservation group called Cayume, which is running a project called Eggcase 2020.

Nine eggs from small-spotted cat sharks (Scyliorhinus canicula) have been born so far — five in April and the other four in early May.

Others are expected to be born soon in the incubation facilities at the agricultural department of the Balearic Islands’ government.

“The water temperature needs to be between 17 and 18 degrees [63–64 F], so the embryos develop properly. Bear in mind these animals spawn in deep waters where the sea temperature is stable,” she said.

“Once they hatch, generally at night, we put the offspring in another aquarium until we are sure they are feeding properly.” The cat sharks are fed mussels, anchovy and squids greased with cod oil.

Once feeding clicks, they will be released into their natural habitat.

The rescue of the cat sharks is part of the Eggcase 2020 project, which she said is designed to prevent the loss of eggs, giving them a second chance to prosper in the sea and become adults.

As of last November, the Eggcase project had recovered 120 eggs, 90 from rays and 30 from sharks. Eight rays from different species have been born, thanks to the effort. Six were released into the sea.

Just half of all sharks, rays and rabbit fish in the Mediterranean are endangered, according to the International Union for Conservation of Nature’s Red List. Twenty species of sharks and rays are critically endangered and 18 species are threatened. The Balearic Islands are not an exception, the IUCN reports.

The association is expecting more rays to be born at their facilities soon, as the sharks’ breeding season is about to start.

Small spotted cat sharks, also known as lesser spotted dogfish and fished for hundreds of years, are often used in stews and casseroles.

«Previous Post
VIDEO: And Just Who Are You Parroting? »Next Post
More Ocean Areas Protected Off Australia In Federal Budget