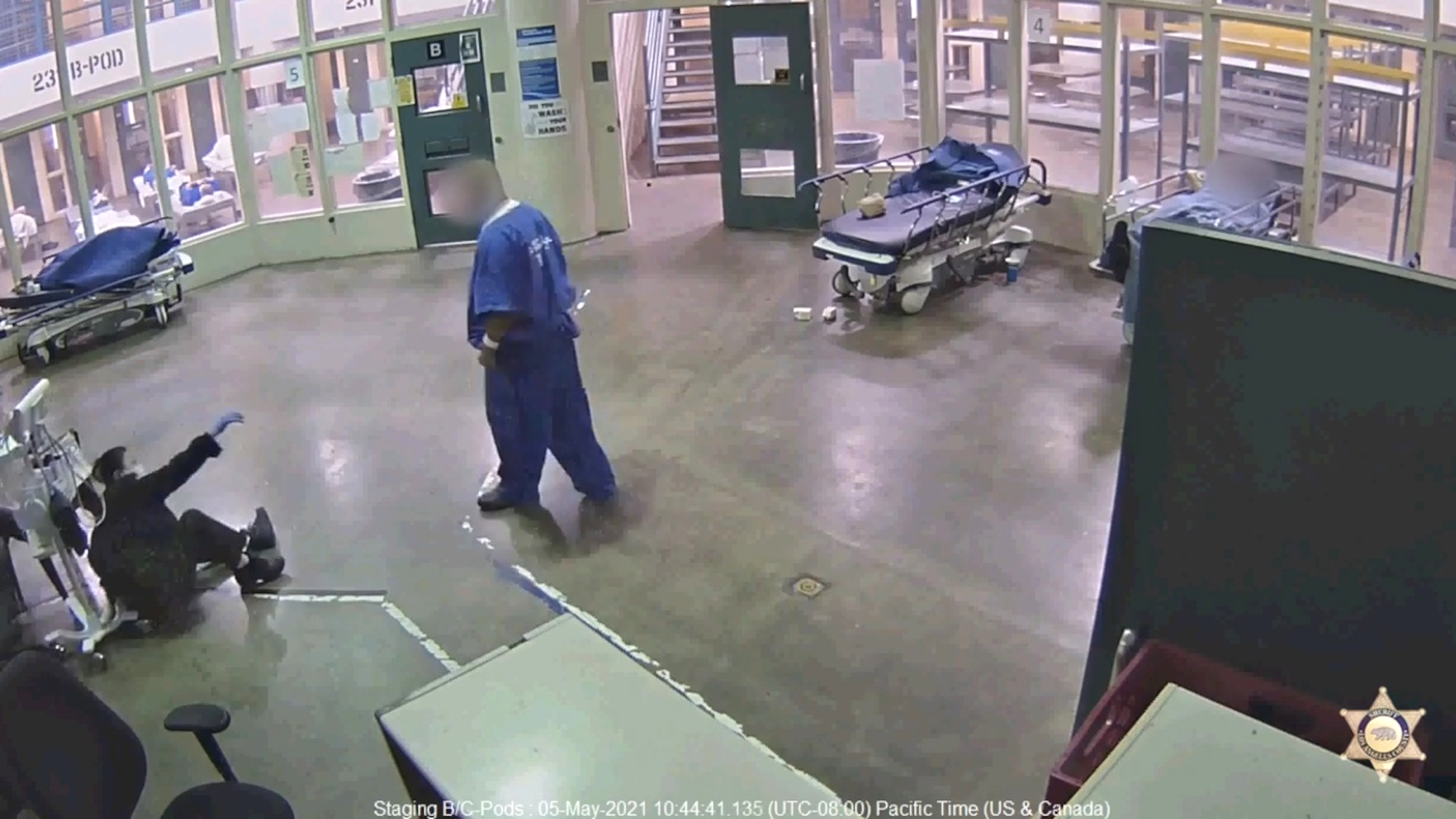 An inmate at the Inmate Reception Center brutally punched a custody assistant in Los Angeles, California, on May 5, 2021. (@LosAngelesCountySheriffsDepartment/Real Press)

Surveillance video shows an inmate punching a Los Angeles Sheriff’s custody assistant, an Asian woman, when she hands him toilet paper at the Inmate Reception Center in Los Angeles, California, on May 5.

The Los Angeles County Sheriff’s Department said that the inmate, identified as Arnulfo Meza, was moved to a high-security area. Assault and hate-crime charges are pending.

The detainee punches her three times in the face, knocking her to the floor, where she crashed her back into a medical equipment stand. Meza hits her again before stepping away and sitting on a gurney.

Meza’s left hand was unsecured from his waist chain, so he could use the restroom, the sheriff’ department said.

The woman used her radio to call for aid. Authorities restrained Meza, who offered no resistance.

The woman was taken to a hospital with injuries to her head and face. She is reported to be in stable condition. The incident is believed to be related to a reported rise in anti-Asian violence across the United States.

Meza, was originally arrested on suspicion of committing a felony in El Monte, California, on May 3.