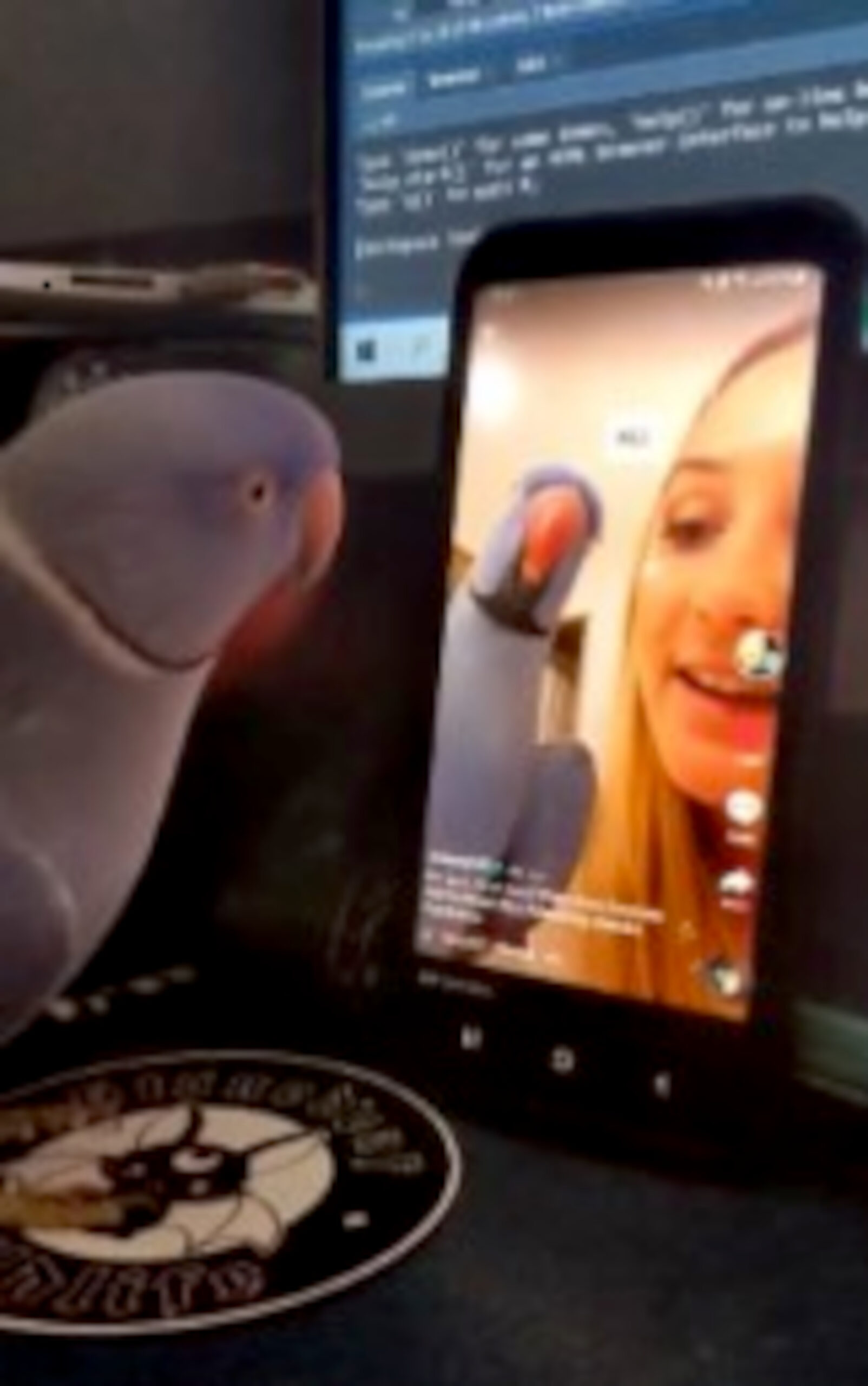 A parrot's reactions when looking at a tik tok Video in Townsville. Note: Photo is a screengrab from ( @zoologistmitch/Real Press)

Consider it a form of self-love.

A parrot reacts enthusiastically while watching a video of another parrot.

The parrot’s explosion of emotions was filmed in Townsville, Australia, and posted on TikTok on April 30.

Chris Mitchell, an animal-welfare advocate and Frank’s caretaker, said he is a rescue bird from an abusive home.

Frank is also an Indian Ringneck, a popular pet. They are smart, but bore quickly. They will resort to chewing and other destructive behavior if they feel neglected.

The species is widespread in many parts of Asia, notably India and Pakistan, as well as in Sudan and the Middle East.