The aquarium has put in place new sanitary measures in order to reopen to the public.
By Christian Valera Rebolledo May 11, 2021
Facebook
Twitter
Linkedin
Email 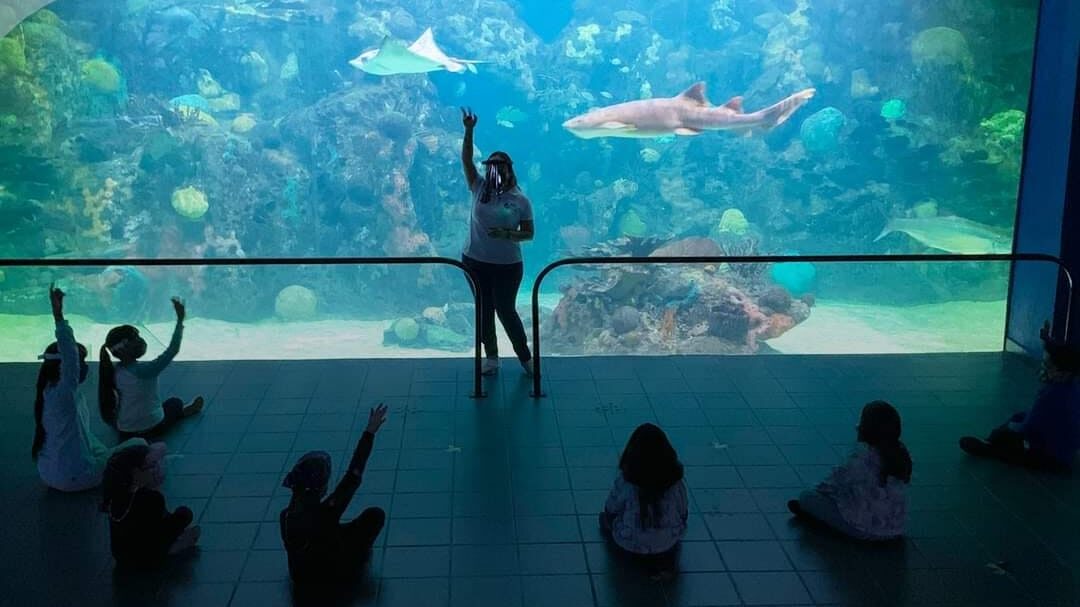 The Veracruz Aquarium has reopened with strict sanitary measures, such as social distancing and the use of face masks. (Courtesy of Acuario de Veracruz)

Whenever someone visits Veracruz, Mexico, it is almost mandatory to walk through the state’s aquarium, considered one of the best in the country, which houses the largest panoramic cylindrical tank in all of Latin America.

“The aquarium is the pride and joy for all Veracruz citizens because it is among the best aquariums in Latin America and the world,” said Rafael Gómez, a graduate in Communication from the Universidad Veracruzana.

After being closed for five months last year, the Veracruz Aquarium reopened in 2021 with sanitary regulations with which visitors must comply.

“As part of the health measure that we are implementing, we have several hand sanitizer stations across the aquarium, and staff and visitors are required to wear face masks,” said Pilar Álvarez, spokeswoman of the Aquarium’s Communication Department.

“In some exhibits, the staff will also be wearing gloves, depending on with which animals they are working. People can rest assured that we are implementing top-notch secure protocols for everyone,” she said.

To guarantee the safety of all who visit the aquarium, several measures will be taken, such as registering body temperatures, filling out medical questionnaires, and the mandatory use of face masks.

“As an organization, it is important to let the local community and visitors — both national and foreign — know that though the aquarium is open, it is under strict health measures, where we must endeavor to keep being a safe, secure space,” said Álvarez.

People consider Veracruz’s aquarium as one of the best in Latin America, with more than 3,500 different specimens corresponding to 250 species. It has all kinds of marine fauna, including fish, sharks, manatees, dolphins and even penguins.

“I recently visited the aquarium and was able to verify that the personnel and the visitors strictly follow all sanitary protocols. It allows visitors to visit it and enjoy learning about marine life,” said Gómez.

The enclosure is 80,729 square feet (7,500 square meters) and has been expanded several times since its inauguration in 1992. Since then, its mission has been to show visitors the area’s typical fauna. The aquarium is one of Veracruz’s most essential attractions.

“I understand that many people keep the COVID-19 pandemic on their minds, but I also think that, if they visit the aquarium using a face mask and following all sanitary regulations, they can enjoy a good time learning about the aquarium’s different species and, at the same time, let the worries accumulated over a year go away and, for a day at least, focus on something other than the crisis the world is facing at the time,” Gómez said.