The Supreme Court rules in a dispute between President Alberto Fernández and the opposition.
By Felipe Torres Gianvittorio May 11, 2021
Facebook
Twitter
Linkedin
Email 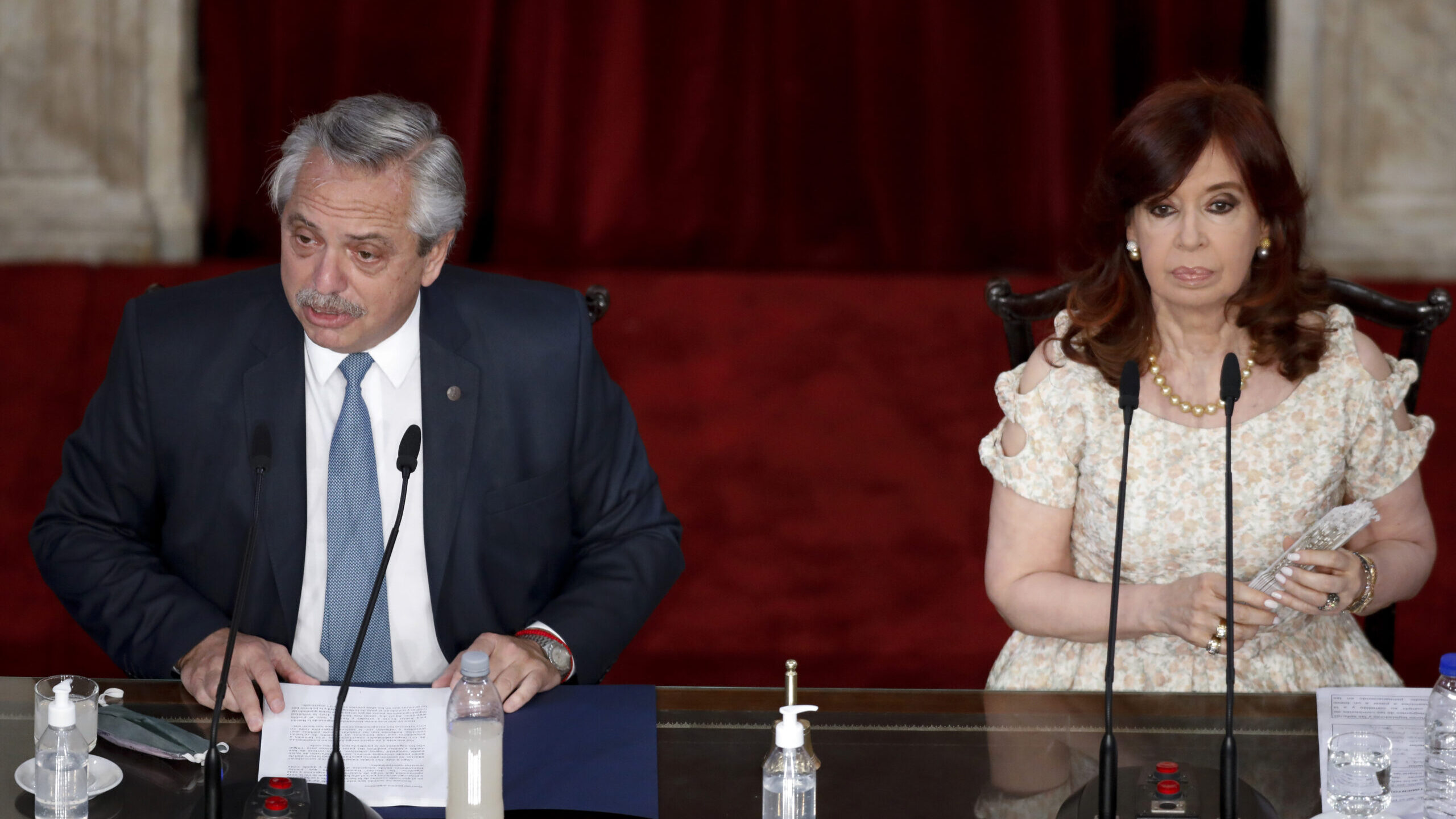 Argentina is living through a deep political division that affects all the institutions of society, including education. While politicians clash in the public arena and the courts, Argentine children pay the consequences of these differences.

On April 14, President Alberto Fernández announced, through a Decree of Necessity and Urgency, the suspension of in-person classes for two weeks, starting on April 19, in the Metropolitan Area of Buenos Aires. The region groups together the Autonomous City of Buenos Aires and its surroundings, which are part of the Province of Buenos Aires.

“The Province of Buenos Aires woke up with protests in schools demanding in-person classes,” said journalist Gabriel Bastidas on the day the decree went into effect.

The president took this decision without consulting Horacio Rodríguez Larreta, the Autonomous City of Buenos Aires’s government head, according to local media. He is the political successor of Mauricio Macri, who was president between 2015 and 2019, the first and only not Peronist since 2001. Fernández’s decree also went against the opinions of the ministers of health and education, Carla Vizzotti and Nicolás Trotta.

Tension arose instantly. The VIP vaccination scandal — which came to light when influential people who were not eligible to receive the COVID-19 vaccine were vaccinated in February — had already undermined Fernández’s credibility in health matters. The minister of health, Ginés González, resigned as a result, and the event affected the opposition’s perception of Fernández’s decision on schools.

Hours later, Fernández and Larreta met at the Quinta de Olivos, without reaching any agreement. Fernández criticized the head of the Buenos Aires government for his “arrogance and rebellion.” Larreta sought and received the support of three judges from the Autonomous City of Buenos Aires who ruled in favor of in-person classes.

The head of Buenos Aires’s government announced the ruling on the night of April 18. Fernández’s opponents celebrated the result.

“It is clearly a political fact. We are talking about an election year,” said Carlos Riello, an Argentine sociologist and economist. “Since the pandemic began, there have been permanent demonstrations of the opposition. … During Macri’s administration, [the government] dropped its education budget by 26 percent. During the years of María Eugenia Vidal [former Governor of the Province of Buenos Aires and Macri’s political protégé], there were 58 days of strike, and [the government] never sat down to settle with the union.”

“The reality is that the problem is not education. It is a political flag that [the opposition] took as if they were defending education,” Riello said.

Amid the uncertainty that the contradictions within the government provoked, parents took their children to school on April 19. Meanwhile, the teachers’ unions called for a strike. Simultaneously, the Supreme Court worked on the dispute between the federal and local government in a process that would take weeks.

On April 20th, a federal judge overturned the decision of the city judges, but Larreta’s government ignored this new turn. In response, Fernández accused him in a public speech of a “crime of disobedience” and urged private schools to suspend classes.

The health emergency had turned into a political conflict with many nuances.

“From the beginning, President Alberto Fernández resorted to the Decree of Necessity and Urgency to manage the pandemic. It was justified in early 2020 mainly due to an unpredictable health emergency. However, at this point, several constitutionalists are questioning whether to continue using that extraordinary tool, given that the pandemic is still ongoing, but now it has predictable waves,” said Julián Portela, a professor of Constitutional Law at the National University of La Plata.

“The big question is whether the nation [the federal government] can, in such exceptional circumstances, regulate on issues traditionally handled by the local government,” he said.

Argentina is a federal republic made up of 23 provinces and the Autonomous City of Buenos Aires. The provinces pre-existed the republic and delegated their power to it when it came to be. That is why “it is necessary to differentiate the provinces of the Autonomous City of Buenos Aires,” which, according to Portela, “only appeared in 1994. Before it was a federal territory as the nation’s capital.”

Classes were held in person in the Autonomous City of Buenos Aires. At the same time, in the Province of Buenos Aires, Axel Kicillof, former minister of economy during the presidency of Cristina Fernández de Kirchner and current governor, joined the president’s decree and kept the virtual class model. As a result, in the province, infections among young people ages 10 to 19 fell almost 30 percent, while in the city, they rose by 7 percent.

The president complained about the country’s rule of law: “I am a man of law. I respect the judiciary’s rulings. But you do not know how much it saddens me [to see] the decrepitude of law transformed into a verdict. It is the time that I am living through, and we also have to fight against that,” he said.

Vice President Cristina Fernández de Kirchner went further on her criticism. “It is very clear that the blows against the democratic institutions elected by popular vote are no longer like they used to be,” she said on Twitter, alluding to the coups that Peronism faced in the twentieth century. She was the President of Argentina from 2007 to 2015, is the widow of former President Néstor Kirchner (2003–2007), and endorsed Alberto Fernández’s candidacy.

From Riello’s perspective, the judiciary in Argentina favors the party of Macri and Larreta: “They are ruling against the government because they want to diminish it. They do this constantly.”

“The City of Buenos Aires becomes just another federal district according to the 1994 Constitution. … All the suspicions regarding the Court come then. The ruling party has systematically attacked it,” said Carlos Fara, a political consultant who believes that attacks come from both sides.

Leaving aside the health issue, Portela believes that the appropriate legal procedure was followed: “The [correct] path was to go directly to the Court because a subnational government was raising a claim against a national measure. So the Court was right to rule on the issue. The sad thing is that the judiciary had to intervene when the issue was the lack of institutional dialogue.”

Among the main concerns was that the problem would end the cooperation that Fernández and Larreta had engaged in since the beginning of the pandemic, working together with Kicillof.

“It should not be ruled out [that they continue to work together]. Obviously, there will be issues of greater or lesser levels of confrontation or agreement. But we are already entering the election period, and Rodríguez Larreta is the best opposition figure for the 2023 presidential election. Based on that, it seems to me that it will be difficult for them not to escalate [their differences] from time to time,” said Fara.

Although the conflict has a political background, Argentina has made an effort to resume in-person classes after one of the longest strict quarantines on the continent.