One survey found more than 60 percent of women- and minority-owned small businesses could lose significant opportunities. 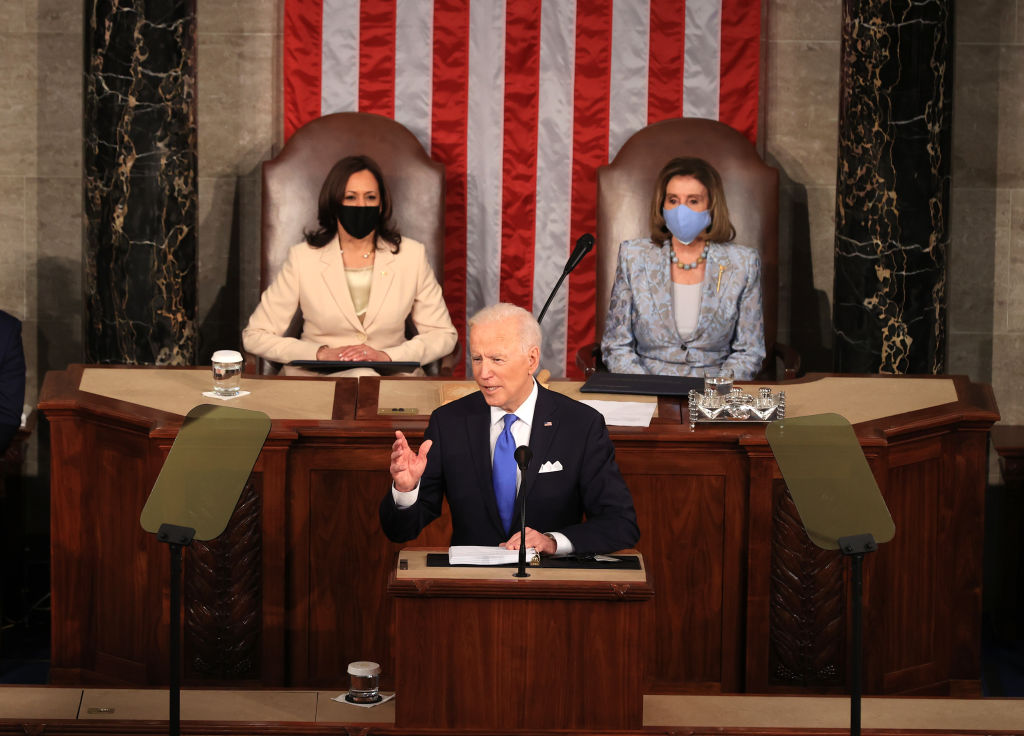 U.S. President Joe Biden addresses a historic joint session of Congress in April, where one of his central themes was job creation. (Photo by Chip Somodevilla/Getty Images)

When President Joseph R. Biden spoke to the joint session of Congress in April, one of his central themes was job creation. However, some say his support for pro-union legislation could undercut efforts at job creation, especially among those working as independent contractors, a recent survey showed.

Support for the bill H.R. 842, known as the PRO Act (Protecting the Right to Organize Act), has fallen along predictable lines: pro-union advocates support while pro-business advocates oppose.

“From taking away independent contracting jobs from moms working at home to stripping vital privacy protections from all Americans to forcing many small businesses to close their doors, the PRO Act would radically change our country’s labor laws and lead to a significant regression in our recovery from the COVID pandemic,” said Kristen Swearingen, chair of the Coalition for a Democratic Workplace, a group composed of more than 600 business and industry organizations, including National Small Business Association, National Federation of Independent Business, National Restaurant Association and U.S. Chamber of Commerce.

The PRO Act, which has already passed the U.S. House of Representatives, could have a major impact on small businesses, according to a recent survey conducted by Alignable, an online network that includes more than 6 million small business members, with 7 in 10 projecting layoffs, severe cuts in revenue and even closure.

The bill lays out broader definitions for employee, supervisor and employer to create a bigger scope of coverage of the fair labor standards, allowing more types of businesses to unionize, the nonpartisan Congressional Research Service said. It also would allow unions to collect fees from non-union members represented by labor agreements negotiated by the union.

“Good guys and women on Wall Street, but Wall Street didn’t build this country. The middle class built the country, and unions built the middle class.” Biden told the joint session of Congress on April 29. “So that’s why I’m calling on Congress to pass the Protect the Right to Organize Act — the PRO Act — and send it to my desk, so we can support the right to unionize.

However, small-business owners fear losing business from the legislation, particularly those working as independent contractors. They worry their opportunities will be severely diminished by such legislation.

A majority of independent contractors fear losing 76 percent or more of their business, per the Alignable survey. Almost half of the small business owners responding to the survey — 45 percent — said the PRO act would force them to shut down their business. The survey found that more than 60 percent of both women- and minority-owned businesses would lose significant business opportunities, with mothers who freelance to accommodate their children’s schedules making up a significant portion of respondents.

“If passed, the PRO Act would be a barrier to employment, the overall business recovery and prosperity, in general,” Eric Groves, CEO-co-founder of Alignable. “The PRO Act could threaten the American Dream of owning your own business, while also crippling the small-business economy, which is just starting to rebound from COVID’s devastation.”

The PRO Act stands to introduce California’s labor definitions, making it harder for workers who aren’t at a business’ physical location to be classified as independent contractors, which have different rights and responsibilities respective to their employer, according to the U.S. Chamber of Commerce.

That is contested by William B. Gould IV, a law professor emeritus at Stanford University and a former chairman of the National Labor Relations Board under the Clinton administration. The PRO Act would apply the ABC test used in AB 5 to the National Labor Relations Act, which regulates collective bargaining in private companies. Three specific points define an independent contractor. AB 5 applies the ABC test to a large part of California’s labor laws.

That’s a sticking point for the U.S. Chamber of Commerce, which worries about the impact on freelancers.

California’s standard makes the “use of legitimate independent contractors far more difficult” because it “prevents employers from classifying individuals as independent contractors under state wage and hour law except under limited circumstances,” wrote Sean P. Redmond, the U.S. Chamber of Commerce’s executive director of labor policy, on the organization’s blog.

Liya Palagashvili And Michael D. Farren, scholars at George Mason University agree, writing, “…many current [California] contractors wouldn’t become employees, as acknowledged by the nonpartisan California Legislative Analyst’s Office. Instead, a large number of them would lose their work opportunities.”

Since classifying a laborer as an employee can come with additional taxes, responsibilities and labor rights, employers can encounter more expenses with employees when compared with independent contractors, Redmond wrote. Likewise, being classified as an employee can also rob the worker of desired flexibility.

Redmond argues the PRO Act, like its California model, will disrupt the “gig” economy, especially businesses with offsite independent contractors like Uber and Lyft.

“The California standard” continues to disrupt longstanding business relationships involving independent contractors ranging from freelance journalists to actors portraying Santa Claus,” Redmond wrote. “The results have been disastrous for many.”

The Economic Policy Institute said the PRO Act would protect the right to join a union by “unrigging the rules that are tilted against workers,” while the AFL-CIO said the bill would deliver “generational change” on workers rights. The organization addresses the “needs of low- and middle-income workers in economic policy discussions,” per its site.

“This fight is about strengthening fundamental civil rights. It’s about making us safer on the job, creating fairer workplaces and building a stronger economy. In the wake of a devastating year for America’s workers, that cause has never been more urgent,” AFL-CIO President Richard Trumka said in a statement after the House passed the PRO Act.

“Everyone deserves the basic protections and dignities that come with a union card. The day the PRO Act is signed into law, tens of millions more working people will finally be free to carry that power in our pockets,” said Trumka.

While the bill passed the House by a vote of 225 to 206, it’s facing a battle in the Senate, where it’s likely to need 60 votes to avoid a filibuster in the 50-50 body. However, supporters of the bill received good news on April 19, when moderate Sen. Joe Manchin (D-West Virginia) signed on as a co-sponsor.

“Nearly half of new unions fail to reach a contract within their first year because their employers won’t even come to the table. That is plain wrong. I support the common-sense reforms in the PRO Act that will level the playing field and protect workers’ rights,” Manchin stated.