Australian Millennials In No Rush Down The Aisle

Australians want to meet their life partner at 31 and get married at 33. Millennials are happy to wait longer, research suggests.
By Hannah Ryan May 11, 2021
Facebook
Twitter
Linkedin
Email 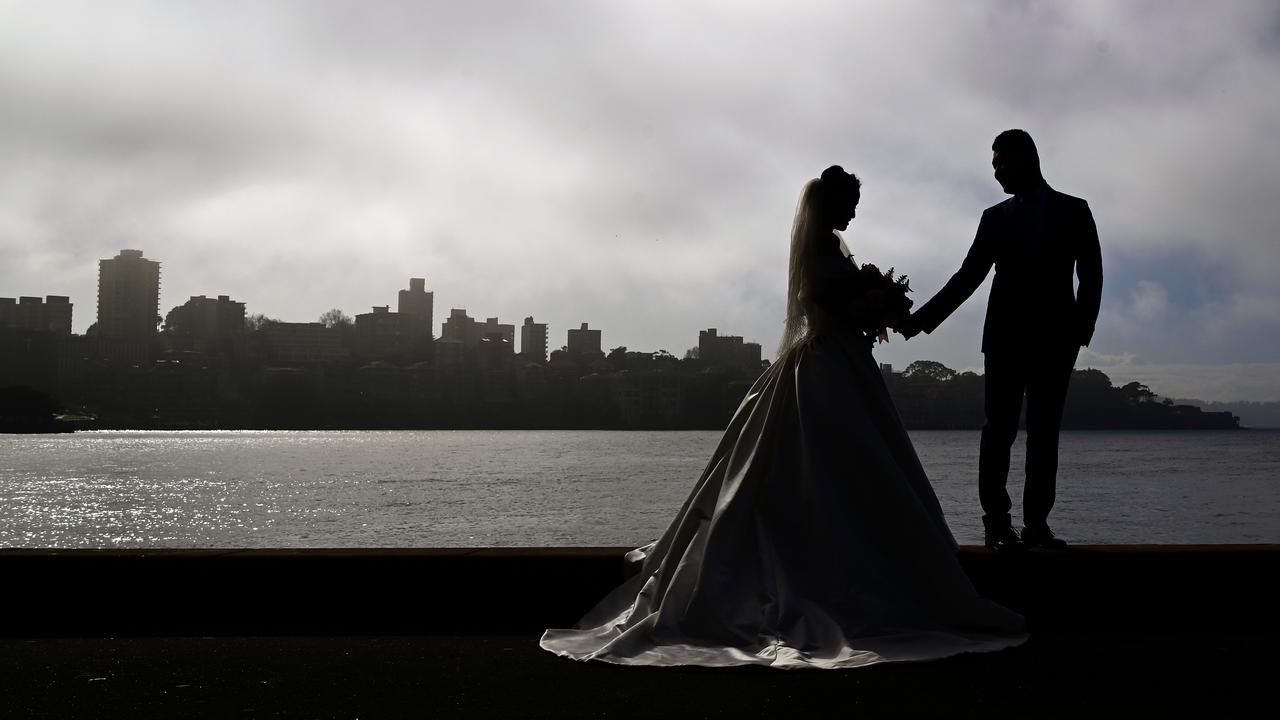 Millennials are in less of a hurry to marry and have kids, research shows. (Joel Carrett/AAP Image)

SYDNEY — Australians want to meet their life partner at 31, get married at 33 and have kids at 34, as per the numbers collected by dating website eharmony.

The numbers suggest Aussies see their 20s as a time for adventure and flings, leaving such serious matters as engagement, buying a property and walking down the aisle till the next decade.

Nearly half — 45 percent — of the more than 2000 Australians surveyed by eharmony believe marriage is less important than it was for previous generations.

Millennials are also in less of a hurry to have kids. The average age they say they want to start a family is 37.

They also think 36 is the ideal age to marry — three years later than the average suggestion of 33.

But their mums and dads might be getting impatient with them, as baby boomers believe 30 is the ideal age to get married, with kids following the next year.

On average, Australians want to enter their first serious relationship at 27, meet ‘the one’ at 31 and have kids at 34.

Men are slightly happier to wait to marry: women are keen to tie the knot by 32 on average, while men nominate 35 as their deadline.

While some 43 percent of people still think children should come after marriage, only eight percent want to wait until they sign on the dotted line to have sex.

Perhaps for obvious reasons, eharmony’s survey did not ask respondents to nominate the ideal age for a divorce.

But the number of divorces in 2019 fell just shy of half of the number of new marriages, 49,116 and 113,815 respectively, as per the Australian Bureau of Statistics. The data also states that there were 5,507 same-sex marriages in 2019, accounting for 4.8% of all marriages.

Two Melbourne entrepreneurs say their do-it-yourself divorce platform will help those who fall foul of those statistics to navigate the complex and expensive family law system.

Split Easy helps couples negotiate and document their divorces, guiding them through a step-by-step process to figure out a reasonable division of assets. Then it generates the legal documents required to carry out the plan.

Split Easy Chief Executive Officer Nicholas Zoch says his own divorce opened his eyes to how expensive the process can be.

“It’s not uncommon for Australians to end up paying around AU$200,000 ($156,839) in legal fees while going through the court process when filing for divorce,” he says.